No doubt you've heard of Genshin Impact, the open-world action RPG that's taken the world by storm, or you're currently playing it because it's pretty addicting! With a massive world to explore, beasties to kill, materials to grind, there's something for everyone. There's also a lot of puzzles to solve in Genshin Impact, whether it's to kill certain enemies, light things on fire, follow things, you name it, it's probably got it! One puzzle vexing gamers, in particular, is the Luhua Pool Secret Puzzle. How do you solve it?

Once you've done pretty much everything in the region of Mondstadt, a new a lush region known as Liyue is where to head to next. Most players will have no doubt, probably explored this location well before you were meant to! As you head towards Liyue Harbor, you might come across the Luhua Pool; this pool holds a secret, as there is a platform in the center of it surrounded by a magic barrier. 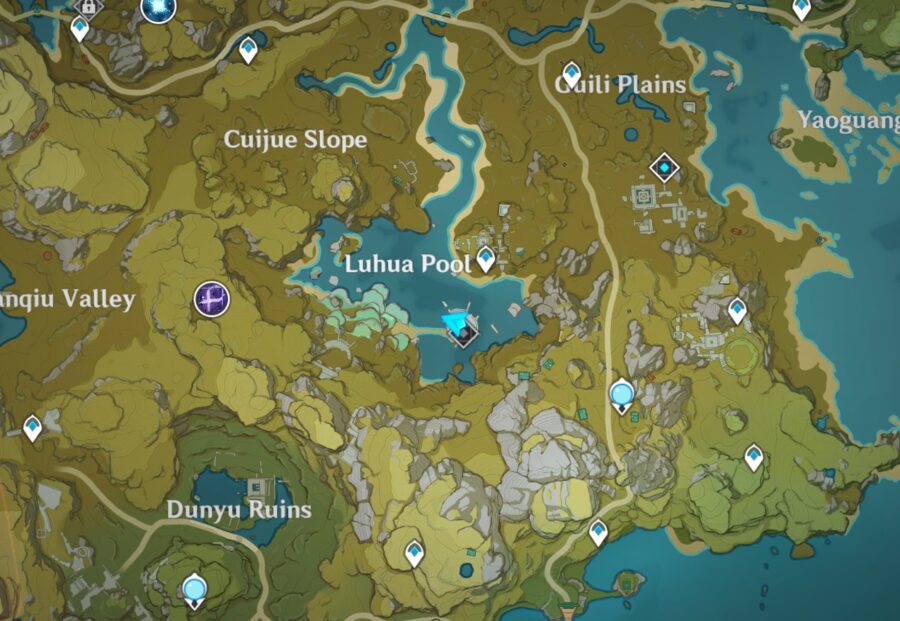 The fastest way to get there is to fast travel to the Statue of the Seven unlocked south of the Qiongi Plains. From there, you want to head to the northwest until you hit a body of water; from the water, if you look and head to the west, you should see the Luhua Pool platform. Either walk across the southern part of the water until you are close enough to glide over, or you can attempt to swim! You should see a series of fire pedestals on the platform, but all of them are locked behind their individual barriers.

Once you're there interact with the Rune Marker, but if you cannot interact with it, the questline at the central ruins of the Guili Plains has to be completed first. Now once you activate the marker, the following words will appear on your screen.

Let anyone who follows in the footsteps of the immortals kowtow before the treasure's gate.

Even though it's pretty mysterious, the answer is pretty simple. As you start lighting up the fire pedestals randomly, after the 4th pedestal has been lit, they'll all be extinguished. The secret is only to light the pedestals that still have a pillar behind them, simple! Once you light up those three pedestals, you'll have access to the Domain underneath.

Now, even though you can unlock this Domain, it can't be entered until you are Adventure Rank 30, with a recommended party level of 60. This means that you'll have to Ascend your characters a few times before you'll be able to enter and complete this difficult domain!