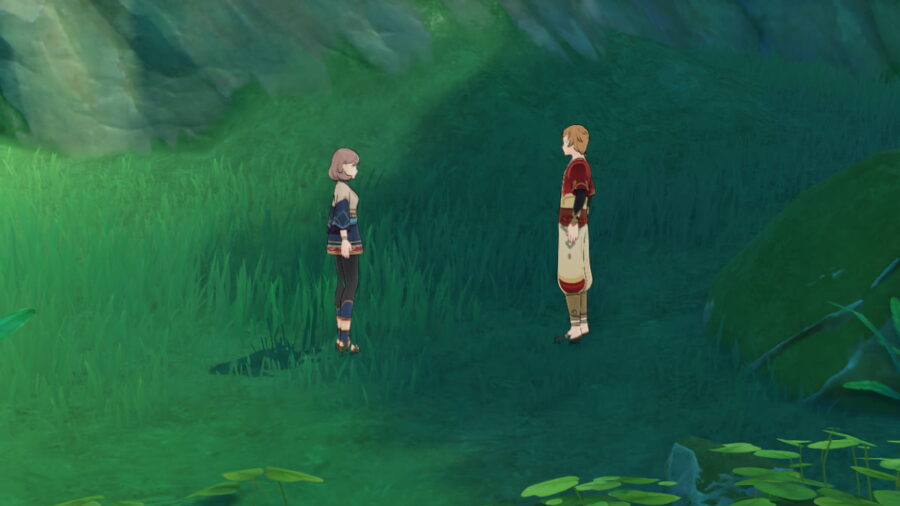 The Price is a hidden World Quest that you can unlock after opening a Common Chest in Port Ormos. It tells the uncertain tale of two low-ranking Fatui members plotting to escape the organization.

Start by heading to Port Ormos via the northern Teleport Waypoint. Once you're there, cross the bridge to immediately find three buildings—one in front, one on the left, and one on the right. You must head to the back of the building on the left, where the arrow is pointing in the image below.

You'll immediately spot a Common Chest at the back of the building. Loot the Chest to initiate dialogue with Paimon, which marks the official start of this World Quest.

Related: How to complete Where the Dandelions Find Rest World Quest in Genshin Impact

After unlocking The Price, follow the quest marker to Devantaka Mountain. Step onto the glowing spot to listen in on a conversation between two Fatui members, Alexandra and Przheva. Speak with them and agree to help. Next, follow the quest marker to the ambush point, which is also another glowing spot on the map. You'll eventually hear a cry for help.

How to unlock the Date of Departure Achievement in Genshin Impact

After completing The Price World Quest, head to Port Ormos using the same northern Teleport Waypoint. Cross the bridge and turn toward the building on the left, where you'll find a glowing piece of paper stuck on a crate. Interact with it to obtain the Quest Item called Unsigned Note, which informs you that the Fatui had managed to leave—albeit with the foreboding message that only half a load of cargo managed to escape. You'll immediately unlock the Wonders of the World Achievement called Date of Departure.