After you've finished with the quests in the Mondstatd region, you'll be wanting to explore the next area available, which is the region of Liyue. The lush green trees of Mondstadt are replaced with towering mountains; both look absolutely marvelous. The quests like in the Mondstadt region can be pretty weird. One such quest in Liyue is when you get to Mingyun Village, a ghost will ask you to do him a favor. Upon speaking to this see-through looking chap, it'll start The Tree Who Stands Alone quest.

The Tree who Stands Alone

The spirit's name is Yuan Hong, and he'll task you to find a large hut in the village. Head to the south of the village, and you'll see it; it looks very decrepit. Enter the hut, and you'll find a book. Interact with said book to progress the quest. The quest now wants you to track down 4 Wills that are hidden in different areas. 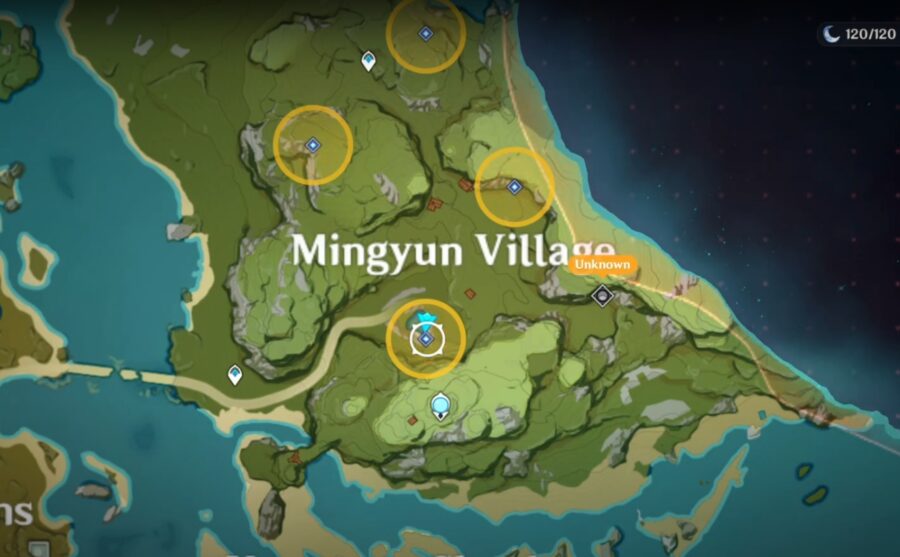 The first Will is located to the south of the village in a cave, next to a small pond, guarded by a Hilichurl. Noctilicous Jades can be mined from within the cave.

The second Will is found to the east, once again in a cave. Outside the cave are 3 Hilichurls, but only if you haven't killed them already to unlock the Exquisite Chest, they were guarding. Inside the cave, an array of mining materials can be found: White Iron Chunk, Noctilucous Jade, and Cor Lapis.

This will is located in the north, in a cave. Can you see a pattern yet? A Hilichurl and 3 geo slimes are outside, but you can swim right past them if you prefer to do so. Inside, Iron Chunk, White Iron Chunk, and Noctilucous Jade can be mined.

The last part of the Will is found in the west, also in a cave. This cave, however, has two entrances. The southern entrance has 3 Electro Circins guarding an Exquisite Chest, and the northern entrance is protected by a Blazing Axe Mitachurl and 3 Hilichurls also guarding an Exquisite Chest. If you've already previously opened these, then no enemies will spawn. Iron Chunk, White Iron Chunk, Noctilucous Jade, Cor Lapis, and a hidden Geoculus can be found inside the cave.

Putting all the pieces together gives you a map that can be looked at in your inventory. Follow the waypoint to where you can find a large tree with a question mark symbol on it. When you start approaching the tree, 4 treasure hoarders will ambush you. Dispatch them all and head once again to the tree. Dig up the treasure, and a Precious Chest will spawn. 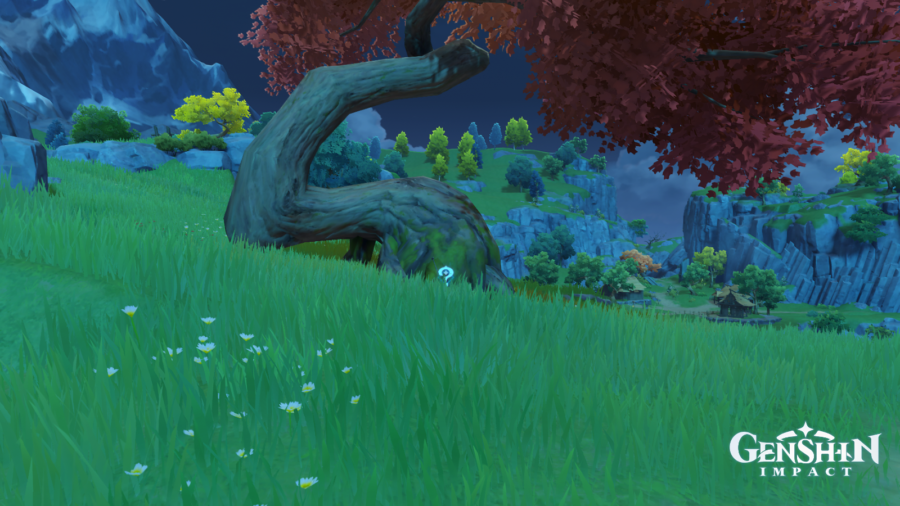 Genshin Impact: Where to find the Philanemo Mushroom

Genshin Impact: Where to find the Cecilia