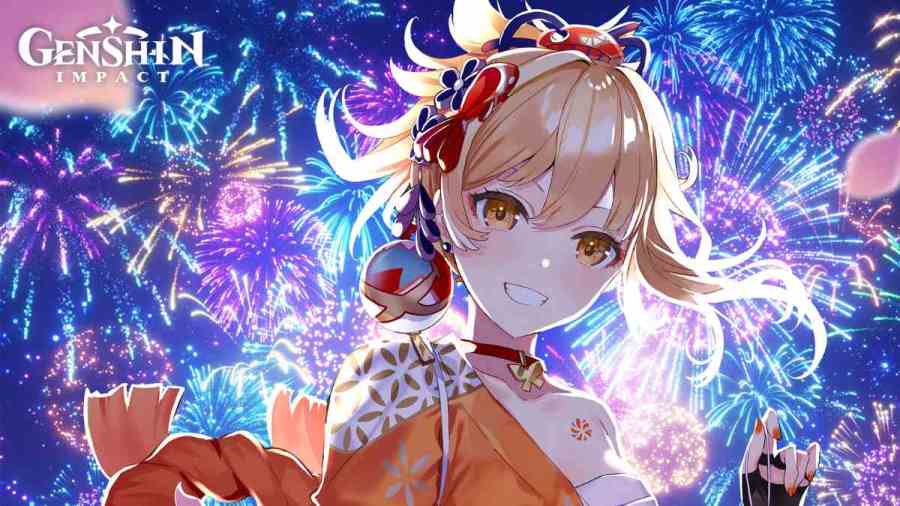 As its name implies, the Thundering Pulse bow in Genshin Impact is a formidable weapon. It has a Critical Damage sub-stat and a weapon skill that boosts attack and normal attack damage. Because of this, it's become one of the most sought-after bows for DPS characters with its introduction to the game in Version 2.0. Since then, more characters and weapons have been added to the game, but Thundering Pulse remains a top-tier weapon choice. Here are our picks for the best characters to wield it.

Best Bow Characters to use Thundering Pulse in Genshin Impact

Going from "They probably shouldn't use it" to "they'll clear the Abyss for you," here are the nine best users of the Thundering Pulse bow in Genshin Impact:

Venti is traditionally more of a Sub-DPS character than a Main DPS character. He does significant damage, largely via the swirl reaction off-field after unleashing his Elemental Burst. Swirl does not cause Critical hits, so Thundering Pulse's sub-stat is largely wasted by Venti. There are much better bow options, like The Stringless or Elegy for the End, for this character to use to boost his damage.

Building DPS Amber is one way to do it if you're looking for an extra challenge in Genshin Impact. Being a starter character, she doesn't have as high of multipliers or damage ceiling as other characters. You'll get much higher numbers giving Thundering Pulse to just about anyone else. However, if you want to spoil Amber and make Baron Bunny showcase videos, by all means, go ahead.

Much like Amber, Aloy was a character given to players for free around the time of Genshin Impact's first Anniversary. She's a five-star character, but her multipliers and damage ceiling don't really match that of other five-star characters. She also has no available constellations to boost her power. That said, Aloy's kit is focused around her as a main DPS, even if she is lackluster. You could give her the Thundering Pulse bow for a damage showcase video, but there are much better wielders out there.

Yelan is a newer five-star character with a lot of utility. She can do significant off-field damage, and make traversal in the world of Genshin Impact quick and easy with her Elemental Skill. The problem with her using Thundering Pulse is that her damage is largely done off-field and scales heavily based on Max HP, not attack. Thundering Pulse is geared for on-field damage. Yelan can make much better use out of a weapon like Fading Twilight, Sacrificial Bow, or even the three-star Recurve Bow if you don't have her five-star bow, Aqua Simulacra.

Related: Is Yoimiya worth pulling for in Genshin Impact?

Ganyu has been a powerhouse in Genshin Impact since her introduction to the game in Version 1.2. Even after nearly two years, she remains a staple of some late-game Abyss teams thanks to the wild damage she can do via her Charged Attacks. While she can use the Thundering Pulse's boosts to attack and Crit Damage, she has other options that are easier to obtain, like Prototype Cresent or Amos' Bow. These weapons focus on boosting her Charged Attack damage, where she really shines.

Tighnari was considered Ganyu 2.0 when he was introduced to Genshin Impact and the Sumeru region. He does tend to do the most damage via his Charged Attacks, but his kit also hinges on him taking advantage of the Spread Elemental Reaction. This reaction can score critical damage, so Thundering Pulse's sub-stat can be very useful to him. Even though he doesn't frequently use normal attacks, Thundering Pulse also boosts attack after using an elemental skill, which Tignhari frequently uses to fire quick Charged Attacks in succession. He can make use of some easier-to-obtain weapons, like The Stringless or Hamayumi, but if you have Thundering Pulse and want to add some purple to his crazy color palate, it's a valid option.

Related: Is Childe worth it? Should you pull for Childe (Tartaglia) in Genshin Impact?

For being a four-star, sub-DPS character, Fischl can take more advantage of Thundering Pulse than you might think. Then again, Fischl is just one of those characters that will always deal more damage than you might think. Thanks to her Ascension level four talent, higher constellations, and the Spread and Aggravate reactions, giving the Thundering Pulse to Fischl with a little extra Elemental Mastery in her artifacts will make her a top-tier Sub-DPS in any team with Dendro and Electro characters. She can use plenty of other bows that are easier to obtain, but if you want to spoil her with a bow that matches her outfit to boot, Thundering Pulse can do that.

Childe's kit stands out due to the stance change of his Elemental Burst. His kit can be difficult to master, but players that do can use him very effectively as an on-field DPS. Everything about Thundering Pulse, its sub-stat and its weapon skill will boost Childe's damage. The only downside to using it is that there is one slightly better five-star weapon option for Childe, Polar Star. However, if you only have Thundering Pulse on your account, choosing to give it to Childe is a solid option.

This is who the Thundering Pulse was designed for. Everything about Yoimiya's kit, her focus on on-field damage, normal attacks, and her Elemental Skill, plays right into Thundering Pulse's design. She is known to have some difficulty fighting mobs due to her kit's lack of AoE. With Thundering Pulse and the right supports, she can easily take down most boss battles. The bow also looks fairly appealing on her, calling back to her roots in Inazuma.