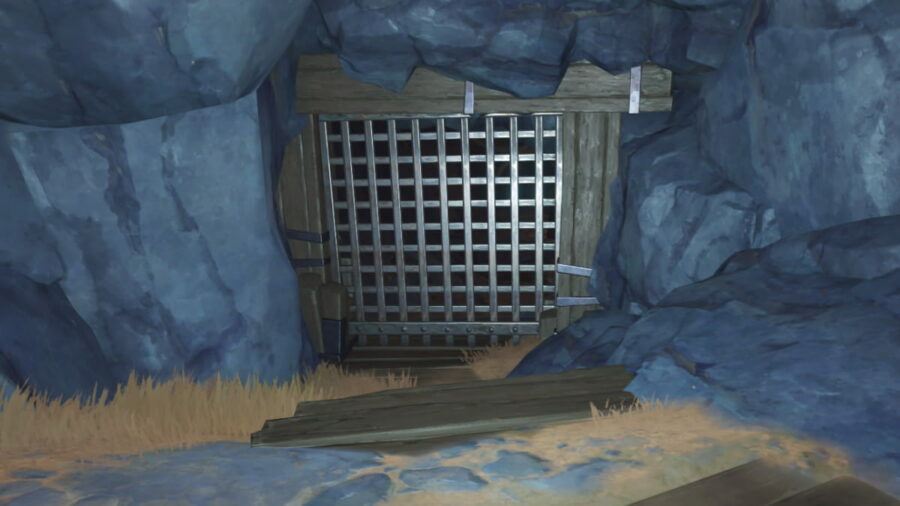 In The Chasm's Underground Mines, you'll encounter a locked gate northwest of the Ad-Hoc Main Tunnel. Unlocking it will allow you to delve deeper into the northern cave, as well as progress toward a Hidden Exploration Objective that involves the Orb of the Blue Depths.

To unlock the gate, you need to find the key located north of The Serpent's Cave. From the Teleport Waypoint, follow the path upward until you reach the area circled in the image below.

Interact with the glowing Investigate spot to obtain the Miner's Key. On the way to the area, you will encounter four other Investigate spots, so make sure to check your Inventory to ensure that you interacted with the correct spot and obtained the key.

Related: How to complete the Perils in the Dark World Quest in Genshin Impact

This is optional, but if you keep moving north, you may encounter a blocked path with Exploding Barrels in front of it. Use an archer to attack the Exploding Barrels, which will destroy the boulder and allow you to use the path toward the Ad-Hoc Main Tunnel at any time. The same can be done from the other side of the boulder.

Head to the area circled in the image above to find the locked gate, which you can open using the Miner's Key. Once inside, you'll encounter a Shadowy Husk named Skeld and a Precious Chest. At the edge of the room, you'll find another gate that can be opened without a key. It will take you to the northern cave, where you can interact with a Seelie and claim a Lumenspar and a few Chests.

Check out our guide on Where to farm Gloomy Statuette, Dark Statuette, and Deathly Statuette in Genshin Impact to find more Shadowy Husks in The Chasm.