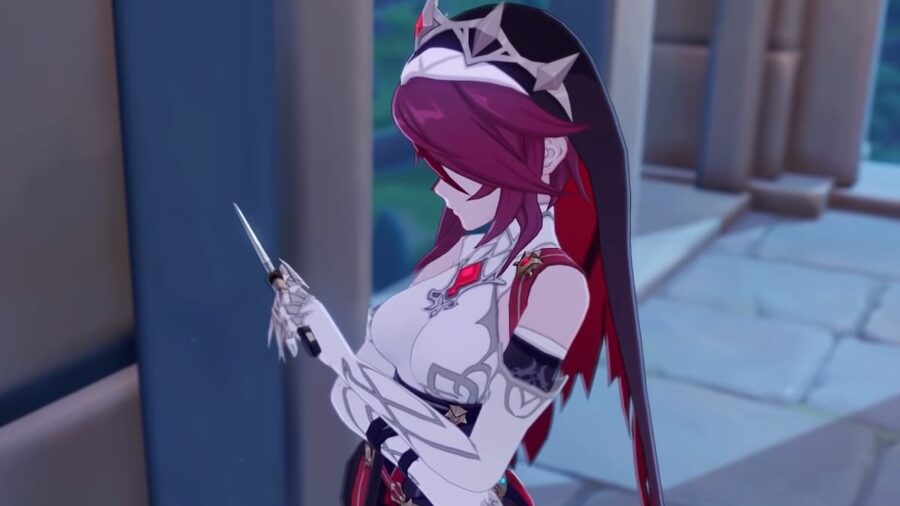 It's no secret that all the vision bearers in Genshin Impact have their own unique personalities. Rosaria is no exception, and despite her day job with the church, she isn't a very spiritual person. She recently got a new costume, and it seems that the other nuns had a hand to play in making her more modest.

Rosaria is a feisty young woman with a tragic past. After her family was killed, she was forced to live and work among thieves, making her early life painful. She eventually found her way to the Church of Favonius in Mondstadt, who welcomed her with open arms.

Rosaria isn't the most religious woman, though, and does even know Venti's real name. Despite her lack of faith, though, she roams Mondstadt at night, taking out any dangers threatening the region. This is all in secret, though, as she appears to be lazy to others due to her sleeping through the day.

Her new outfit, which is much more conservative than her original, was actually made by the Church of Favonius for Rosaria. The outfit actually looks a bit more gothic and even turns her crown to black. While it does seem a bit more conservative, the church obviously still honors her style.

Rosaria is probably anything but happy about this, though, as she will just see it as unnecessary. She thinks that anything with choir, worship, or trying to please the archons is a waste of her time. She is likely trying to figure out how to get her old outfit back or buy one that will displease the church even more.

This is even backed up by the fact that she admits she likes staying in the Serenitea Pot better than the church. If Rosaria had it her way, she would just do as she pleases, free from anyone else's wishes.