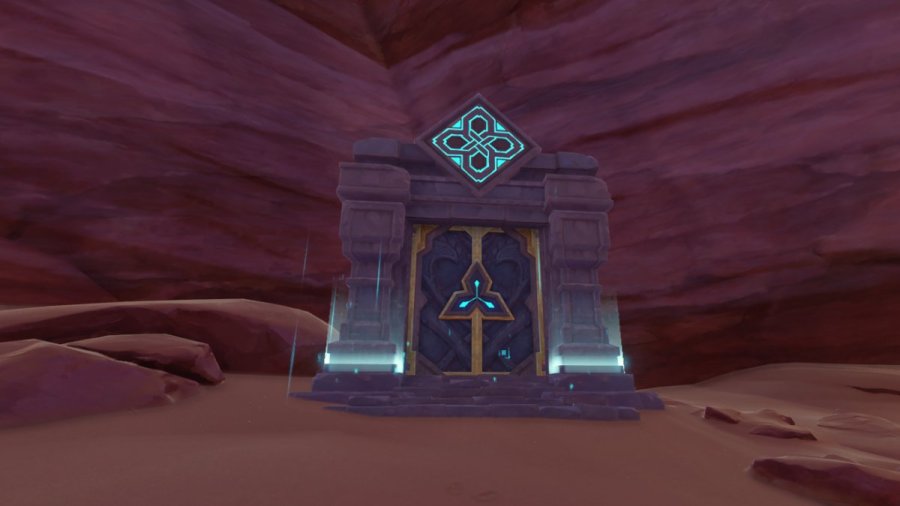 Desert Pavilion Chronicle and Flower of Paradise Lost are Artifact sets that can be farmed from the City of Gold, a Domain located at the depths of Khaj-Nisut. Here's how to find the Domain and some tips on how to farm it fast.

The City of Gold is located northeast of Khaj Nisut. From the nearest Teleport Waypoint, head to the vicinity and glide down to the bottom, where you'll find the Artifact Domain. You don't need to solve any puzzle to enter—simply interact with the Domain to unlock it.

The Desert Pavilion Chronicle is a great fit for Anemo DPS units that rely on dealing Normal and Charged Attacks. Characters who can benefit from this set include Wanderer and Shikanoin Heizou.

The Flower of Paradise Lost is a great fit for support characters that scale off Elemental Mastery and specialize in dealing Dendro Reactions against Hydro and Pyro. Characters who can benefit from this set include Nahida, but team composition is key to making the set work.

The City of Gold Domain will spawn eight enemies, including fungi and Slimes, that spawn in multiple waves. To speed up the monotonous Artifact grind, we recommend the following to help you out:

Check out our guide on How to unlock the Altar of Mirages Domain in Sumeru in Genshin Impact here on Pro Game Guides to unlock another Domain in the desert.