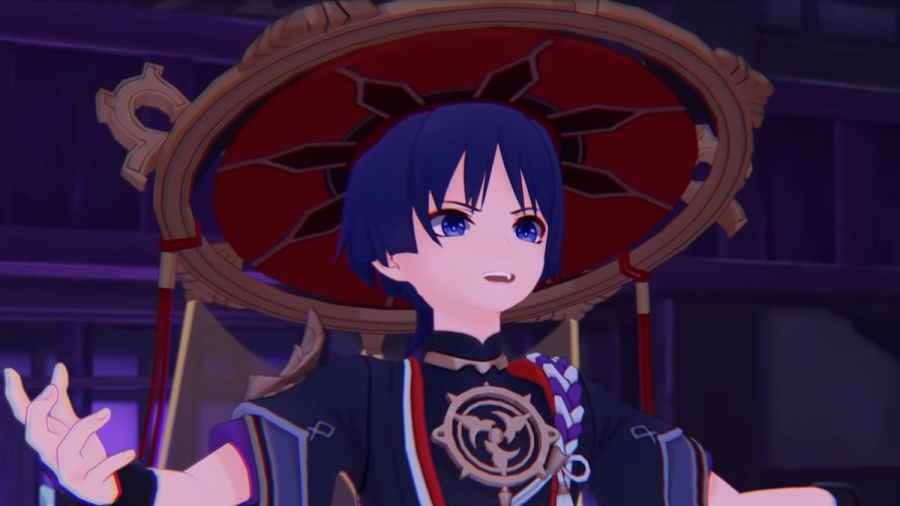 One of the best things about playing Genshin Impact is learning about its various characters. All types of people live in Teyvat, including some who work with the Fatui. Scaramouche is a Fatui member and a character you've likely been hearing about since before Dragonspine existed.

Despite only appearing in the story towards the end of the Inazuma story arc, Scaramouche has been around for quite some time. Scaramouche debuted in version 1.1 of the game during the Unreconciled Stars event.

Related: Who is Baal in Genshin Impact?

He was revealed to be a Fatui Harbinger looking for the secrets of Teyvat. He again appeared in Inazuma at the delusion factory, where he almost killed the Traveler. In exchange for the Traveler's life, Yae gave Scaramouche the electro gnosis.

After talking to Yae at the end of the storyline, it's revealed that he is actually a puppet created by Ai. He wandered Inazuma, where he got entangled and possibly betrayed by part of Nagamasa's group, before being picked up and modified by the Fatui.

Currently, his location is unknown as he has seemingly abandoned the Fatui and ran off with the electro gnosis.

When will Scaramouche release?

Many fans hope Scaramouche to be an upcoming playable character, much like Tartaglia is. Due to the fate of La Signora and lack of confirmation from MiHoYo, his playable status is currently unknown.

If he does become a playable character, you likely won't be able to pull for him until version 3.0, when Sumeru is released or later.

Who is Scaramouche in Genshin Impact?