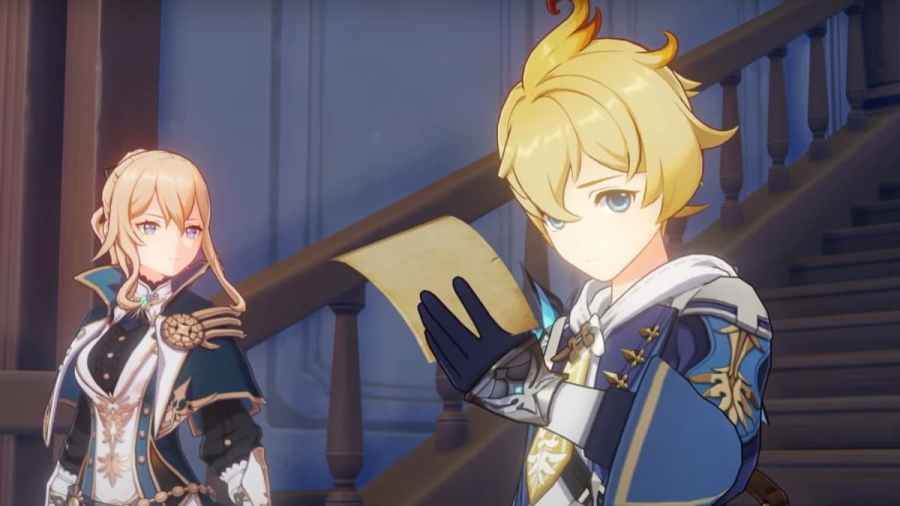 Genshin Impact is a game that loves to sprinkle lore and tease future characters. HoYoverse doesn't abandon regions, either. Characters such as Yelan or Shenhe are happy to introduce new companions from previously explored regions. Varka is a character from Mondstadt that may potentially release in the future.

Who is Varka in Genshin Impact?

Varka is the Grandmaster of the Knights of Favonius. We've yet to see him in game because he has been on an expedition in another region since the beginning. It is strongly suggested that this region is in the far north, potentially Snehznaya, where the Fatui originate. Jean has taken over the position as the Acting Grandmaster in the meantime.

He is a well-renowned figure in Mondstadt and all around Teyvat. Known for his larger than life personality, he is described as rarely lost for words. During Version 3.1's event Of Ballads and Brews, Mika, a member of Varka's expedition, is sent back with a letter written by Varka. Varka describes meeting The Captain, a Fatui Harbinger, during the expedition. Oddly, he implies that he has been working with The Captain, despite the tension between Mondstadt and the Fatui. At the end of his letter, Varka jokes that he must be stronger than The Captain because there is only one Grandmaster but ten Captains in the Knights of Favonius.

During this event, Varka also instructs Lisa to give some items to Razor from his parents. Razor never knew his parents and grew up in the wilds of Wolvendom. Varka is suggested to be a father figure to Razor and was the one who taught Razor how to use a Greatsword. Varka's also helped other prominent Mondstat characters, like Rosaria. He rescued her from bandits at a young age and brought her to the Favonius Church.

Given his importance in Mondstadt, Varka will likely be a five-star character. There has been no official artwork of him, and he has not yet been seen in the game. We can't know what he will look like, but we hope he will be larger than life, as his strength and personality imply.

When will Varka's banner release?

It's unfortunately impossible to say. We don't even know that Varka will be playable, though we would be shocked if he won't. Many characters directly mention him in voice lines, indicating he will likely be coming in the future. There have been rumors of new sections of Mondstadt to be released, such as Dornman Port to the north of the Stormbearer Mountains. Maybe Varka, or other characters related to him, would be added to the game with an area like this.

Who is Varka in Genshin Impact and when will they release?