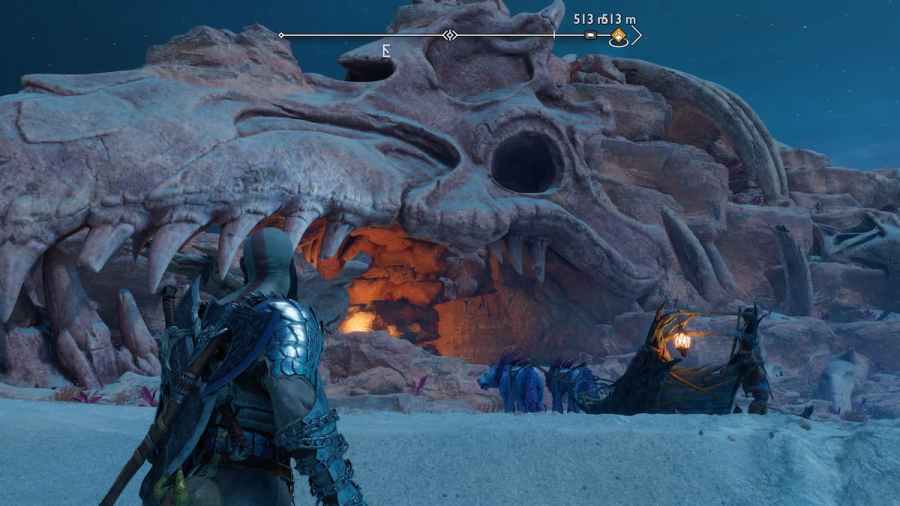 God of War Ragnarok's Legendary Chests are hidden well for a reason. Inside them are generally generous rewards, such as new armor. Looting all of the Legendary Chests in the Barrens will net you special armor that can make your shield strikes much more effective. Here's where to find them.

Before searching for these chests, we recommend completing the Secret of the Sand Favor and helping the pained creature. This will remove the sand from around other chests in the Barrens so you can loot them as well.

First Legendary Chest in The Barrens

The first chest can be found nearby the exit from The Below after helping the Hafgufa. It's inside the skeleton creature's mouth. You'll need to defeat a few smaller enemies before you can loot the chest. Refer to the image above for the location.

Related: Where to find Odin’s Ravens in The Barrens in God of War Ragnarök

Second Legendary Chest in The Barrens

The second Legendary Chest can be found inside a collapsing Dark elf temple in the North part of the Barrens. Refer to the image above for its location. You'll need to defeat all of the Dark elves there, including a Dark Elf Lord before you can loot the chest.

Third Legendary Chest in The Barrens

The last chest to find is in the southern part of The Barrens nearby The Below. You'll need to complete a Hive Puzzle to open the chest. The trick is to throw your axe at the reflection point from the right angle, so that when you recall your axe, it hits the third hive point. Refer to the image above for the location of the puzzle.