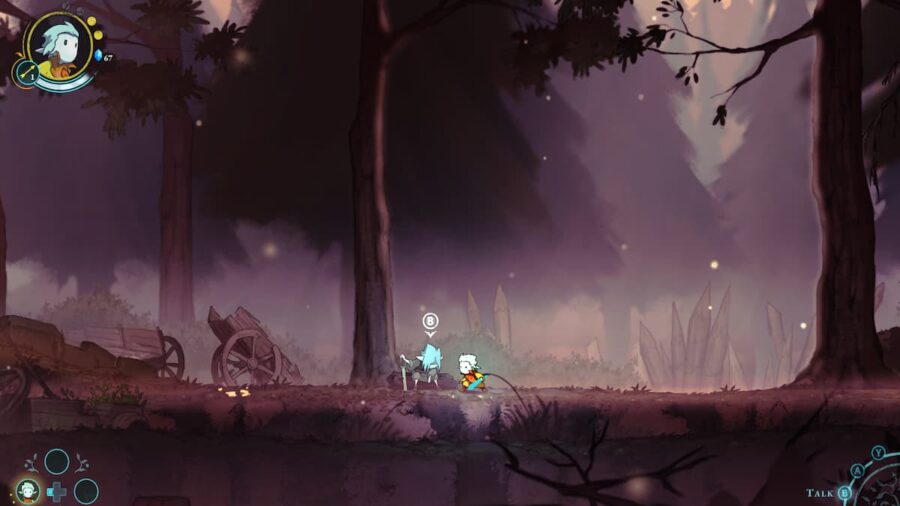 Once you have completed the quest Scout Training from Zack, who can be found to the east of the camp, upon speaking to him again, you can take on another quest, called An Agile Enemy.

For this quest, you need to defeat 10 Plague Bats. Once again, head back to Velhora Waterfalls, to the west of Raven's Road Camp, and you'll find Plague Bats. These are not as common as Plague Crawlers, but you'll have a better look at locating them underground.

Plague Bats fly in the air, making them a hard target to hit with a melee attack. However, they charge at you to attack, which leaves them wide open to be sliced with your sword. You'll notice they have a red aura that surrounds them constantly, but when they are about to charge, this aura disappears. So keep a close on their red aura.

The best way to deal with these agile monsters is from range while they are unaware of your presence. This means you have to use your crossbow. To equip your crossbow, hold down RB on controller or Right Click with your mouse. Use the left analog to aim or move the mouse. When your aim is true, fire by pressing X or Left Click.

Remember, you only have a limited number of crossbow bolts, so using melee will have to be a backup strategy if you run out. When 10 have been killed, go back to Zack, and you'll learn another technique, this time the Upwards Strike!

We've got plenty of other Greak: Memories of Azur guides here at ProGameGuides

Is there a map in Greak: Memories of Azur?

Where to find Plague Crawlers to complete the Scout Training quest in Greak: Memories of Azur?

Where to find four pieces of Rope in Velhora Waterfalls for An Escape Plan quest in Greak: Memories of Azur?

Where to find three Mushrooms in Velhora Waterfalls to complete A Taste from Home quest in Greak: Memories of Azur?

How to use the Cooking Pot and Cook in Greak: Memories of Azur?