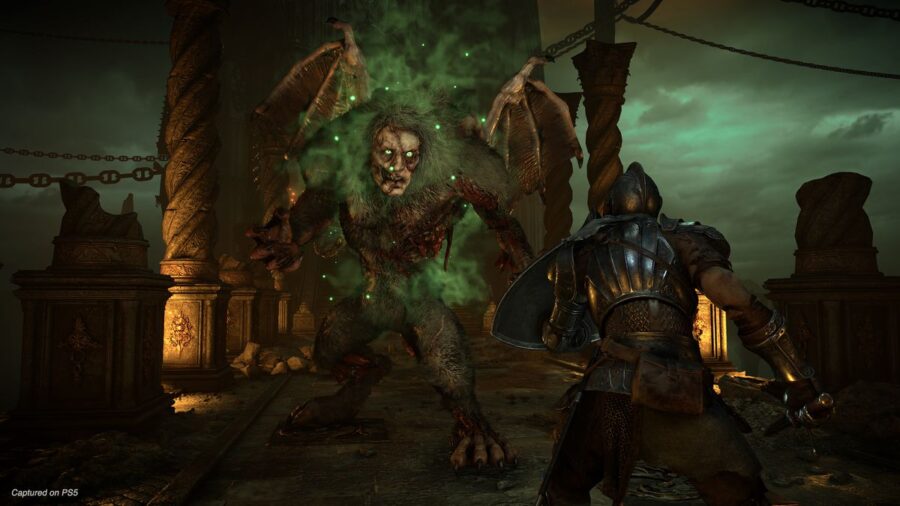 Demon's Souls released back on the PlayStation 3 in 2009, and graphically it was okay, nothing to write home about. Travel to the year 2020 and Demon's Souls for the PlayStation 5 is taking graphics to the next level and showing what next-generation consoles are truly capable of. It's truly breathtaking to see how the game has developed and changed over the years. Now the atmosphere can be ramped up to the max, and you can immerse yourself in the beautiful but extremely deadly world of Demon's Souls.

Demon's Souls on the PS5 features multiplayer of both co-op and PvP, but it does not work like a traditional multiplayer game; there is no matchmaking system or lobbies to join. Instead, the multiplayer mechanic is entirely optional; if you so wish, you don't have to use it and can play the entire thing single-player. Though you must have a PS Plus subscription to play online, you cannot play with other people without it.

Multiplayer works differently depending on if you want to play co-op or want to dive into the PvP (Player vs. Player), as there's a massive distinction between the two - as summoning is co-op, and invading is PvP. However, there are two different types of forms a player can be, which changes access to what form of multiplayer you can use - Body Form and Soul Form.

Body Form is when you are human; you have your full health bar; however, you revert to Soul Form every time you die, with your maximum health halved. You can turn back into Body Form using certain items. We hope you're ready to summon or invade foes when the game releases this November.

In Body Form players, you can access the co-op aspect of Demon's Souls, as you can summon phantoms to your game, and these could either be NPCs if playing single-player or other gamers wanting to help other players. These will always show up as white phantoms to show you they are good and helpful.

In Soul Form, players have access to the PvP side of things, where you can invade player's games and aim to kill them. You should, at some point on your journey through Demon's Souls, pick up a Black Eye Stone; this is the stone you use to invade other people's games and to cause utter havoc. Invading phantoms are always red to show they are hostile and that they can hurt you.

As a summoned or invading phantom, you have access to your weapons but only a limited supply of healing, and when you are dead, you are ejected from the host's game. You lose nothing, but you also gain nothing. So why not, using the pre-order bonus weapon to kill your invading foes!

The multiplayer has been ever so tweaked in the PlayStation 5 version of Demon's Souls, as it now supports up to 6 players online. This allows a host to summon 3 players in co-op, but it also means that 2 other players in PvP can invade you. Both sides of the multiplayer can happen at the same time. Enjoy playing online when Demon's Souls launches on November 12th.