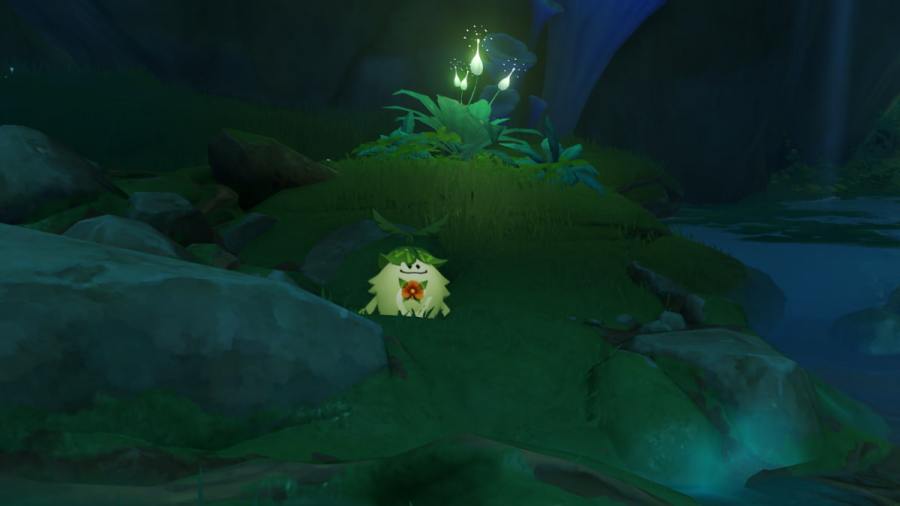 Courage is in the Heart is a Sumeru World Quest where you encounter a talisman near an empty Aranara home. By following clues written in a journal, you and Paimon meet Arashakun, who needs your help finding his courage.

To unlock this World Quest, you first need to complete Static Views. Once that's done, head to the area circled in the image below. Once you get close to the area, Paimon will exclaim that it looks similar to one of the places marked in the Mysterious Clipboard. Defeat the Hilichurls to obtain a Quest Item called Florescent Talisman, initiating the Courage is in the Heart World Quest.

Related: How to unlock the Song of Night and Dawn hidden Achievement in Old Vanarana in Genshin Impact

After obtaining the Quest Item, head inside the Aranara house and interact with the Inconsistently-Written Notes. It will give you an important clue—Arashakun, the Aranara who wrote the notes, is searching for courage in the cave in the east.

The entrance of the cave is located in the area circled in the image above. Head inside and follow the path until you enter a damp clearing with a Hydro Slime. Defeat the Hydro Slime to prompt Arashakun to come down from the giant mushroom. Speak with Arashakun and give him the Florescent Talisman to restore his courage. Then speak with him again and follow the quest marker toward the location of the Furry Mask Demon King.

You can apply Dendro onto the Clusterleaf of Cultivation the arrow is pointing to in the image above to spawn Four-Leaf Sigils, which you can use to head to the designated quest area. Once on the giant mushroom, defeat all the Hilichurls and speak with Arashakun to complete the World Quest. You'll unlock the Wonders of the World Achievement called As the Lion Searched for Courage...

Check out our guide on How to use the Strange Parchment in Genshin Impact – Luxurious Chest puzzle guide to complete the sequel to Royinjan's Chapter in Vimana Agama.

Genshin Impact Courage is in the Heart World Quest guide