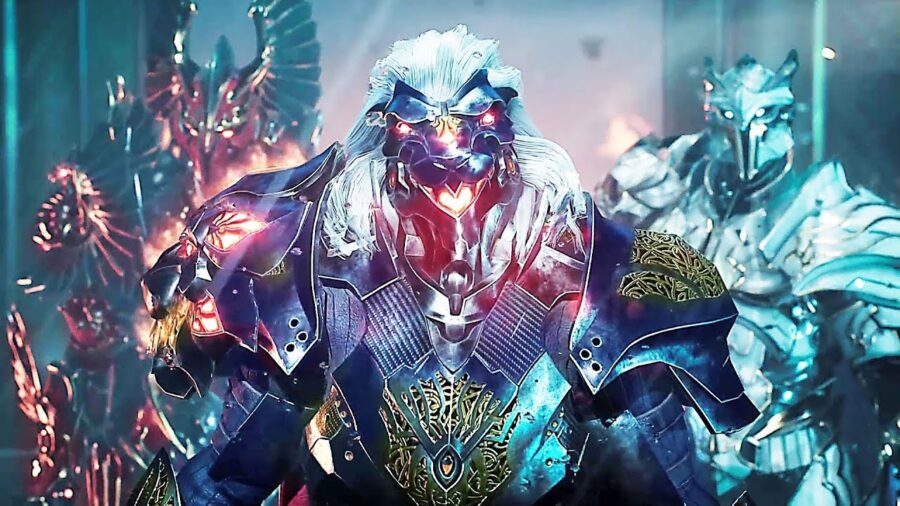 Are you ready to play the upcoming first-of-its-kind, looter-slasher, melee action-RPG? Get ready for Godfall, a new high-fantasy set in a world where the realms are split into four elements - Spirit, Earth, Air, and Fire. You are the last Valorian Knight, of the exalted Knight's Order, and you, and you alone have to prevent a universe destroying event! As a Knight, you are equipped in armor sets called Valorplates, and what Valorplate that is equipped determines your weapon class. Even though Godfall is a looting-slasher, you will not be showered in loot as if it was Diablo 3; it's more of loot is earned for completing missions and quests!

Godfall has a multiplayer feature but only online co-op; it does not have any PvP modes where you can fight against other players in a deathmatch, capture the flag game types or anything of the sort. It is only three players online co-op.

Godfall has a drop in-drop out co-op mode, where you and up to two additional friends can play throughout the entirety of the campaign together. Playing co-op will increase the game's difficulty by the enemies changing behavior based on the number of players in the game. It's very much like the Borderlands co-op mode, and because Godfall is a looting-slasher, it's an excellent comparison! If you purchase the special editions of Godfall, you get additional skins and day-one access to the expansion when it launches in 2021.

No information has been released if cross-play will happen between the PlayStation 5 and the Windows PC version.

Godfall does not offer couch co-op, otherwise known as local co-op; the only way to play with friends is via online co-op. This means for PlayStation 5 users, you will have to be subscribed to PS Plus to be able to access this feature, but for PC players, you just need to have an internet connection, and you're golden. Talking about golden, if you purchase the Ascended special edition of Godfall, you get access to Gold Weapon and Armor skins!

Co-op play will be in the game at launch when it releases for PlayStation 5 and Windows PC this November.