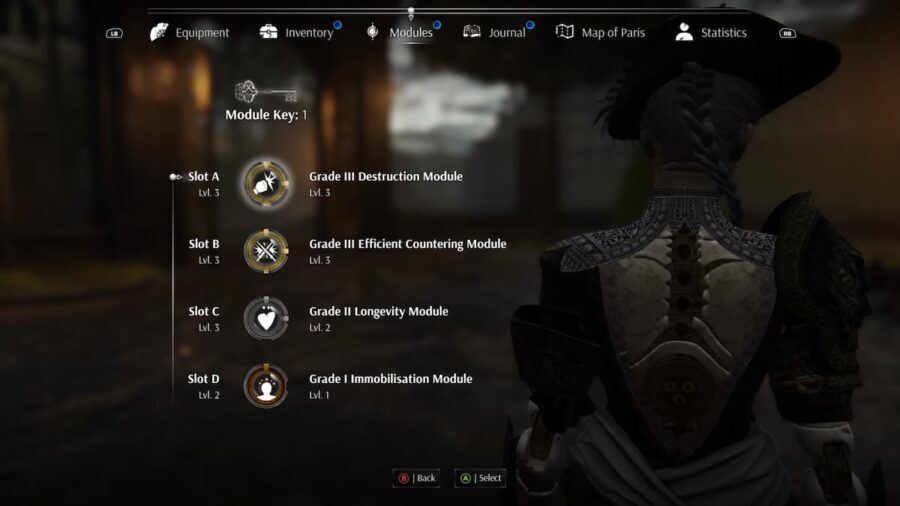 Set in 1789. Steelrising is an alternate French history where Automats have risen under a Tyrant King. You play as Aegis, an Automat herself, as she takes up arms against the King. Aegis has several tools and weapons at her disposal, and she will equip Modules that are passive bonuses to your build. Here's what Module Keys are for and where to find them in Steelrising.

What are Module Keys in Steelrising?

Module Keys are used in upgrading Aegis's four Module Slots. You will initially use the keys to unlock more slots than to upgrade the slots. Module Slots can be upgraded to level, allowing you to equip level three, or gold, Modules. Modules are passive bonuses to Aegis playstyle; they can increase her physical damage, improve the efficiency of Rapid Cooling, and much more.

Level three Modules provide the most significant benefits and are the rarest to find. You can purchase some Modules from the Boutique. However, they are typically found in the world.

Related: All Attributes in Steelrising and what they mean

Where to find Module Keys in Steelrising?

Module Keys can be found in chests out in the world, and be sure to explore each area for hidden pathways and chests. More commonly, they are dropped from the Unstable mini-bosses found in most game areas. You can also buy a limited number of Module Keys from the Boutique, available at any Vestal rest site.

What are Module Keys, and where to find them in Steelrising?