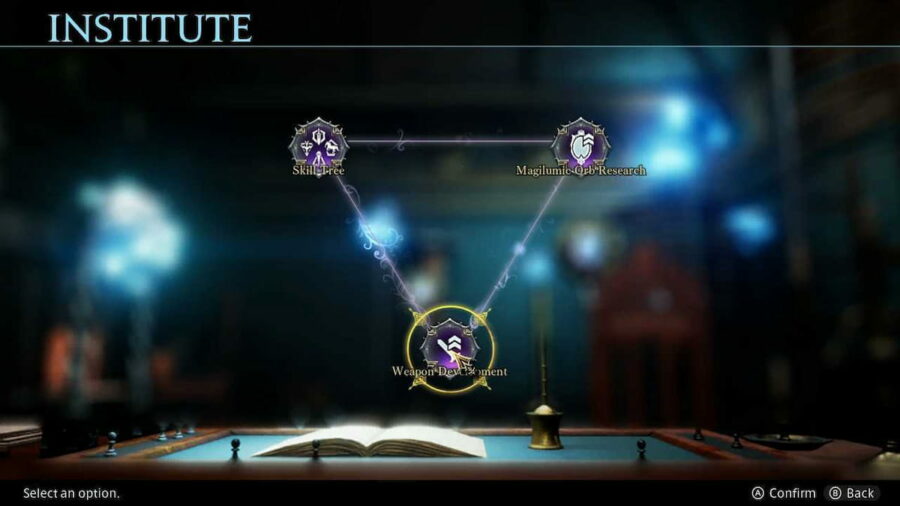 Early into chapter one, you might have received Silver and Gold bars as rewards during your quests. However, The DioField Chronicle doesn’t really tell you what they’re used for and when they can be used. This guide aims to provide an answer to this.

How to use Silver and Gold bars in The DioField Chronicle

The Silver and Gold bars (known as Orichalcum and Electrum in-game) are used to unlock new weapons at the Institute. This is the same shopkeeper who manages the Skill Tree. The Weapons Development menu will be available in chapter two after completing the Value of Weapon Maintenance sub quest. You can also immediately upgrade Weapon Development to rank two by shelling out 1,500G.

Much like the Skill Tree, Weapons Development divides its upgrades by unit type:

Which weapons to unlock first in The DioField Chronicle

As your main damage dealers are Andrias and Waltaquin, invest your Gold bars into Daggers and Staves first. Then, unlock the Sword since the special Swords boost defense. The special Bows boost one’s Luck stat significantly, making them the perfect weapon for Iscarion, who can be built into a deadly sniper.

But aside from that, it’s perfectly fine to invest your resources into the weapons of the characters you use often!