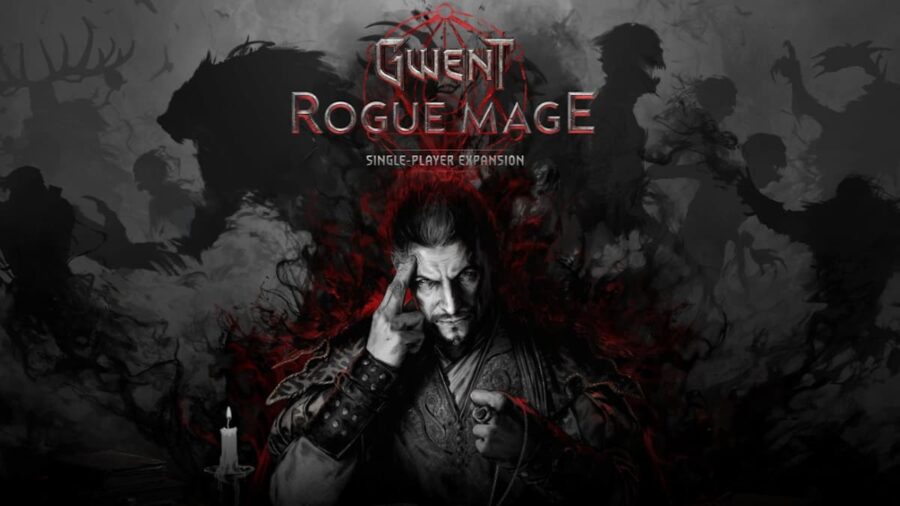 Gwent: Rogue Mage is a new single-player expansion to CD Projekt Red's Multiplayer card game, Gwent. This expansion is a rogue-lite card builder that will see you progress through a small story and various events and battles as you try to complete each run. Here is how to play Gwent: Rogue Mage and a beginner's guide to get you started.

Gwent: Rogue Mage game mechanics are the same as the traditional Gwent Multiplayer game when you are in a match. You win a round by finishing the round with the highest total score after both players of passed.

In Gwent: Rogue Mage, a standard battle will only last one round. There are only two lanes, melee and ranged. Cards can be placed on any row. Be sure to read your and your enemy's cards carefully to understand their abilities. Cards will often synergize together, an example being:

You and your enemy will also have Banner cards. These cards are always on the field and have a unique order effect. At the start of each battle, read your opponent's Banner card, as it will give you some indication of the theme of the deck.

You will also have access to Spells. Spells can be cast by selecting Alzur, which range from damaging enemy units, empowering your units, or randomly summoning a unit to your field. Spells have a one-turn cooldown and use Energy to cast. Energy is a finite resource that must last you an entire run, and can be replenished by particular events or by visiting a Place of Power.

The significant difference in Gwent Rogue Mage is the rogue-lite elements and the overworld map, which consists of the different events. They are:

Each event type has its rewards. In each run, you should aim to complete one Elite Battle to evolve your key card. While adding and removing cards to your main deck before the showdown with the Boss. There are many cards and artifacts to be found that can help you succeed on your run, be sure to experiment with new cards and read their descriptions carefully.

For more on Gwent guides, check out What is Gwent Rogue Mage? Price, Platforms, and Gameplay here on Pro Game Guides.