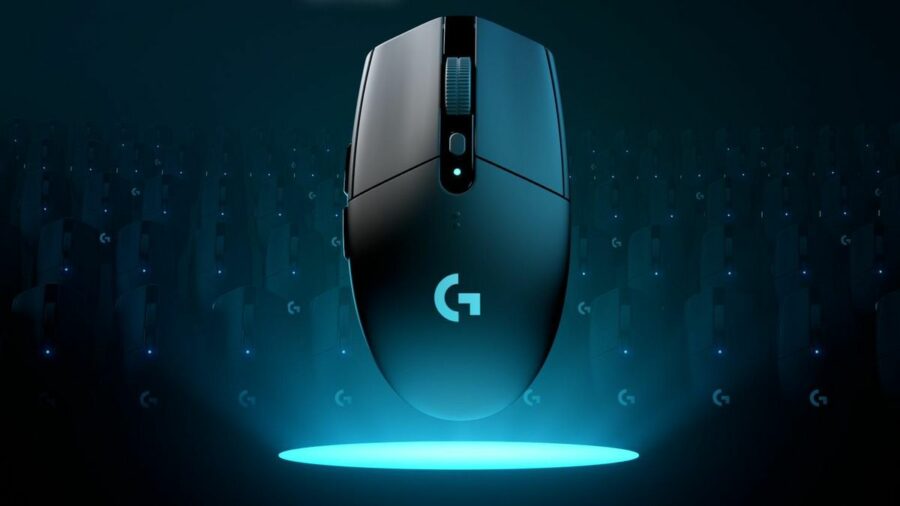 There are some of the best gaming mice in the world that perform well beyond expectation. Most of those mice cost well north of $100, however, you do get what you pay for more often than not.

But what about proper, well-performing gaming mice for the everyday, non-esports pro or big-time streaming gamer? The college student (finally) returning to campus, or the high school kid that doesn’t have too much money to spend on peripherals? Or, simply put, what about the budget gamer. Budget gamers don’t only have to look toward the cheap, unknown brands on Amazon or Wal-Mart to save money while risking or sacrificing design, performance or functionality. Some of the top brands in the world have high-quality gaming mice at a fraction of the cost.

These gaming mice below balance high-performance and functionality while keeping the price at checkout under $50.

A mouse that can be found just about everywhere and anywhere for just $30, the Rival 3 is your standard, reliable, go-to gaming mouse perfect for those just getting started in PC gaming.

It features an ergonomic, ambidextrous design (although the side buttons are meant for right-handed gamers) with six buttons, RGB underlighting, a lightweight frame coming in at just 80 grams, and is compatible with both Windows and Mac via its attached USB-A cable.

The Rival 3 comes with Steelseries TrueMove Core sensor that reaches 8,500 CPI that isn’t as high as most other gaming mice on the market, but at just $30 it is a good sensor that performs just as well as other mice well above its price range.

HyperX made an absolute statement with their entry into the lightweight gaming mice market with the Pulsefire Haste. Where it does lack in extra features and even RGB (only on the scroll wheel), it makes up for in performance and design, and it is not even close. The Pulsefire Haste weighs in at just 59 grams, beyond ideal for first-person shooters, and with a light paracord and PTFE skates on the bottom, you will probably forget that you have a mouse in your hand sometimes.

The only issue with the Pulsefire Haste is its size. While it's a great mouse to use, it is a bit small, intended more for those with smaller-to-medium sized hands. Larger hands can use a claw grip, although that could get uncomfortable after a while. Otherwise, this is easily a  worthy pickup.

The Logitech G502 hero is the other oddity on this “budget” gaming mouse list because this is one of the best-selling, most beloved gaming mice ever years after its original debut and going. The G502 Hero is one of the easiest recommendations there are when looking for a high-quality, budget gaming mouse coming in at just $50.

Its design unapologetically screams gamer and its functionality is just that as well. The G502 is built for those with larger hands who don’t mind a little bit of weight on their mousepad, but your hands will fit this mouse like a glove thanks to its ergonomic design and thumb groove below the side buttons. It features a low click latency rate and stellar sensor performance thanks to its 25K HERO sensor also features a sniper button which can drastically lower your DPI when pressed so you can precisely hit those highlight-worthy snipes.

This has been one of the best overall gaming mice since its 2013 debut and will continue to be so as more and more gaming mice come out and if you are looking for a pure, unapologetic gaming mouse, this is the one.

Not all battery-powered wireless mice are as consistent and reliable as the Logitech G305 Lightspeed, but Logitech somehow managed to create a high-quality, battery-powered mouse that surprisingly holds its own very well.

The G305 is a perfect mouse for both gaming and productivity, compatible with both PC and Mac. It just about defines the phrase “pro in the front, party in the back.” It features an ambidextrous, fairly ergonomic design with six buttons and no RGB. Despite its clean office-friendly look, it performs just like you’d expect a quality gaming mouse to perform. It connects via 2.4 Ghz connection through a wireless USB dongle, features Logitech’s 12,000 DPI HERO sensor, and reportedly lasts about 250 hours on one AA battery, although when switched on to Endurance mode on the Logitech G Hub the G305 reportedly last up to nine months on one battery.

This is a perfect, budget wireless gaming mouse for those who play on laptops and are always on the go who don’t want to worry about carrying an extra cord to charge a wireless mouse.

The Corsair Katar Pro is a bit of a surprise on this list for two reasons: its surprising performance and the fact that its wired and wireless versions both fit the criteria for this list.

The Katar Pro wireless is the non-wired version of the Katar Pro XT. Although both are designed just about the same sans a wire, both are different mice in their own right. Both feature an ambidextrous design with thumb buttons designed for right-handed gamers, RGB lighting in the scroll wheel and an optical sensor that tracks up to 18,000 DPI. Their biggest, most notable difference besides the wire is actually with their weight. The wired XT comes in at just 73 grams, while the wireless version weighs in at 96 grams. The wireless version uses one AA battery that lasts a reported 135 hours, just over half the lifespan of the aforementioned G305, although the Katar Pro wireless also features dual connectivity between a 2.4 GHz Slipstream connection and Bluetooth.