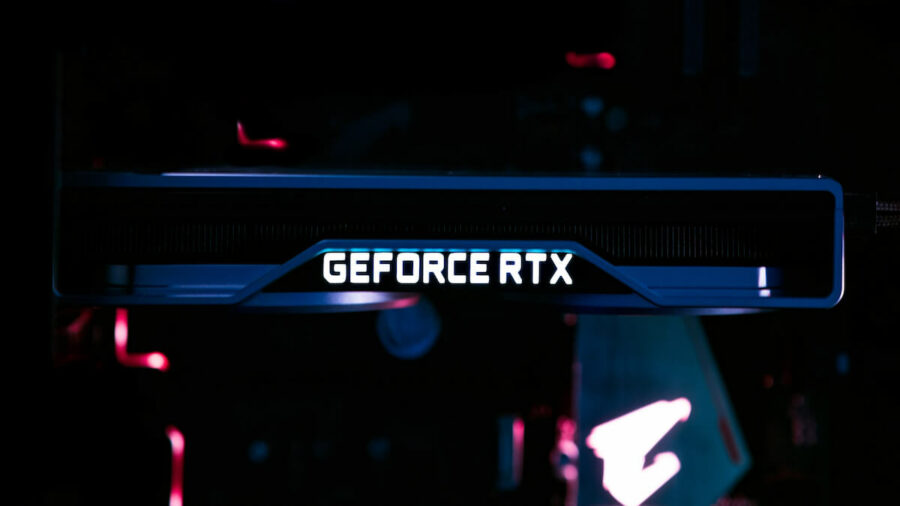 An external graphics card, often called an eGPU, is a bit of a misnomer. When most people talk about eGPUs what they're referring to are eGPU enclosures. These enclosures are separate devices that usually come with a small power supply (PSU), Thunderbolt connectivity, and a large shroud and are built to contain a graphics card. That is to say that you'll have to supply your own graphics card for them to function. A few manufacturers do build dedicated units with built-in GPUs, but they're few and far between. We've tracked down both types for this list to make sure we cover all of our bases, and to remove any potential confusion we'll be listing in each item whether or not it includes a GPU or expects you to provide your own. The upside to buying an enclosure is that you can choose which graphics card to use in it, and upgrade it over time whenever it becomes deprecated. The downside to pre-built eGPU units is that what you have is what you're going to be stuck with for the life of the unit, so it's important to carefully consider what you're after if you go this route.

Be sure to know whether or not you're buying an enclosure or a dedicated eGPU when purchasing! There's nothing quite as disappointing as sitting down to game and realizing you don't have an actual graphics card ready.

Razer has long been at the forefront of PC gaming peripherals, and their eGPU enclosure offering is no different. The Core X comes in two colors and two variants. The standard black and white versions come with an internal 650 watt ATX PSU, delivers 100 watts via USB Type-C to a connected laptop, and supports up to 3 slot wide graphics cards. The Chroma variant delivers all of that in addition to four USB ports, gigabit Ethernet, and RGB lighting. This means the Chroma version can function not only as an eGPU enclosure for a user-provided graphics card, but also as a USB Type-C dock of sorts. Both require Thunderbolt 3 to connect to a host machine.

The ASUS XG Station Pro is a classy looking eGPU enclosure. It features a full aluminum body, the ability to fit up to a 2.7 slot wide graphics card, and keeps things cool with two massive 120mm fans. ASUS partnered with well-known PC case manufacturer In Win to ensure that this would look nice next to your business laptop on a desk, which is a nice plus if you're trying to convince your boss that your eGPU enclosure is a business expense. It's also MacOS certified for you Macbook gamers out there looking for an enclosure solution. It requires Thunderbolt 3 and is certified by ASUS to work with graphics cards up to and including the Radeon 5700XT and the GeForce 3070 (except ASUS's own ROG Strix 3070).

The MasterCase EG200 from Cooler Master is pretty in line with most of the enclosures we've covered so far. It requires Thunderbolt 3, features three USB ports, contains a 500 watt PSU, delivers up to 60 watts of power delivery to connected devices, and features a steel body. It's a solid choice for anyone looking for a GPU and will fit up to a 2.5 slot wide card. It does have one neat trick though: it includes a built-in hard drive bay that can be fitted with either 2.5" or 3.5" hard drives so that it doubles as an external hard drive. So theoretically you could offload your Steam library to the external hard drive and free up space for when you're on the go, which is quite a compelling prospect given how limited laptop hard drives tend to be these days.

The AORUS RTX 3090 Gaming Box from GIGABYTE includes, as you may have guessed, a built-in GeForce RTX 3090. This is currently the top of the line offering from Nvidia and should be up to just about any gaming task you throw at it for years to come. To top things off, it's water-cooled with a built-in radiator and fans to keep the 3090 inside running nice and cool. Via its required Thunderbolt 3 connection it also provides up to 100 watts of power delivery, an Ethernet port, dual USB ports, and two HDMI connections, and three DisplayPort connections for displays. This is a truly massive eGPU with a boatload of performance that you'll likely be able to use for a very long time. If you demand the absolute highest end available, then here it is.

On the exact opposite end of the spectrum is the Sonnet eGPU Breakaway Puck with a built in Radeon 5500XT. In addition to being the smallest offering yet, it's also most affordable even though it includes a built-in GPU. The Radeon 5500 XT from AMD won't break any records, but it's still a very solid card to get some gaming done with. Especially as an eGPU where you're likely to bottleneck your system with slow RAM speed or laptop CPU limitations anyway. Sonnet also has a wide array of enclosures to choose from, but to date this is their only dedicated eGPU that they've produced.

External enclosures for graphics cards are becoming more and more popular as time goes on. They give you the ability to use a laptop for work or school and then bring it home, plug in your eGPU, and get in some serious gaming without having to lug around a massive gaming-focused laptop. In many ways it truly is the best of both worlds, even if the cost is a bit higher. Portability when you want it and power when you need it!