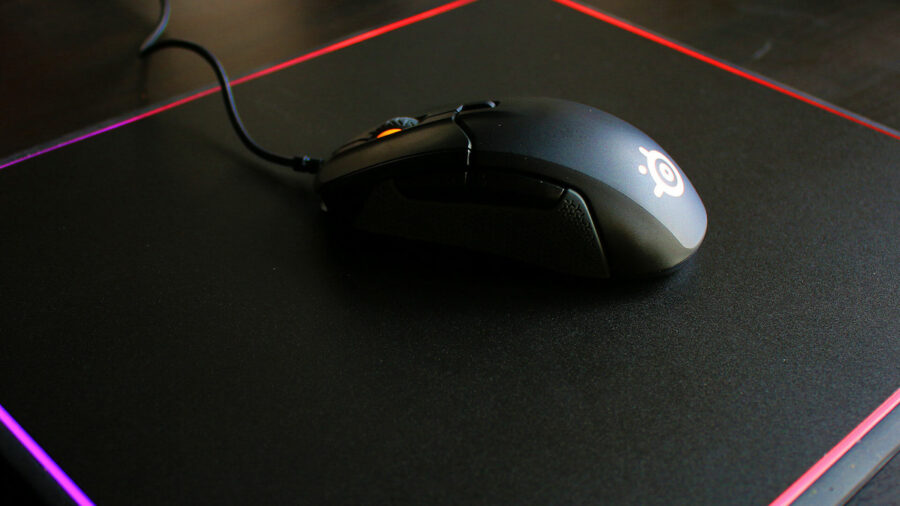 You know what they say: The bigger the hands, the bigger the… need for a bigger gaming mouse. Right?

For all of the specs and the functionality of a lot of gaming mice out in the market nowadays, there is one spec that’s more important than the rest: size. It doesn’t matter how good the mouse is, if it doesn’t fit in your hand, or if it is too small, it just will not work.

Outside of this being one of the most beloved and highest-selling gaming mice of all time, the Logitech G502 Hero and the Lightspeed (the more premium, wireless version) is one of the best mice for larger hands out there today and, to be frank, it isn’t even close.

The G502 is well-renown for its specs and performance. It comes with a 16,000 DPI Hero sensor, 11 customizable buttons, adjustable weights for both the wired and wireless versions, and this mouse leans more toward the heavier side for gaming mice. But speaking purely about its fit, it fits like a glove for those with medium-to-large sized hands. With its hump towards the back of the mouse, and main buttons longer than most other gaming mice out there, bigger hands can easily just relax themselves on it. Toss in a thumb rest next to the pair of side buttons and DPI shift button for all of you snipers out there, this mouse is perfect for bigger-sized palm grips.

Size and specs specific, this truly is an incredible mouse for competitive gamers.

Steelseries mice in general are a pretty good option for those with medium-to-large sized hands, and the Rival 310 leads the way.

It’s ergonomically designed for right-handed gamers and comes with a pair of side grips that are perfect for those with sweaty hands. The Rival 310 comes with Steelseries’ TrueMove3, 12,000 CPI sensor with a 350 IPS tracking rate and one-millisecond response time. It includes eight programmable buttons and RGB that can all be customized through Steelseries Engine downloadable software.

It’s much lighter than the previously mentioned Logitech G502, weighing just under 90 grams, and at just $40, it is also $10 less than its G502 Hero rival as well. For those wanting a much more “normal” looking mouse that performs just as well as most other, more expensive gaming mice out there, the Rival 310 is a worthy pickup.

For those who are looking for a gaming mouse with a more ambidextrous shape and whose hands are too big for the widely popular G Pro Wireless, the G903 Lightspeed is a perfect choice.

The G903 matches the size of the G502 with the design of the G Pro creating a perfect balance between performance and size. It is essentially the ambidextrous version of the famed G502. The G903 features nine buttons compared to the G502’s 11, although two are disabled by default and can be activated through Logitech’s G Hub software if you need to switch the side buttons for left-handed use. The G903 uses the same wheel that the G502 uses too and has the same button just under the scroll wheel to lock the wheel into a more stepped kind of feel.

The only downfall with the G903, much like the G502 Lightspeed, is its price. Coming in at $150, it is a premium mouse with an unapologetically premium price. However, you do get what you pay for, so if you have the cash to burn, and want a more ambidextrous shaped mouse, this is the one.

If you simply don’t like Logitech, the Razer Basilisk V2 is a very solid option.

The Basilisk V2 is designed much like the G502, almost exactly. It comes equipped with 11 programmable buttons, except that the Basilisk V2 includes a Hypershift button that temporarily changes the profile on the mouse, giving it a total of almost 20 programmable buttons between the profiles. It also features the Razer Focus+ 20,000 CPI sensor and the Razer Speedflex cable that minimizes drag.

It’s lone downfall is its price. Coming in at a retail price of $80, it is expensive for a wired mouse. But, much like the Logitech mice, if you have the extra cash and want a premium product, you can’t go wrong here.

The only battery-powered mouse on this list, the Logitech G604 Lightspeed is a very interesting mouse, and one slightly forgotten about amongst the G502, G903, and even more so the G Pro Wireless and Superlight.

Its design takes inspiration from almost all three of its G-cousins: it features the same thumb rest like the G502 and the same scroll wheel lock like the G502 and G903, and it is ergonomically designed for right-handed gamers like the G903 and G Pro Wireless. The only thing it truly lacks from the three is any sort of RGB. It also features Logitech's 25K Hero sensor, maxing out at 25,600 DPI through an update through Logitech’s G Hub software and 15 programmable buttons, making it fairly ideal for MMO titles.

The aforementioned lack of RGB is what allows for its insane battery life for a battery-powered, dual-connected mouse. Logitech claims that the G604 Lightspeed lasts for 240 hours on one AA battery in Lightspeed mode and up to five and a half months in Bluetooth mode.

For more Hardware Guides, check out The 5 Best Lightweight Gaming Mice of 2021 on Pro Game Guides!

All Handguns, Launchers and Melee in Call of Duty: Vanguard