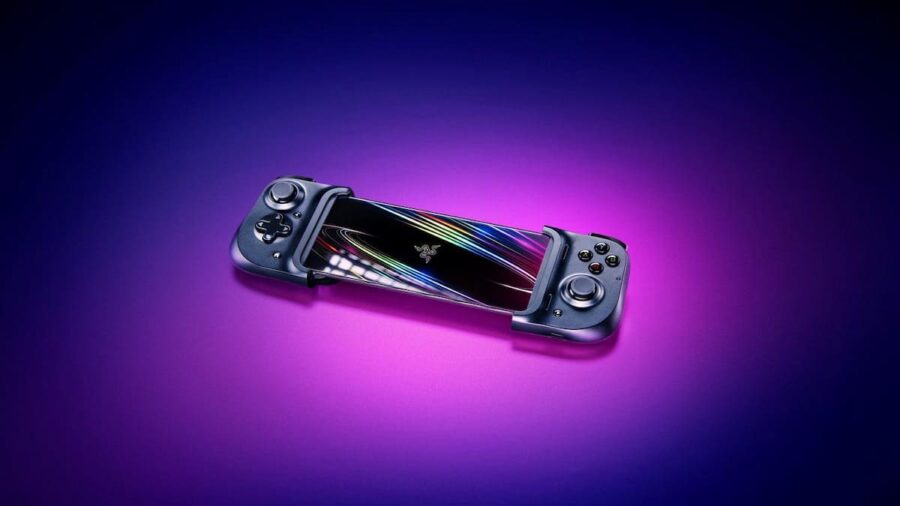 Handheld gaming has come a very, very long way. From the days of having dedicated handheld devices like the Nintendo Game Boy (and all of its iterations), to Sega’s Game Gear, the PlayStation Portable/Vita, and now the Nintendo Switch, gaming on the go has seen several evolutions. But one side of handheld gaming has started to take the lead: mobile.

Years ago, gaming on your phone was as simple as an easy touchscreen type of game like Candy Crush and Words with Friends. With the rise of Fortnite on mobile, followed by Call of Duty Mobile, PUBG, and even more importantly the growth of cloud gaming and remote play on Xbox, PlayStation and PC, mobile controllers have taken a big step from being a niche product to almost a necessity for those who want to play on their phone.

The Kishi is available for both iOS and Android, however, the Android version responds much better on your phone since Android has native support for gaming controllers through USB-C. In comparison, the iOS version plug-and-plays just as easily, just with a hint of input lag. The Kishi is nothing special at all, having no tactile buttons whatsoever and clickable joysticks that are good, but a little stiff. Yet, the Kishi feels perfect in hand. It won’t suddenly slip off of your phone during intense sessions, and feels responsive.

It is worth noting that the left side of the Kishi can feel a bit more loose than the right side, depending on how big your phone is. It fits fine on my Samsung Galaxy S21 Ultra, but I can feel the left side not being as secure compared to the right side that's plugged in. The Kishi also comes in an xCloud version that connects straight to Xbox Game Pass on mobile when you press the Xbox button on the controller. The best part about the Kishi is its portability. It locks together to make it easily portable within your bag or jacket pocket.

The Backbone One makes your phone feel like a smaller Nintendo Switch, which might be one of the best things about it. It supports every iPhone from the iPhone 7 all the way to the 12 Pro Max and all of its sizes in between. Similar to the Kishi, the Backbone One connects to the lightning port on the iPhone to deliver lower latency response compared to regular Bluetooth connections.

The buttons feel tactile, it doesn’t feel entirely big in your hand, nor does it feel like you have to cram your fingers on it either. You can plug in a wired headset straight into the controller, compared to the Kishi whose USB-C port is for charging only (a BIG missed opportunity for Razer). The Backbone One also features its own iOS app that allows you to launch your games, including Xbox Game Pass of which it includes a free month of Game Pass Ultimate (another BIG missed opportunity for Razer's Android Kishi).

If you’re looking for a retro type of feel, the 8Bit line of controllers are pretty awesome and provide as close to that SNES controller type of feel that a controller can get. Oh, and it also helps that it’s a pretty good mobile controller as well.

The 8BitDo Pro 2 combines the feel of the old SNES controller with the grips and sticks of a DualShock to give you serious gaming performance on your phone. The grips have a textured feeland the buttons feel just like the ones on the original SNES controllers. There are also two macro buttons on the back that can be programmed to provide a pro controller feeling. The controller as a whole can be customized on 8BitDo’s customization software. Considering that it connects via Bluetooth primarily, the 8BitDo Pro 2 connects to just about everything: Android, iOS, PC, Mac and even the Nintendo Switch, however, you will need a separate phone holder for the 8BitDo Pro 2 to use it with your phone.

Following up on the Razer Kishi, if you’re looking for something serious for competitive mobile gaming, the Raiju Mobile is a perfect fit both in-game and in-hand.

Following its console brother, the Raiju Mobile’s difference is how it utilizes its touchpad. Instead of a touchpad, it angles up 60 degrees to hold your mobile device in place as you play. Otherwise, this feels as one-to-one with the Raiju Tournament Edition, from grips to buttons and the joystick position. The Raiju Mobile features both Bluetooth and wired connections, four multifunction buttons that can be remapped to your needs, and hair-trigger modes for both left and right trigger buttons. It also features a 20-hour battery life and a USB-A to USB-C cable that can be used to charge your phone while in-game.

The Stratus Duo connects to your phone over Bluetooth and is fully supported by Android for a stress-free connection with low latency. Speaking of low latency, the Stratus Duo can also connect to your PC or Mac via a 2.4 GHz wireless dongle, adding a sense of versatility that not many mobile controllers feature. It’s also perfect for Steam on the go as a great controller to use with the Steam Link app on Android for those who want to stream their Steam games to mobile. The controller features an ergonomic feel that just makes it comfortable to hold in hand with a familiar button and joystick layout, deciding to take the best of both worlds with the symmetrical joysticks like PlayStation and a button layout like the Xbox controllers.

All in all, there isn’t much not to like about the Stratus Duo. It feels familiar, can be used with several devices, and is the rare controller that’s almost specifically made for Steam before the SteamDeck's release. It’s also relatively cheap, coming in at just $60 and on sale fairly often, undercutting the likes of the Razer controllers by at least $40 and lining it up with the average retail price of console controllers now.

However, depending on where you’re playing and which controller you’re using, you may experience some slight input lag at times. Both the DualSense and the new Xbox Series X/S controllers are built with mobile in mind and work better than their predecessors, so those with next-gen consoles are actually in luck. The DualShock 4 is also a strong choice to use with mobile and works great with Playstation Remote Play as well.

For more Hardware Guides, check out The 5 Best Gaming Monitors for the PS5 on Pro Game Guides!