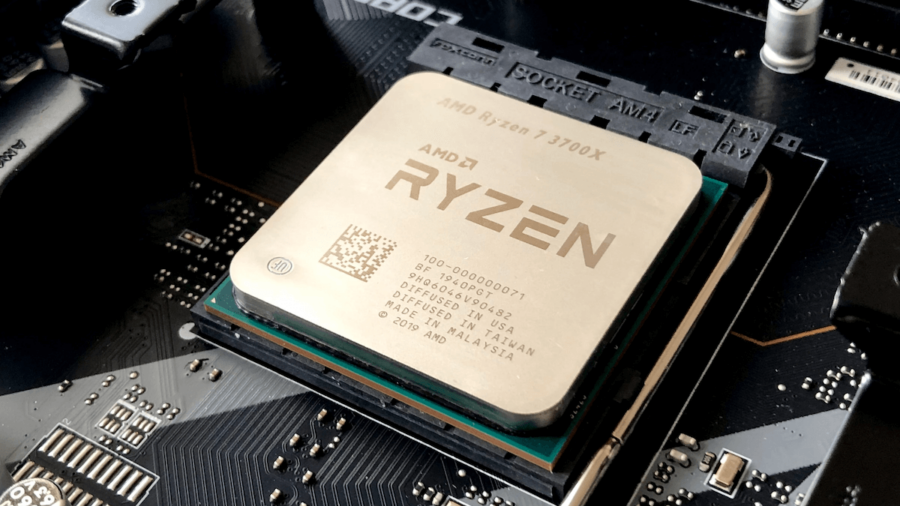 Shopping for new PC parts is always an exciting time, albeit a confusing one. All the new hardware on the market to sift through, specs to read, and prices to compare can mean hours of shopping. And it all starts with your motherboard and processor (CPU), since that's going to be the core of whatever system you decide to put together. And what's best for someone might not be what the next person is even considering. With that in mind, we've broken this list down into three categories: performance, no compromises, and mini ITX.

The performance category will give you rock solid gaming performance without completely breaking the bank. The no compromises category is for the gamer looking to build the highest, top-of-the-line PC and is willing to shell out any amount of cash necessary for long-term gaming viability. And, as you might have guessed, the mini ITX category is for those of you looking to build a small form-factor PC within the mini ITX size specification that won't overheat or require a second mortgage. We've also only chosen processors that are unlocked from the manufacturer, so there's no question on whether or not you're able to overclock them. You may also notice a lot of similar feature-sets among the motherboards chosen here, and that's with good reason: most higher end gaming motherboards are going to support the latest and greatest regardless of the brand or type.

The MAG Z590 Tomahawk, in addition to being named like an imaginary jet from an 80s action movie, includes PCIe 4.0, USB 3.2 Gen2 Type-C, a single M.2 Gen4 slot and dual M.2 Gen3 slots. It also features MSI's FROZR branded M.2 heatsinks, support for their Mystic Light RGB suite (to control the on-board RGB), and Wi-Fi 6 and Bluetooth 5.2 built-in. While you shouldn't choose a motherboard based solely on whether or not it has Wi-Fi and Bluetooth, they're welcome additions to an already great motherboard.

Intel's i7-11700K is part of their 11th gen Rocket Lake lineup and features eight cores with 16 threads running at 3.6GHz with a 5.0GHz boost clock. Which means that it's going to fly in just about any game you throw at it. It also has built-in UHD 750 graphics, which won't do much in the way of gaming performance but will get you by on some lighter titles if you're stuck trying to find a GPU.

The ROG Strix B550-XE is one of the newest AM4 socket boards from ASUS. It features PCIe 4.0, dual M.2 slots (with four additional slots on the bundled adapter board), and USB 3.2 Gen2 Type-C. The VRMs are actively cooled with their own dedicated heat pipe, and it includes heatsinks for attaching to M.2 drives. It also features the usual ROG RGB lighting that we've come to expect from ASUS, along with some very nice orange accent colors to go along with the black PCB (for those of you who like using cases with window panels).

Paired with the AMD Ryzen 7 5800X, which uses AMD's new Zen 3 core architecture, it should give you rock solid gaming performance with virtually no heat-related issues. The Ryzen 7 5800X is a 16 thread, eight core CPU with a base clock of 3.8GHz and a boost of up to 4.7GHz, and supports the PCIe 4.0 included in the B550-XE motherboard.

The MPG Z590 Gaming Force from MSI is as stylish as it is functional. Like the MAG Z590 we listed previously, it features PCIe 4.0, USB 3.2 Gen2 Type-C, a single M.2 Gen4 slot and dual M.2 Gen3 slots. It also features a 2oz copper PCB for improved heat dissipation, Mystic Light support, and super high end plated heatsinks both built onto the board and included for any M.2 accessories you might add. And it comes with an extremely stylish purple and gold design on the top of the heatsinks and shroud, which gives the entire board a very unique look.

We paired it with the i9-11900K, which is the newest Rocket Lake i9 from Intel. It's running eight cores with 16 threads running at 3.5GHz base clock speed that turbos up to a blistering 5.3GHz with Intel's newest boost technology. It should be more than enough processor for years to come, and is one of the most powerful consumer CPUs on the market. Like the i7 listed earlier it also includes Intel UHD 750 graphics, although it would be shame not to pair such a powerful CPU with an equally powerful graphics card.

The MEG X570 Ace from MSI is a great motherboard for gaming, with PCIe 4.0 (and three x16 slots), three Lightning Gen4 M.2 slots, and USB 3.2 Gen2 Type-C. It also comes with MSI's usual M.2 heatsinks, automated overclocking software, some massive heatpipes for the chipset, and support for their Mystic Light RGB software. And for those of you with window cases, it features a very unique black and gold dragon aesthetic.

We've paired the MEG with a Ryzen 9 5900X, which is a beast of a processor. It has 12 cores running 24 threads with a base clock of 3.7GHz and a boost up to 4.8GHz. It might not quite beat the i9 as far single core performance, but with four more cores to work with it still gives the i9 a run for its money.

The Z590I from GIGABYTE might be small, but it's no slouch. It supports PCIe 4.0, comes equipped with dual M.2 slots, and is equipped with Wi-Fi 6 and Bluetooth 5.1 out of the box. It even manages to squeeze in USB 3.2 Gen1 Type-C and an RGB header for hooking up your RGB peripherals and syncing them with the built in RGB along the edge of the board.

To keep things thermally agreeable, we've paired the Z590I with the Intel i5-11600K, which is a six core CPU running at 12 threads. With a 3.9GHz core clock and 4.9GHz boost clock you'll still be able to do some serious gaming, and UHD 750 graphics means you might even be able to get in some lighter titles without trying to fit a GPU into your mini ITX build at all.

The B550I, also from GIGABYTE, comes with PCIe 4.0 and dual M.2 slots. It also features Wi-Fi 6 and Bluetooth 5 built-in, just like its Intel counterpart. In fact, looking at these two motherboards side-by-side you'd be forgiven for mixing them up. Which is a good thing, since they're both solid boards with great feature sets crammed into the mini ITX form factor.

The Ryzen 5 3600X from AMD is also awful similar to its Intel counterpart, with six cores and 12 threads running at a 3.8GHz base clock and boosting up to 4.4GHz. And like its competitor it will also get some serious gaming done. Like the other AMD processors we listed here today it doesn't have built-in graphics, so be sure to pair with an appropriate GPU in your mini ITX setup.

Before going into a new PC build it's always important to ask yourself what your budget is and what you want from the computer you're planning to build. Because yeah, a full multi-thousand-dollar no-compromises build might be great on paper but if you're trying to save some cash or fit it in a small space then it certainly wouldn't be the best option for your situation. And the beginning of that decision making process starts with the motherboard and CPU, since the rest of your build will be centered around those two components and their capabilities!