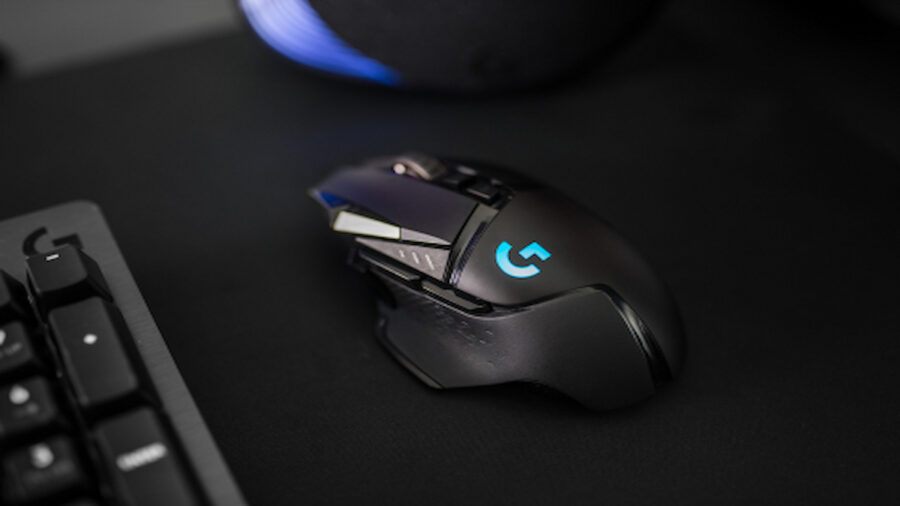 The perfect gaming mouse is the yin to the best gaming keyboard’s yang. Some people might say that the mouse is more important than the keyboard itself when it comes to gaming.

The mice listed below are some of the best available right now that will help you grab wins or simply improve your K/D ratio, both wired and wireless.

Probably the best wireless gaming mouse in the market right now, the Logitech G Pro Wireless and its lighter version, the Superlight, are used by esports pros throughout the world for one reason: it's simple, it's strong, and it's spectacular.

From its ergonomic, ambidextrous shape, a 25,600 DPI HERO sensor to its lightning fast response times and 48-hour battery, this mouse was designed by esports pros, for esports pros and aspiring competitive gamers alike. The mouse weighs just about 80 grams with the Superlight coming in about 20 grams lighter. It also glides incredibly smooth thanks to its PTFE feet on the bottom, and is very sturdy with buttons as tactile and accurate as one could ask for. The regular G Pro Wireless comes with the gamer’s favorite RGB lighting, while the Superlight sacrificed the pretty lights for its lighter weight. It is made for those with small-to-medium sized hands, although larger hands can claw grip the GPW and the Superlight just fine.

Its premium performance comes at a premium price with the GPW and Superlight coming in at over $100 ($130 for the GPW and $150 for the Superlight). However, for those who are serious about performance and for those looking to make their way into the competitive realm, this is the one. Actually, this could be the last mouse you ever buy.

For those looking for a more “gamer” design to your gaming mouse or just need something that’s a bit of a bigger size compared to the previously mentioned G Pro Wireless and Superlight, look no further than the G502 Lightspeed.

If the G502 Lightspeed sounds familiar, it should. It’s the updated, wireless version of the G502 Proteus Spectrum (aka the G502 HERO), arguably one of the most beloved gaming mice of all time. OF. ALL. TIME.

It is built for right-handers only with a thumb rest and thumb buttons on the side for extra functionality, but it is so ergonomic that your hand just molds immediately to its shape, making it great for palm grips. For those with larger hands, this is an easier recommendation compared to the G Pro Wireless which is a slightly smaller build. The G502 is also significantly heavier than the GPW, coming in anywhere between 114-130 grams if you use the extra weights that come with it, or if you pair it with Logitech’s G Powerplay wireless charging mousepad. It comes with a 1,000Hz polling rate and Logitech’s 16,000 DPI HERO sensor, lower than the GPW’s, but performs just as sharp. This mouse is built with first-person shooters in mind and performs accordingly.

This mouse is definitely an investment costing around $150 when not on sale (although more often than not its onl sale for around $100-$120. However, you can get the wired version for around $50 which is the same beloved mouse, just wired.

There are those who believe that wired mice are still superior to their wireless cousins and they bring up good points. For starters, they don’t need to be charged ever and there is no concern for input lag. The Razer Deathadder V2 is living proof that sometimes less is more and that wired mice still have their place on the… mousepad.

The Deathadder V2 keeps the same palm-heavy shape that its predecessor did, and for a mouse with such a favored shape that fits just about every sized hand, why change it? Where the V2 steps up its game is with its 20,000 DPI Razer Focus+ optical sensor, giving its user as fast movement as humanly possible, and Razer’s optical switches which create as fast an input as one would need, especially competitive gamers where every millisecond matters. Weighing just 82 grams and having an ambidextrous, ergonomic shape, the Deathadder V2 really goes head-up with the Logitech G Pro Wireless as far as performance and feel, although the GPW is wireless. The Deathadder V2 does come with Razer’s Speedflex cable that doesn’t bring a lot of drag to this wired mouse.

Starting at around $70, although usually on sale for closer to $50, the Deathadder V2 is incredibly accessible and affordable for a high-performance gaming mouse that sacrifices so many extra features for performance and stability.

It has really been a while since we got a brand new line of non-audio peripherals from Steelseries, especially after their newest headphones of their Arctis series came out for the new Playstation 5 and Xbox Series X/S. This is where their new Prime series comes in and their Prime Plus mouse is definitely one of 2021’s new mice to consider. The Steelseries Prime mice come in a family of three: The Prime Wired, the Prime Plus, and the Prime Wireless. The Prime Plus that we are going to talk about on this list is the middle child of the three.

So what makes the Prime Plus stand out, especially with the more premium Prime Wireless mouse right there with it? It is more interesting and more feature-packed than its basic and more advanced brothers. It fits great in your hand, similar to that of the previously mentioned Deathadder V2, although the Prime Plus tends to slope more toward the right, making it meant for right-handed gamers, and comes with “crispier,” yet more satisfying clicks which are a bit louder and more tactile than most other gaming mice.

The biggest part that sets the Prime Plus away from its brothers and the other mice on this list is its OLED screen at the bottom of the mouse. Through the OLED display on the mouse, you can adjust its brightness, polling rate, and even its liftoff distance on the device itself without the need for any software.

The Prime Plus’s $80 price tag could scare a few people away considering there are much cheaper options out there when it comes to wired gaming mice. However, considering its features and performance, the Prime Plus comes away as a steal at that price.

The Razer Orochi is the only battery powered, wireless gaming mouse that’s on the top five of this list and with very good reason. Not only does it perform very well and last as close to an eternity as a battery-powered wireless mouse can last, but its versatility and customization options make this a hard mouse to pass up.

The Orochi V2 weighs in at around 60g without batteries, although using either AAA or AA batteries will not fully push this mouse off the edge, making it a great option to use with first-person shooters. It can connect with bluetooth or with its 2.4GHz USB dongle which would be the recommended connection choice for gaming. It also includes an 18,000 DPI sensor and Razer’s second-generation mechanical switches. The Orochi V2 doesn’t come with any RGB, which may turn off the more hardcore gamers, but could attract the casual gamers who would also use this mouse at work whether on their laptops or work PC’s.

At $70, this is a bit more on the pricier side for a battery-powered wireless mouse, especially when its competitor, the Logitech G305 Lightspeed, exists at just $50 and balances work and play just as well, albeit with a weaker, 12,000 DPI sensor compared to the Orochi V2’s 18,000 DPI sensor. But with more customization options than one would want, and with both Bluetooth and 2.4GHz wireless connection options, this is a strong travel-type of mouse to consider.