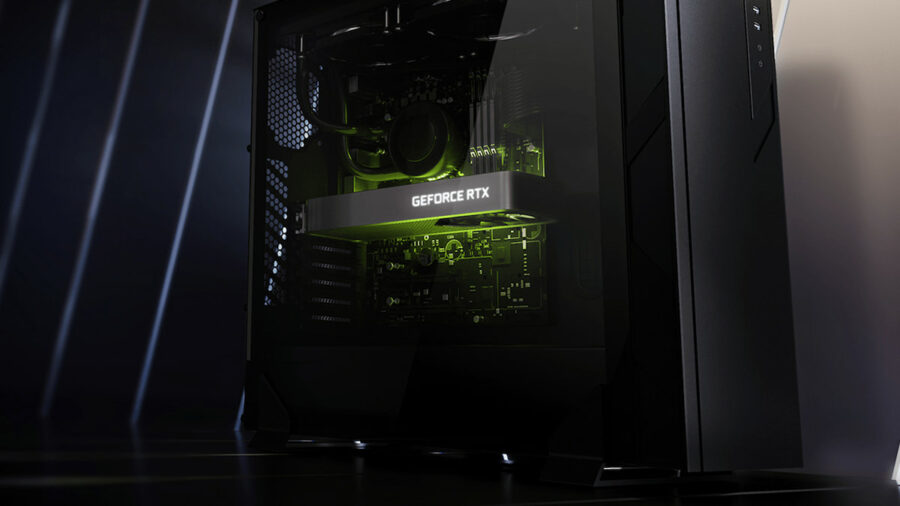 Chip shortages continue to put a damper on prospective graphics card purchasers, which is a problem that is projected to continue for the foreseeable future. This means that when shopping for a graphics card, you may have to consider a wider array of GPUs than you would normally just due to market availability. With that in mind, we've broken down this list into two categories: best performance and best value.

For those of you who are after the top-of-the-line cards and don't mind standing in line and stalking internet retailers, then the best performance will be the category for you. On the other hand, if you're just wanting a solid performer that you might actually stand a chance of finding at MSRP while you patiently wait out the current shortages, then you'll want to look at the best value category. We're also going to be noting MSRP as per NVIDIA's website so you can make sure that you're not paying a markup when shopping. Our framerate calculations were done via an FPS calculator using a Core i9-11900KF running Grand Theft Auto V at Ultra, and individual performance will vary depending on your exact system.

This is currently NVIDIA's top-dog on the market. The RTX 3090 uses NVIDIA's new Ampere technology to improve performance over the last generation of GPUs vastly, and it's fully capable of 8K HDR gaming via any HDMI 2.1 enabled 8K monitor. The reference version of the card offers 10496 CUDA cores, 24 GB of GDDR6X memory, and a boost clock of 1.70 GHz. In our virtual test setup at 4K, the 3090 achieved around 91 FPS, and at 1080p is jumped to 229 FPS. MSRP on the RTX3090 is $1499.00, and availability is currently pretty sparse. If you're after the absolute best of the best, then this is it.

The RTX 3080 is considered the higher end of the affordable cards in the 3000 series lineup. It retails for $699, which is about half of the RTX 3080 Ti, and still achieves a good chunk of the performance of its higher-end siblings. UserBenchmark rates the 3080 at only 12 percent slower effective speed than the RTX 3080 Ti, and at such a comparatively lower price point, it's easy to see why the 3080 is such a desirable card. It's running 8704 CUDA cores, 10 GB GDDR6X memory, and has a (notably higher than the Ti version) 1.71 GHz boost clock. In our testing, the RTX 3080 scored 74 FPS at 4K and 183 FPS at 1080p in GTAV. This kind of price and performance definitely rides the line between our categories, but availability and high markups from retailers still make this one a bit hard to come by.

The RTX 3060 is just hands down a fantastic value for the money. At a retail MSRP of $329.00, it is extremely capable of the cost, and it's almost exactly on par with the performance of the RTX 2060 Super, but for less money. It's running 3584 CUDA cores, has 12 GB GDDR6 memory, and has a 1.78 GHz boost clock. Our GTAV test scored a very playable 54 FPS at 4K and an impressive 140 FPS at 1080p. It might not be the most capable 4K gaming card if you demand 60 FPS across the board, but it gets darn close and is a fantastic competitor if you're still gaming at 1080p.

If you're gaming at 1080p and aren't really looking to upgrade to 4K anytime soon, then it's hard to go wrong with the GTX 1650 Super. At a retail of $159, it's a price-to-performance superstar. It will be great if you mostly want to play esports or older titles. Our GTAV test scored similarly to the slightly higher-end 1660 Super with 40 FPS at 4K and 103 FPS at 1080p, which is even more impressive given the price differential between the two cards. If you're staying at 1080p for the foreseeable future, then it's a great card.

You can take a lot of the stress of GPU shopping away just by knowing which games you want to run and at what resolution. Having those in mind lets you accurately and easily determine exactly which card will do what you need it to do and which one will leave you room to grow if you purchase new hardware infrequently. You may also have luck trying different manufacturers, as NVIDIA has several hardware partners that produce many different versions of each card.

For more guides check out How to fix Could not find compatible Graphics Device error in Halo Infinite and How to fix FPS and stuttering issues on Battlefield 2042 on Pro Game Guides.