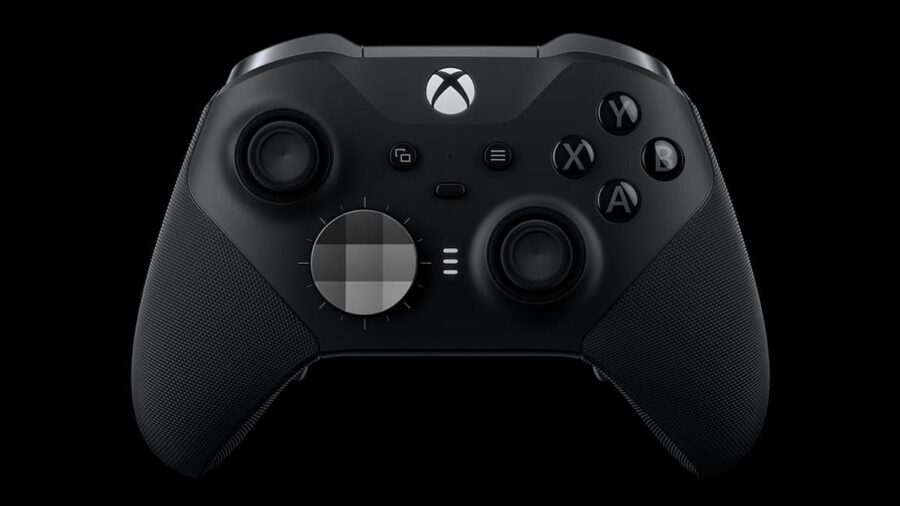 At one point in time PC gamers might have cringed at the thought of using a controller on PC games.

The crazier part of this PC-controller idea is that some of the best controllers for PC come from consoles. Thus, your PlayStation or Xbox controller is just as solid for PC games already, helping you save a few bucks if you already have one of today's console controllers just laying around.

Here are the five best controllers for PC gaming that you may or may not already have laying around somewhere.

Related: When does the Steam Deck Release?

The new standard Xbox controller (the one for the Series X/S) is as solid and easy to set up on PC as it is on Xbox. Literally, all you have to do is plug it in via a USB-A to USB-C wire and you’re set to go. Or if you have the wireless dongle, just plug that into the USB slot on your PC and pair it with your controller and you’re set.

But that easy connection alone doesn’t make this controller a near-staple for gaming on PC with a controller. Over the years, the Xbox controller has undergone several improvements under the shell.

The only drawback is the fact that this still uses "AA" batteries instead of having its own rechargeable battery pack (although you could just buy one, which is a whole other discussion).

While we call this the "new" Xbox controller, its shape is still that of the Xbox One controller that’s become the norm amongst Xbox players through the last decade and slightly beyond. It feels familiar yet different with a sandpaper-like texture on the handles that give it a more textured type of feel this time around, along with a more ergonomic type of shape to make it feel more comfortable in the hand. The trigger buttons have some texture on it compared to the smoother trigger buttons of the past and the face buttons are more tactile than before.

The most important factor here is the performance of the controller. While the new Xbox controller looks and seems like a more matured controller, it performs and connects better than before. It boasts lower-latency between controller and the device, you can actually remap some of the buttons on the Xbox Accessories app on PC or on the Xbox console, and it provides its own version of haptic feedback to the triggers, although not in the same way that Sony’s DualSense does.

At just $60, this is a premium controller at a basic price.

If you have money to burn and want a top-tier premium controller, the Xbox Elite Wireless Series 2 is the best way to go. Again, as long as you have the money to spend on it.

This controller is my personal main for PC—I use it for Call of Duty Black Ops: Cold War, Mass Effect Legendary Edition, and The Crew 2 amongst other titles—and I can easily say that this is the best pro-style controller out there and probably the best investment for PC gaming.

It’s one of the best wireless controllers in the market. Its $180 price tag may seem like a lot for a controller especially when the base Xbox controller that’s listed just about comes in at a third of the price, but it makes up for it with convenience, functionality and performance.

This is in every way possible a luxury controller: the feel, the weight of it, everything it comes with as far as extra sticks, USB-C charge cable and port, its own carrying case and D-pads, the Elite 2 Wireless screams luxury.

You can tweak just about everything on this controller, from the depth of the triggers, to its three profile settings for the controller on the Xbox Accessories app. All of the settings stay set in the controller’s onboard memory and it pairs easily to the Xbox’s wireless dongle and to PC, and is as fast as the standard Xbox controller if not slightly faster.

If you want a premium, luxury controller whose performance and customization matches its price, and have the money to burn, this controller is a no-brainer.

Since its release last November, Sony’s DualSense controller for the PlayStation 5 has been heralded as one of the best and most innovative gaming controllers in the market.

Its haptic feedback and adaptive triggers have given users a sense of immersion that we really haven’t seen since the introduction of rumble features in the original DualShock controller for the PlayStation and even with the rumble pack for the Nintendo 64 back in the day that really shook up the game.

However, with Sony’s recent trend of porting its titles to PC, the DualSense controller has become a bit of a force to be reckoned with on PC as well, with the help of Steam. Steam has been updating its app since late November to work with the DualSense, mainly for Sony-adjacent titles. Both sides continue to update its PC support through today with Call of Duty: Black Ops Cold War recently getting full DualSense activation: haptic feedback, adaptive triggers and all.

What makes the DualSense a great controller outside of its innovations, and its PC-related updates, is its comfort. Compared to the DualShocks, the DualSense is easily Sony’s most comfortable, most ergonomic controller to date. There are not many drastic changes to the controller itself, aiming for that same handlebar type shape we’ve become accustomed to over the years, but it's “fatter” form makes it feel more full in the hand.

It’s as responsive as one would expect it to be and connecting it to PC is easy. You can connect it with a USB-A to USB-C wire, or you can connect it via Bluetooth, holding down the PS and share buttons on the DualSense while trying to pair it with your PC in the Bluetooth settings.

It’s a PS5 controller without having the need for a PS5.

Before the DualSense’s release, the DualShock 4 was the best overall gaming controller out there, whether it was for console or PC.

From its familiar form factor dating back to the PlayStation 1 days of the late 1990’s and early 2000’s and its familiar button layout, the DualShock 4 fits like a glove.

It is a little complicated to fully use on PC compared to the more PC-friendly DualSense, although time and several updates made it as plug-and-play as possible for PC especially for Steam. There also was once a wireless Bluetooth dongle that Sony sold a few years back that allowed for wireless connection, although nowadays the DualShock 4 connects easily with most modern gaming PC’s that already feature Bluetooth connectivity.

The audio jack doesn’t work through the controller when connected to PC, which shouldn’t be a big deal breaker since the best audio quality would come straight from your regular PC audio setup anyway, whether it's via headphones or your speakers.

If you’re just buying a controller for PC today, the DualSense is much easier to recommend despite the DualShock 4 coming in at $60, just $10 less than the DualSense, and is on sale much more frequently. But the DualShock 4 is still one of the best, reliable, and established controllers out there, used and revered by many.

If you want a reliable controller at a fraction of the price, PowerA’s collection of controllers are a great pick.

PowerA's Enhanced Wired Controller ditches the wireless capabilities for a wired connection which plummets down the cost and eliminates the need for batteries. Much like PowerA’s Fusion pro controllers (also a solid pickup), the enhanced wired controller comes with a detachable USB-A to USB-micro wire, and has two programmable back buttons at the handles that give the user extra input options which are perfectly placed where your middle finger would rest.

The biggest and most important factor with the Power A Enhanced Wired Controller is its price. Coming in at just $35 this is a controller that is beyond budget friendly and can be found at your local Best Buy, Target, and Gamestop.

For more Hardware Guides, check out The 10 Best Mini Gaming Keyboards of 2021 on Pro Game Guides.