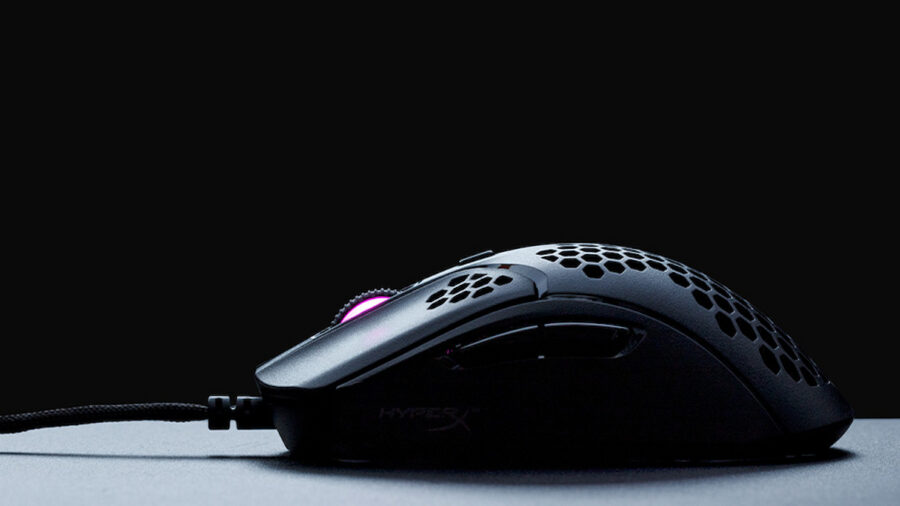 As we continue to see advancements in the technology and the continued innovation of gaming peripherals, one thing continues to be a growing trend: mice going on a diet.

Lightweight gaming mice have really started to take off within the last few years with more and more companies releasing newer lightweight mice, or releasing updated and lighter versions of their most popular mice (looking at you Logitech and Razer). While some people like some kind of weight to their mouse, lightweight gaming mice have proven effective especially for first-person shooters as flicking and swiping across have never been easier, giving the player some kind of edge in competitive play. Most esports pros and streamers have made the switch over to lighter mice to give them an advantage which we see in various highlights throughout Twitch and Youtube.

Lightweight mice qualify as mice that are 80 grams or under. Most average, regular mice range anywhere between 90-140 grams and while that doesn't seem like a lot to a normal person, many gamers and PC enthusiasts alike will notice the difference in the weight of a mouse. As someone who once went from a Logitech G502 to a HyperX Pulsefire Haste, the difference in weight and feel was incredibly noticeable.

One of the more accessible lightweight wireless gaming mice in the market today, the Steelseries Aerox 3 Wireless almost goes toe-to-toe with the highly rated Logitech G Pro Wireless at about 14 grams lighter and $30 less.

Weighing just 66 grams, the Aerox 3 Wireless manages to stay under 70 grams thanks to its honeycomb design, despite having several features and RGB lighting. It connects via both Bluetooth and 2.4 GHz wireless connection, although the 2.4GHz connection is recommended for gaming due to its faster response time compared to Bluetooth. It charges via USB-C and features a customizable sleep function to save battery power when not in use. The Aerox 3 Wireless features an 18,000 CPI sensor which, along with the RGB lighting and several other details, can be customized in Steelseries’ Engine software.

At just $100 (only $60 for the wired version) and about 14 grams lighter than the more premium Logitech G Pro Wireless that it competes with, the Aerox 3 Wireless isn’t a bad alternative. It may not fully beat the GPW head-to-head, but it’ll go the distance in a championship bout and could surprise you in the end.

One of the most popular mice on the planet, the Logitech G Pro Superlight once again finds itself in the spotlight for its surprising weight, or lack thereof.

The G Pro Wireless Superlight needs no introduction. It takes mostly everything people loved about the G Pro Wireless, cleans a few things up, and manages to drop almost 20 grams. At just 63 grams, this mouse is an absolute feather compared to its “heavier” 80 gram big brother and performs just as well. It features an ambidextrous design, has an upgraded 25K HERO sensor compared to the GPW's 16K HERO sensor, glides smooth on the pad, and despite its lighter frame it is just as durable. Most esports pros and numerous streamers alike have made the switch over to this mouse.

Weight aside, wired aside, this is one of the best mice in the market. Period.

Coming in at just 59 grams, HyperX made an absolute statement with the Pulsefire Haste’s entry into the lightweight gaming mice scene. It comes with a black matte finished honeycomb chassis, six buttons and a very light attached cable that you can forget is even there sometimes. It has a PixART PAW 3335, 16,000 DPI sensor that competes with some of the best, heavier, gaming mice out there and can be customized through HyperX’s NGenuity app. Its lightweight chassis, despite being a little creaky if squeezed hard, is pretty solid and fairly ergonomic, although it's smaller size is meant for those with small-to-medium sized hands.

The best part: this mouse costs just $50, making it extremely accessible, and is almost always available at your local Best Buy. Its price undercuts other, more popular lightweight gaming mice like the Razer Viper and Steelseries Sensei Ten, and competes directly with the Glorious Model D—which unless you live near a Micro Center, you have to order it online. If you are in the market for a high-quality, lightweight gaming mouse at a great price, the Pulsefire Haste is an absolute steal.

Of all of the mice listed here, the Cooler Master MM710 is by far the smallest of the bunch.

It’s the furthest from the most premium product compared to the previously mentioned HyperX Pulsefire Haste, however the MM710 holds its own as far as durability and performance is concerned. Its small frame is really meant for those who use claw grips and those with smaller hands. The MM710 features a sleek honeycomb design with a matte finish, similar to the Pulsefire Haste. It’s ambidextrous design opens up the accessibility for this mouse, and its adjustable 16,000 DPI sensor puts it on par with most other gaming mice out on the market.

At just $50, this is a solid, budget-friendly pickup for those looking for a good lightweight mouse geared more toward smaller hands and claw grips.

The Finalmouse UItralight 2 is the lightest gaming mouse in the world, coming in at just 48 grams. This mouse is so light it will feel like you're flicking air. Almost literally.

It features the standard, lightweight honeycomb design with a braided cable and performs like one of the best mice on the planet. It comes with omron buttons for longevity and despite the lack of RGB, it does come with customizable skins for you to design the mouse however you want.

Its biggest downfall is its price. It is $15 more expensive than the Logitech G Pro Wireless Superlight and almost three times the value of the other two wired lightweight gaming mice listed here in the Cooler Master MM710 and the HyperX Pulsefire Haste. However, you are paying for premium quality, so if you have the money to burn, and have to have a wired mouse, this could be the one.

A mouse that could have found its way onto this list, the Roccat Kone Pro’s lone flaw is that despite its ambidextrous, 66 gram shell, it is $80 for a wired mouse without a detachable cable. It does manage to hang in there with the big boy gaming mice, featuring a 19,000 CPI sensor and eight programmable buttons. But the Aerox 3 slightly outdoes this mouse at its weight class due to it being wireless.

One of the best wireless mice in the last three years, and used by esports pros and streamers all over, the Logitech G Pro Wireless is the “heaviest” of the bunch, but still light enough to find a place on this list. It led the way for the previously mentioned Superlight to earn the spotlight, but even at 80 grams this is still one of the best, fairly lighter mice around today and with the popularity of the Superlight, you can find this on sale for under $100.

The Razer Viper Ultimate is by far one of the top mice around, featuring an ultra-high response rate and Razer’s traditional extreme performance. Although slightly heavier than others on this list, it's still a strong, lightweight mouse that packs a punch.

Coming in just shy of the cutoff for the lightweight mice highlighted on this list, the Glorious Model O Wireless is one of the best wireless mice around, period. Weighing in at 70 grams, it features sleek RGB lighting, USB-C charging and comes in an ambidextrous shape.

For more Hardware Guides, check out 2021’s Best Mouse for Gaming: 5 of the Best Gaming Mice on Pro Game Guides!