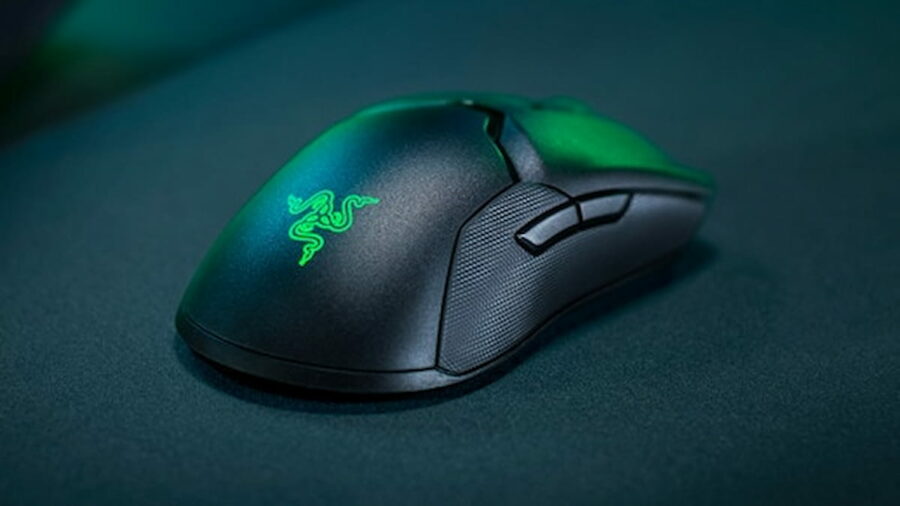 Let's be real for a quick second: the last thing that gamers want to happen is to either be stuck with wrong or poor equipment, or to not have certain types of equipment available for them.

Unless you are a baseball player being a lefty can, for lack of a better term, kind of suck—especially in the gaming sphere, and even more so if we're focusing on gaming mice. The majority of gaming mice, especially the top gaming mice in the market today are dedicated more toward right-handed users, leaving their fellow southpaws in the dark. But there are some great gaming mice out there that not only support left-handed users, but combine stellar quality with dedicated and accessible functionality ranging from form factor to proper side buttons for left-handed gamers.

These are just some of our picks of the top ambidextrous gaming mice in the market which also happen to be some of the best overall gaming mice as well.

Steelseries is one of the top gaming peripheral brands out there and their gaming mice are some of the best in the market. The Sensei series features an ambidextrous design with an ergonomic shape and stays within Steelseries’s standard of quality.

The Sensei Ten highlights the series’s heritage of quality and functionality for southpaws. It features a pair of thumb buttons on both sides of the mouse so as to not leave lefties in the dark. The thumb buttons can be disabled through Steelseries’s software, along with Steelseries’s TrueMove Pro 18,000 DPI sensor that keeps it on pace with some of the top performing gaming mice out in the market.

The other great part about this mouse is its price. Coming in at just $70, the Sensei Ten straddles the border between budget mouse and low-price premium mouse. If you can find this on sale, this is an easy recommendation to pick up.

If you are a southpaw specifically looking for an esports dedicated mouse, the BenQ Zowie FK 1 and the rest of the FK series is the one you are looking for.

The BenQ Zowie mice are used throughout the esports industry by some of the best players for good reason. It is a low-profile gaming mouse with a business-like design that prioritizes performance over flashiness. Its shape with the hump more toward the middle of the mouse makes it great for both claw and palm-grip players alike with medium-to-large sized hands. It features a pair of side buttons on both sides which makes it accessible for southpaws and its DPI can be adjusted on the mouse itself, avoiding the need for any dedicated software. The DPI only goes up to 3,200, far less than its competitors in the market, however where it lacks in DPI, it makes up for in precision. Users claim that despite the "low" DPI range, the mouse is sensitive enough to allow fast, precise flicks.

The BenQ Zowie FK 1 is one of the best competitive gaming mice out there and should be what is on you mousepad if you're within the competitive space.

The Razer Viper line may just about be the best gaming mouse line out there and somehow Razer continued to add quality and speed to each of the three mice in the line.

With its ambidextrous form factor making it accessible and easily usable for both right and left-handers alike, the Razer Viper may in fact be the fastest gaming mouse on this and any other gaming mouse list out there. It features an 8,000Hz sensor along with Razer's 20K DPI optical sensor and their second generation optical mouse switches. This mouse moves and reacts as fast as you do, making those highlight clipped flicks as routine as putting your hand on the mouse itself. It comes in three versions, the main Viper, the lighter and extremely budget friendly Viper Mini, and the more premium and wireless Viper Ultimate.

If reaction speed is your thing, look no further than the Razer Viper. Either of the three of them.

The Logitech G Pro Wireless and its lighter cousin, the G Pro Wireless Superlight, are two of the best overall gaming mice on the planet, separated by just 20 grams and are trusted and used by streamers and esports professionals throughout the world.

It features Logitech’s 25K HERO sensor and a battery that lasts beyond 60 hours on a full charge which won’t require you to plug the mouse in after every single use, or at the end of every day. The G Pro’s 80 gram frame may make it one of the lightest, non-honeycomb designed mice on this list, only to be easily outdone by its 60g Superlight cousin. But what makes the GPW special, especially for this list, is its design. It features a small-to-medium sized ambidextrous form with side buttons available on both sides. The buttons can be removed on the side you are not using, and its clean-cut design makes it proper for both your work and gaming desks alike.

Overall, the GPW and Superlight are two of the best mice available and with the GPW starting to go on sale more often for under $100, this is one to grab immediately.

The Logitech G903 is an interesting mouse, but for good reasons. Much like the previously mentioned G Pro Wireless and Superlight, it is a high-quality, wireless gaming mouse that is a bit larger than the GPW and works like the GPW, except that it feels like an ambidextrous version of the much beloved G502 Lightspeed with a few of its features.

The G903 has side buttons on both sides of the mouse, making it accessible for left-handed users, especially those with medium-to-larger sized hands. The G903 really is a great alternate over the smaller G Pro Wireless in that regard. It also features Logitech's 25K HERO sensor, much like the GPW, an infinite lockable scroll wheel, and 11 buttons, like the G502 does. The wild part about the G903 is its reported battery life. Logitech reports the G903 to last about 140 hours with the RGB on, 180 without, and if you get Logitech's Powerplay charging mousepad, you'll never have to charge with the wire again.

The G903 kind of stays in the shadows of some of Logitech's best gaming mice, especially the GPW and Superlight, their flagship mice at the moment. But the G903 is an incredible, premium pickup for both right and left-handers alike.

Corsair M55 RGB Pro - One of the top budget mice around, the M55 combines an ambidextrous design with a clean design and a surprisingly strong 12,400 DPI sensor, all coming in at just $40/

Steelseries Sensei 310 - The much more budget friendly predecessor of the Sensei Ten mentioned above, the 310 is lightweight without feeling cheap, made more palm and grip players with textured side panels and is customizable through Steelseries's software.

Logitech G300s - Not the most common of the Logitech G mice, the G300 is incredibly affordable at just $40 and is the most unapologetically ambidextrous designed mouse of this entire list. Its DPI goes as high as 2,500 features a 1ms response time that makes it one of the fastest and most precise at the price point.

Razer Lancehead - The Lancehead isn't as widely available as the other Razer mice like the Viper above, but it brings an ambidextrous design with really well-placed RGB lighting and features a 16,000 DPI sensor with nine programmable buttons.