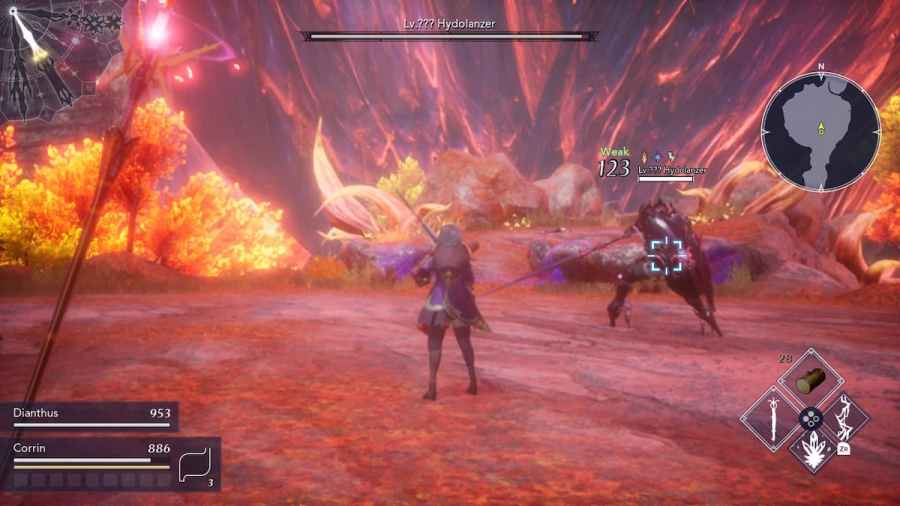 At the end of the pathway in the Higan Canyon is where players can finally find the first boss of Harvestella. Hydrolanzer is shown to be responsible for the issues with the Autumn Seaslight. This boss definitely packs a punch, but fortunately, players get to grind up a very useful job on their way to this fight.

Tips and Strategies to use against Hydolanzer

Players should do two things before attempting this boss fight, especially since there is a Motus Monolite players can use to warp back once these are done. The first is to check if they have any food on them. If not, it's best to go to the General Store and buy Eggs and Milk (they both recover 600 HP).

The other thing players need to make sure of is if they have any spare Job Points lying around. After farming the many enemies in the Higan Canyon, players may have a large amount of JP available that they could use to learn new skills. It's easy to have Electro and Freezing right before this battle.

Related: How to break big rocks in Harvestella

As for the Hydolanzer battle itself, most of this boss' attacks are quite painful. There is one in particular that is incredibly easy to dodge. Step to the side whenever a player sees Hydolanzer emitting a red beam on the ground. This means Hydolanzer is about to charge in, so players will definitely want to avoid damage here.

Other than that, the rest of the battle is pretty straightforward. Players should be cycling between Electro and Freezing by using one while the other is off cooldown. The nice thing about the Mage job is that it allows players to fire projectiles from a distance. With enough food to survive and enough damage to inflict, Hydolanzer should go down easily.

How to beat Hydolanzer in Harvestella