Hearthstone's new Scholomance Academy expansion has now been revealed and we've got some interesting details about what to expect from this new set. This will be the second expansion of the year, so players should be looking forward to some wacky new cards, and hopefully some big additions to Battlegrounds. We'll be taking a look at when you can expect the expansion to release, details on the pre-purchase, and a whole lot more information in this post!

The expansion was officially revealed at 10am PT on July 14th, 2020 along with the 17.6 patch. You can find all the currently revealed cards in our Scholomance Academy Cards post!

There are two different packs of the pre-order that you can purchase early. One is the Scholomance Academy Mega Bundle.

Based on the image, it looks like the pre-order will contain the following:

The other is the standard bundle which will cost you $49.99 USD. 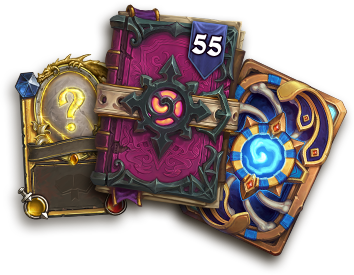 You will notice some of the cards have half colors on them, these are dual class cards and can be used by either class! Only certain classes will be paired together, here's a list of them: Druid/Hunter, Hunter/Demon Hunter, Demon Hunter/Warlock, Warlock/Priest, Priest/Paladin, Paladin/Warrior, Warrior/Rogue, Rogue/Mage, Mage/Shaman, and Shaman/Druid. Here are some examples:

If you have a Spellburst minion or weapon in play, an effect that is listed on that card will occur when you cast a spell. This can only be triggered one time, but can be quite powerful when you pair one of these cards with another spell. This will also incentivize the opponent to remove these cards from your board or face the consequences of the effect! Here are some example cards with the keyword:

Here's a look at the game board that will be available during the expansion. this will have all sorts of new clickables and hopefully some surprises! 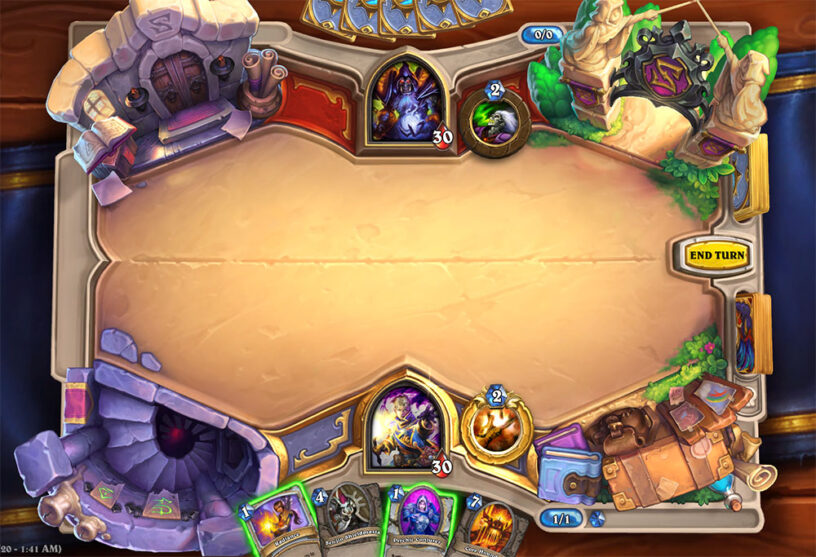 Here's a look at the artwork for the packs you'll be cracking open in Scholomance Academy! 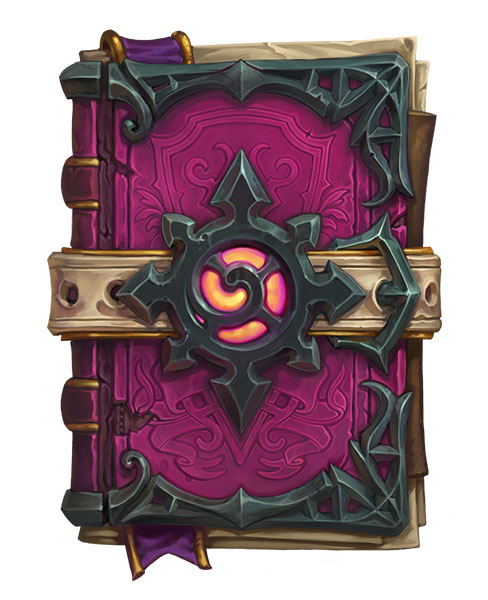 Here's a look at the new Scholomance Academy logo!

If you're looking to dress up your desktop, then here's a look at the a Scholomanced themed wallpaper! Click the image to enlarge. 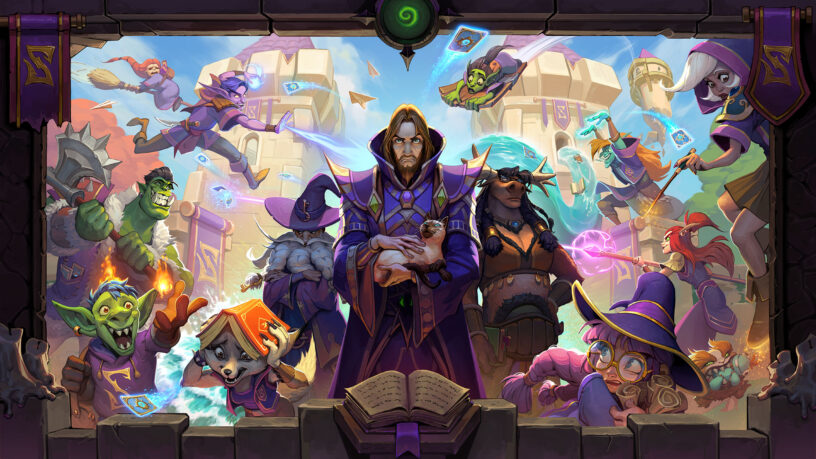