Our Hearthstone Dalaran Heist Guide features information on pricing, release dates, launch times, rewards, and everything else you'll need to know for this new single-player mode being brought to the Rise of Shadows expansion in Hearthstone!

The Dalaran Heist single-player mode for Rise of Shadows is the culmination of all the other rogue-like modes that Hearthstone has featured in the past. It is the combined knowledge of Dungeon Run, Monster Hunt, and Rumble Run. You will be fighting against 75 unique bosses, picking from nine different heroes that each have three hero powers, and can event extend the fun by participating in Anomaly Mode or trying the more challenging Heroic Mode! If you've been a fan of Hearthstone's PvE in the past, then you should really love what Dalaran Heist has to offer.

Update: (5/14/19): If you're excited to see some early single-player action in Hearthstone, then Blizzard has brought some content creators to play it on stream!

What Time Will Dalaran Heist Be Releasing/Launching?

The first two chapters will launch on May 16th, 2019. The following times show the very likely times that they will be available, but these are not official! If Blizzard posts the exact times, we will update this immediately.

The good news is that you get the first chapter for free! The bad news is that each other chapter will have to be purchased with either in-game currency (700 Gold) or real money ($6.99 USD per chapter). If you decide you want to just buy all of the chapters, you can pay $19.99 USD for all four of the additional chapters!

There's a lot of great information in this Hearthside Chat video with Game Designer Giovanni Scarpati! 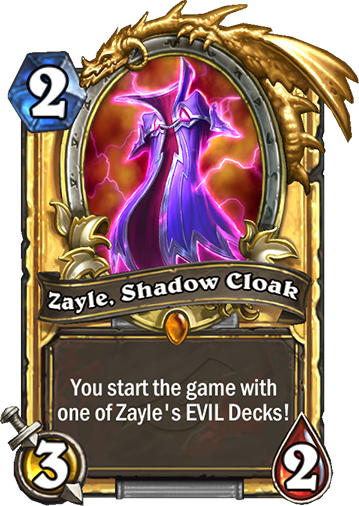 If Zayle, Shadow Cloak sounds familiar, it is because it is very similar to Whizbang the Wonderful ! Zayle will be the only card required to be placed in your deck, and when you take it into the game you will play one of five EVIL decks at random.

If you don't want to purchase the Dalaran Heist single-player mode, you can still craft a normal copy of Zayle, Shadow Cloak when it releases.

You will get to pick from nine classes, each of which has its own custom hero! These heroes have the choice of three different hero powers, but you will have to unlock them by completing particular tasks. 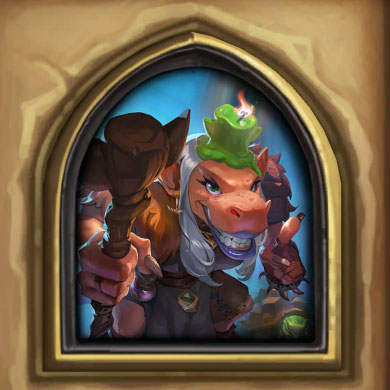 "A Druid of the Rat, known for her turtle and hedgehog forms." 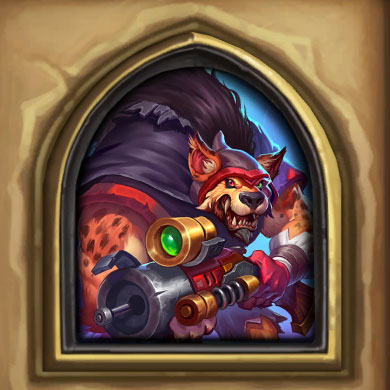 "Who gave a high powered sniper rifle to a gnoll?" 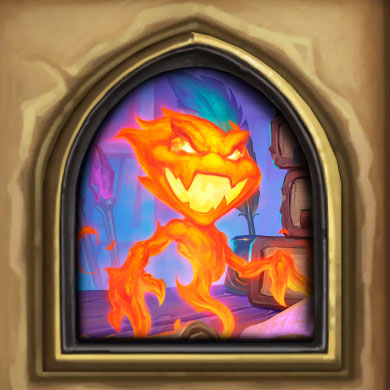 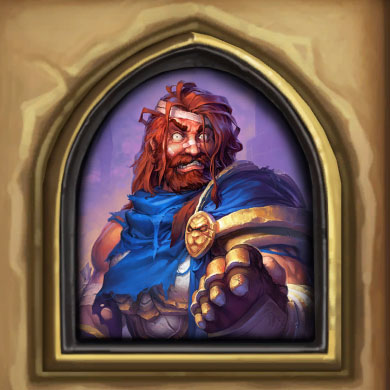 A vengeful paladin who's breaking vows and faces alike. 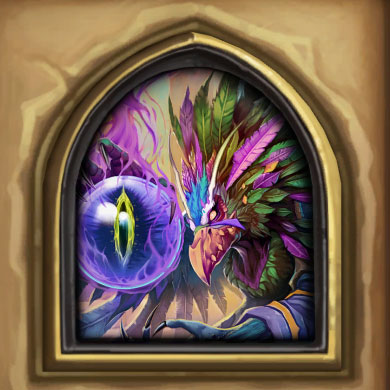 Lazul promised this shadowy arakkoa that she would fly. 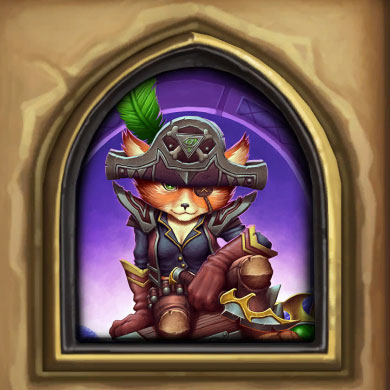 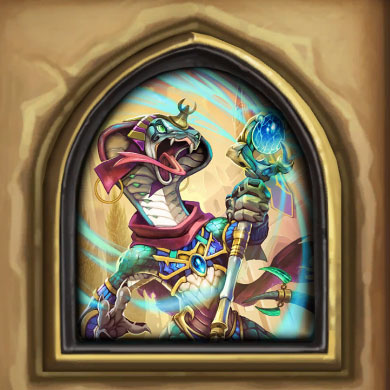 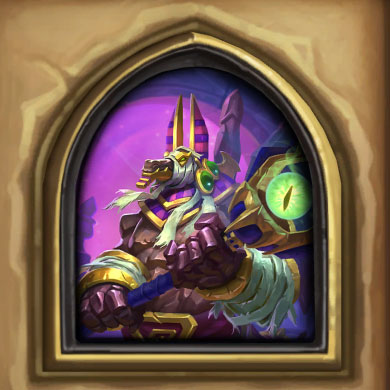 "This tol'vir prince is forged of hate and stone." 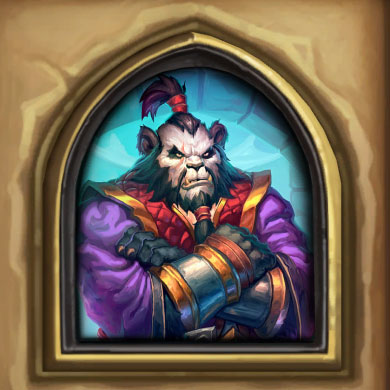 "This black-market bodyguard is the new muscle for E.V.I.L." 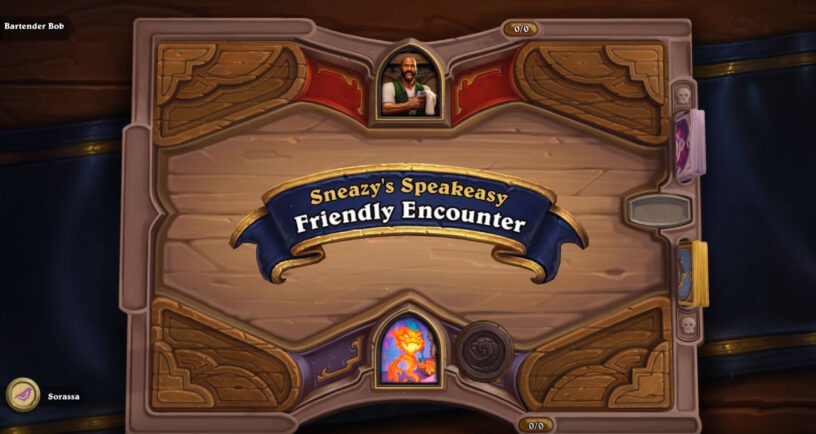 It appears you won't just be facing off against bosses in this mode, there will be friendly encounters where you can pretty much edit your deck. You can remove cards that you don't want, and you can even recruit some new ones if you see something sweet that the NPC has to offer! 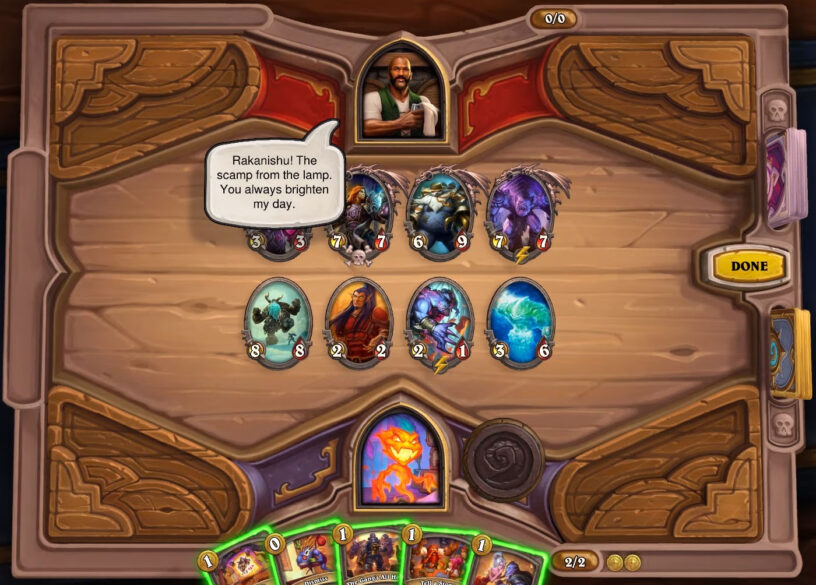 You get a certain amount of coins to work with, and each action costs you a coin (or 0 in the case of Dismiss). 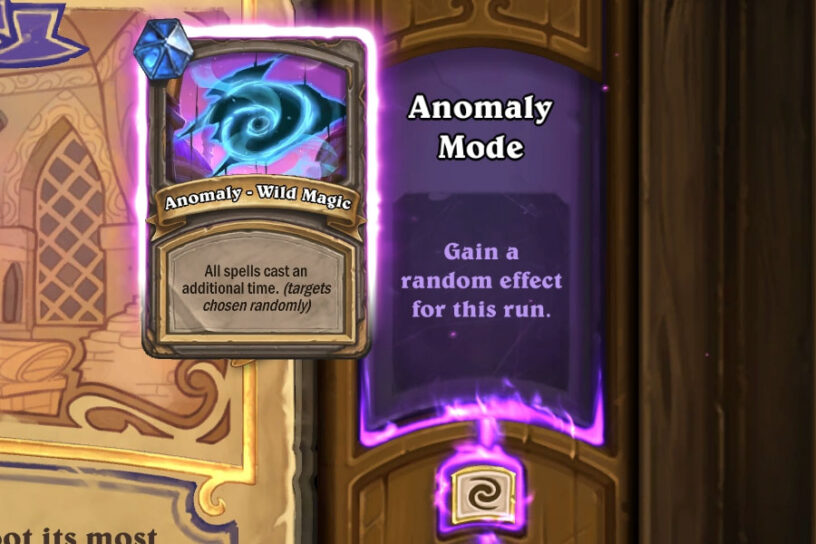 If you want to change things up a bit in the adventure, then you can try your luck at Anomaly Mode! You can replay one of the chapters, and when you do you will be given a random effect for that particular run. For example, there's "Anomaly - Hallucinating: Both players start the game with 10 'Hallucinations' in their deck." There's also the Wild Magic Anomaly, it reads: "All spells cast an additional time. (targets chosen randomly). Each time you start a new run, you will get a different effect that will help vary up the experience to add more life to the mode!

If difficulty is what you crave, then you are in luck with Heroic Mode! This ramps up the difficulty quite a bit by giving the bosses more health and better decks. Your deck building skills and RNG will be tested to the max.