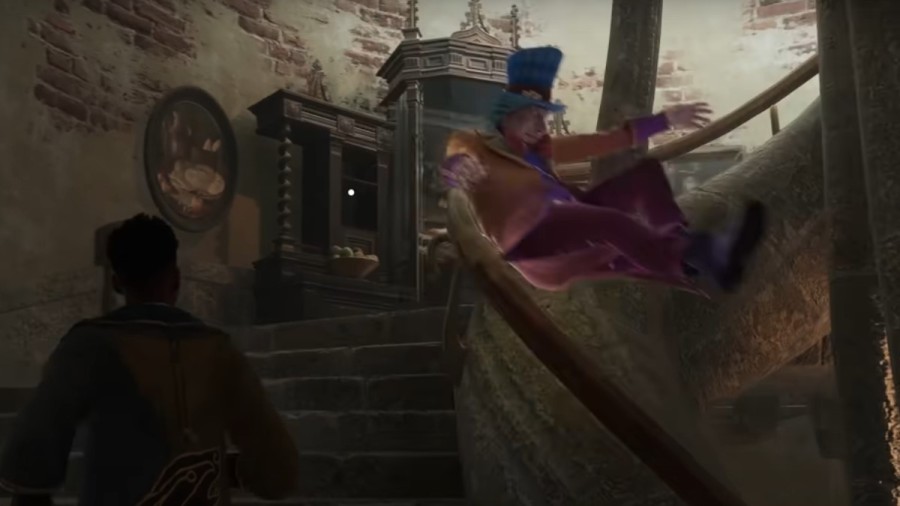 Hogwarts Legacy means giving fans as close to a true Hogwarts experience as possible. Part of that mission is to recreate the titular school with high fidelity to the original Harry Potter book series. Fans may know Peeves, an ornery ghost living in Hogwarts Castle never made it into the official film series. Well, it seems as if he has made it into Hogwarts Legacy.

Can you find Peeves in Hogwarts Legacy?

You most certainly can. Eagle-eyed viewers may have already spotted Peeves in the first gameplay showcase. Avalanche software again confirmed his presence in the game by retweeting this tweet. Another Hogwarts ghost confirmed to be present in the game is Nearly-Headless Nick, a fan-favorite patron ghost of the Gryffindor house.

Related: Can you swim in Hogwarts Legacy?

What has not been confirmed is whether players can interact with the famous prankster. In each appearance he has made, Peeves appears to be more like a part of the environment rather than an NPC. While it would be nice to interact with him, fans may have to settle for spotting him sliding down banisters or hearing obnoxious poems about toilet diving while he knocks down our fellow students.

Is Peeves in Hogwarts Legacy?