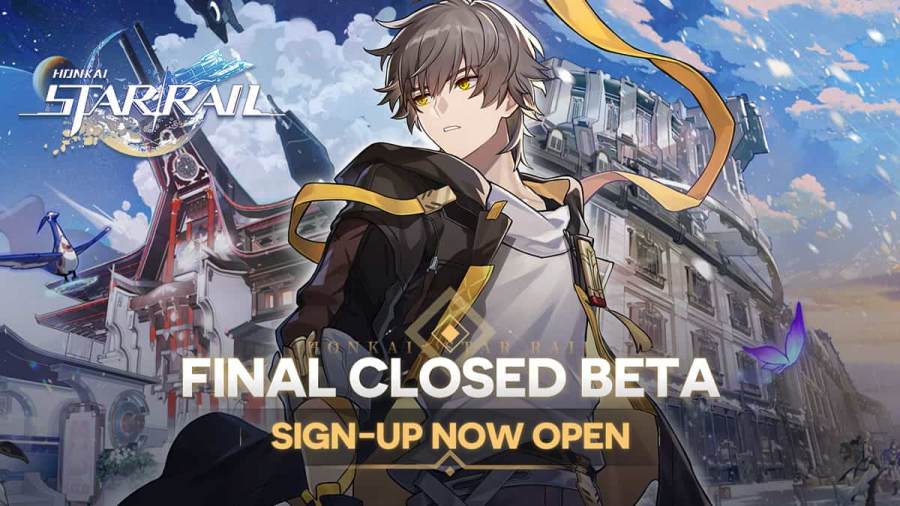 Honkai: Star Rail takes players aboard the Astral Express in one last stretch before the official launch. The final closed beta test for HoYoverse's upcoming turn-based RPG just launched on January 24, 2023, with recruitment running until February 2, 2023. Lucky players will be chosen to experience the exciting journey across the galaxy first-hand, from landing on the Herta Space Station to Jarilo-VI and the all-new Xianzhou.

Players can sign-up for the closed beta by heading to the official recruitment page, where they must log into their HoYoverse account, which is shared across all the developer's games and HoYoLAB. Click on the Sign-Up button and complete a small survey to seal the deal. Players will have to provide their Discord ID for HoYoverse to get in touch later on.

Additionally, players can participate in the pre-registration event to get an exclusive HoYoLAB avatar frame, which they can claim above the Sign-Up button on the recruitment page.

Lucky players eligible for the closed beta test are chosen at random and will be informed via email, HoYoLAB, or Discord, so make sure to keep those channels open. While recruitment is random, eager players can increase their chances of winning by participating in Pom-Pom’s Galaxy Travel Guide web event, where 500 guaranteed spots will be rewarded to active players.

As part of the festivities, HoYoverse also released an amazing closed beta trailer titled Space Comedy. It introduces players to the everyday lives of Honkai: Star Rail's colorful cast of characters, including a teaser of new friends they can meet in Xianzhou. The lighthearted trailer is a testament to the fun in-game interactions players can expect while crossing through the galaxy—enjoy the video below and get excited for what the beta has to offer.

If you love HoYoverse's other titles, check out our opinion on Honkai: Star Rail vs. Genshin Impact – a comparison of HoYoverse’s open-world titles here on Pro Game Guides.