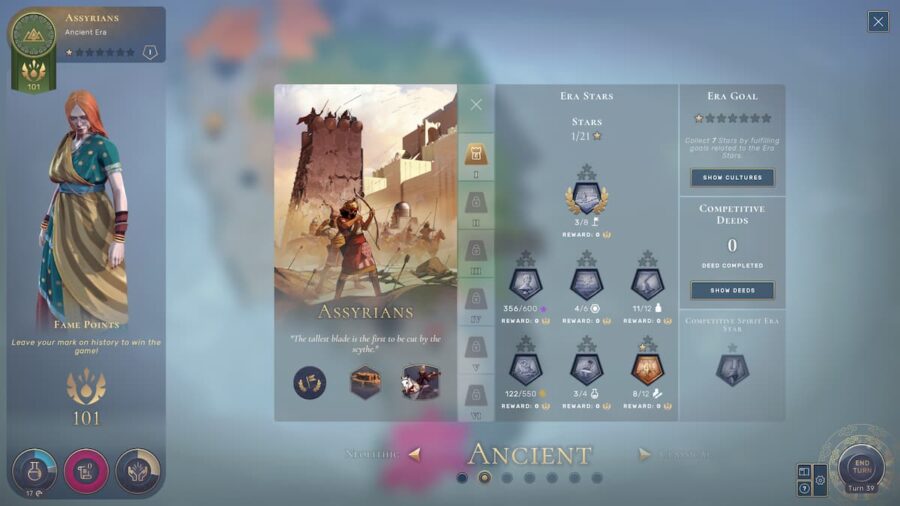 Only one civilization can truly be the greatest example of humankind. To that end, you must progress through every era with that in mind. To be considered the greatest empire, and more importantly, to win the game, you will need to have the most Fame.

This resource is tracked from the Neolithic Era to the Contemporary Era. Whichever empire has the most fame at the end of the game will be the victor. This means that just because you are the last empire standing, doesn't necessarily mean you will win. You can track your Fame points in the Empire Tab which is in the top left-hand of the screen.

Related: How to gain Era Stars in Humankind

There are four ways to accrue Fame. The best way to increase your fame is by earning Era Stars. Since you can earn multiple Era Stars in each era, it pays to take your time and try to achieve as many as you can. Another way to earn Fame is to build Wonders. Various wonders can be built in each era, though these can be ransacked. You will not earn any Fame though if you capture another empire's Wonder.

You can also earn Fame through Narrative Events. These will occur based on the player's actions and offers them a choice to make which can affect your empire's ideology. The last method to earn Fame is by Competitive Deeds. These are challenges that typically only one empire can achieve, but it is possible through diplomacy and sharing the same world view for multiple empires to complete these Deeds.

For more information Humankind, check out What does Map Focus do in Humankind and How to increase Influence in Humankind on Pro Game Guides.