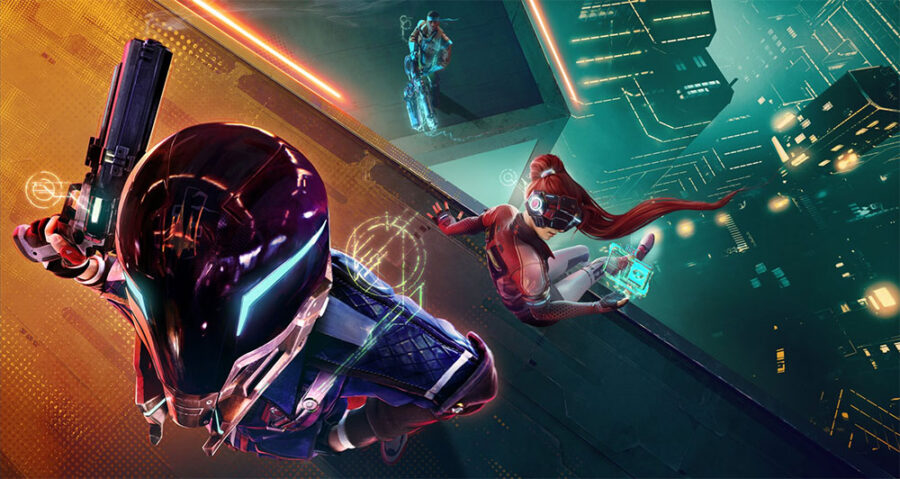 Hyper Scape is a brand new Battle Royale game by Ubisoft that has just hit the net! If you're wondering which weapons you should be picking up to tear up your enemies, then we've got a look at Hyper Space's best guns in this guide. Your choice of weaponry will have a large impact on how you perform, so make sure to pick options that suit your play style the most.

Keep in mind that fusing weapons is a pretty important aspect of Hyper Space. When you're carrying a weapon and you find another one just like it you can fuse it into your weapon and it will upgrade it. Guns have four fusion levels with the max being at four! Each weapon has its own particular strengths when fused.

It's obviously very early in the game's lifespan right now, but we're compiling a list of guns that have seemed to be performing particularly well so far. We'll be adapting this list in the future as things are changed and added.

Sniper Rifles right now are likely the most powerful guns in the game right now. This is mostly due to the fact that the snipers are hit scan, so you don't have to adapt for bullet drop. If you can max the fusion on the Protocol V, you will one shot people if you can land the head shot with this. These are also great when players are jumping around in mid-air to escape, or if a low gravity situation comes up so you can just pick people off that get stuck in the air. For these reasons, it makes the Protocol V one of the best weapons in the game.

If you like a grenade launcher style of weapon then this is a very good option. It fires orb like projectiles that bounce and then explode when they hit a wall or player. This is particularly useful in Hyper Scape because of the abilities players can use like invisibility and teleport. You can potentially hit some splash damage on an enemy that goes invisible, or you can predict a teleport and lob an explosive on top of them!

The Hexfire is a particularly good weapon if you have good tracking based aim. If you can follow along with a target then the Hexfire will shred them! This is pretty much a Gatling Gun, which fires a ton of bullets in a short period of time. The recoil isn't terrible, so if you can follow along the enemy you are trying to take out pretty well you should dish out quite a bit of damage!

Skybreaker is similar to the Salvo EPL in that it can splash damage around, but it has a more instant explosion of electricity when it hits the ground. The AOE also seems to be a bit weaker than the Salvo EPL, but the splash is larger and will cover more ground. This is a better bet if you're struggling with players who are using invisibility and attempting to escape around corners and buildings.

That's it for all the best weapons in Hyper Scape right now! We'll be keeping this guide updated with additional information as the game is updated, and players get more of a chance to work out what the best combos end up being!

Hyper Scape: How to Revive Your Teammates – Resurrect Squad Mates!