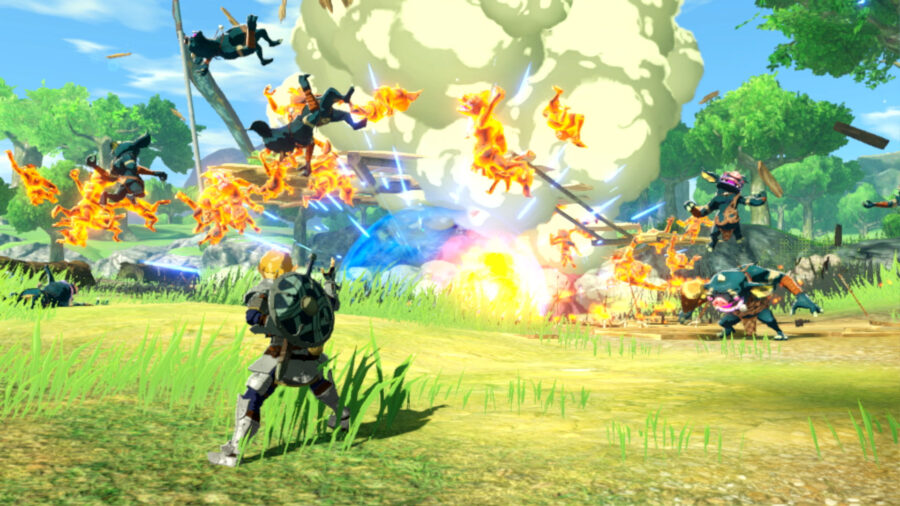 Hyrule Warriors: Age of Calamity was a surprise announcement by Nintendo and Koei Tecmo a few months ago. Over time more information has trickled out, and now eventually the Nintendo Switch as a playable demo. Of course, that demo has already been data mined, and a potential roster of all playable characters has been revealed. As always, take all leaks with a grain of salt. We're also classing this as a spoiler, so for anyone not wanting to know the full roster, do not read on further than the first list.

The following list of names has been data mined; however, this list is based on an assumption, as only the character icons were found in the demo, so this list is by now means 100% accurate. We will separate the list into two, the first being playable characters that we knew for a fact were going to be in the game. The second list will be the less obvious characters, or wow, this is a complete surprise.

The list of obvious playable characters in Age of Calamity:

The list of not so obvious playable characters in Age of Calamity:

Now a few on this list we were not expecting at all, such as Ganon! Will we maybe play as him against Hyrule's forces, potentially after the main story has been completed?

A few more characters that people were adamant were playable are sadly not, well at least in the base game - Purah, Robbie, Dorephan, and the new Yiga villain, as well as the new mysterious hooded figure. We suspect that like Hyrule Warriors, a lot of DLC will be added to the game and that these other characters will come in the future.