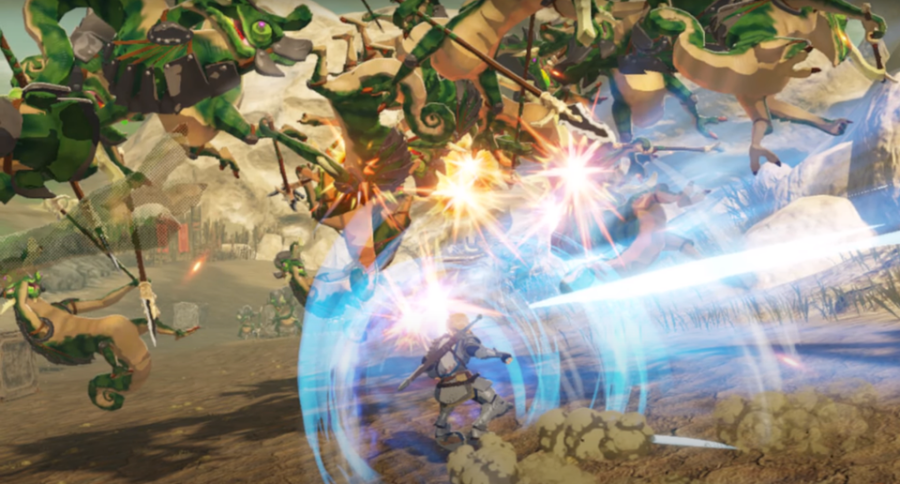 Multiple characters can be used in Hyrule Warriors: Age of Calamity and each one has a level that can be increased by slaying the enemies of Hyrule. Once a character levels up, their strength increases, making them more powerful, so foes that were once a challenge - are not a challenge anymore!

Hyrule Warriors Age of Calamity guide How to Level up

There are two ways to level up in Hyrule Warriors: Age of Calamity, the first is by replying stages earning experience, and the other is by spending rupees at the Military Training Camp. Leveling up increases the strength of your characters, so the higher, the better.

Since there's a large number of characters in the game, it's a good idea to keep everyone roughly the same level; even if you prefer the playstyle of some characters over others, generally best to keep everyone roundabout the same. As you never know, when a mission will appear, that will force you to use two characters that you never use. Sure, you can brute force it with Link, but that will not be possible on the higher difficulties.

Replaying missions might seem like a chore to some, but there is no limit to how many times you can replay them. Due to the new material mechanic of Age of Calamity, repeating missions is not a bad thing because having an abundance of different types of materials is a godsend to unlocking upgrades early. And also being able to cook frequently at the start of every mission.

Repeating missions in conjunction with the Sheikah Sensor is the best way to choose what missions you want to replay. Sure, the higher level the missions, the more experience, but materials are well and truly needed, so it's the best of both!

However, in most of the game's story missions, Link is always required for the first time playing through it. But after it's complete, you can then replay that level with any other character you have unlocked.

If you have an abundance of spare rupees lying about, then the Military Training Camp is perfect for you to use. This is, without a doubt, the fastest way to level up your characters in Hyrule Warriors: Age of Calamity. The Camp provides one aspect, to trade rupees to boost the levels one of your characters.

You unlock the use of the camp fairly early in Age of Calamity, and you use it by selecting the character you want to boost first, then adjust the level to whatever level you desire. Though only up to your highest character level - if Link is level 20, you can only level up another character to level 20. If you only have a low amount of rupees, you can choose how many levels you want to increase, so only want to add one level to a character, you can!

This service uses a lot of rupees, so you only really want to lose it when you start unlocking new playable characters to the game, to get them near enough level as your other characters.