Hytale is an upcoming sandbox game with elements from many games, but in particular Minecraft and Terraria. You will be able to explore a procedurally generated world, and delve into dungeons and battle against monsters to gain treasure! You can gather and destroy just about everything, and you will be able to create whatever you want with block-by-block construction. The game also has a large focus on allowing players to script and create custom experiences. There will be tools that come with the game that will give you the ability to create NPCs, monsters, and items.

The game is created by the people behind the very popular Hypixel Minecraft game server. They've created a separate company called Hypixel Studios, and the game started development in 2015.

Hytale isn't rated yet, but they are targeting T for Teen.

How Hytale will be monetized is currently unknown. We expect that it will likely be a one-time fee to purchase the game, and that the cost will be in line with Minecraft. However, this is pure speculation and here's what Hypixel has said on the matter:

We're compiling some more information about the game in these separate guides:

Unfortunately, there is currently no release date and we don't really have a sense of how far out we are from the game coming out. Here's information from their FAQ:

This date is still to be confirmed. We’re eager to get it into the hands of players but we want to make sure we do so at a time that makes sense. We want to be confident that we deliver a first impression worthy of player expectations as well as our own ambitions. Rest assured that we are ramping up production to deliver the game to you as fast as we’re able while also meeting these standards.

That's pretty vague, and although the game looks pretty far along in the introduction video, it could be a while before we actually get any sort of release date.

We don't know a ton about beta just yet, but you can sign up for it and be informed of any updates going forward right here. It looks like there will be beta test in the future, so make sure to sign up right away so you have a chance to be included!

Hytale is currently only planned for PC & Mac according to their FAQ:

Hytale will launch for PC and Mac, with the capacity to run game servers on Linux. We’ll explore the possibility of releasing the game on other platforms during development, but for now our focus is on PC and Mac.

If you are strictly a console player, I wouldn't be too worried. The game would likely follow the same path as Minecraft if it gets popular. You could likely expect console and mobile versions to follow.

There is no exact information for system specs just yet. We're obviously hoping this is going to be a relatively equipment friendly game due to the blocky graphics, but it seems to be quite a bit more detailed than Minecraft. I would expect the game to need a bulkier system than Minecraft, but it will depend on how optimized the game ends up being. More information from their FAQ:

We don’t have official minimum specs yet, but currently you can play Hytale on a low end integrated laptop GPU with default view distance just fine. We understand that many players in our community are running lower-end computers. That said, there will also be extensive graphics options available for players with more powerful systems.

Modding appears to be one of the central focuses of the game. You will be able to alter just about ever aspect in it, and they will have tools that are included which allow you to delve deep into item creation and whatever else you'd hope to customize. Here's a quick look at what they plan to support and feature.

If you are a big fan of creating skins in Minecraft and customizing your avatar then you are going to love Hytale. The game has a built in area where you can customize just about everything to do with your clothing and look. Here's a screenshot of the character creation UI: 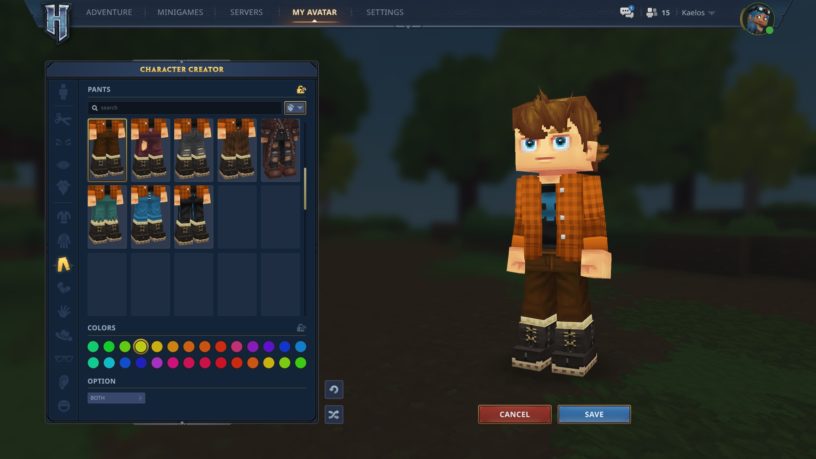 Just like in Minecraft you will be able to customize a whole slew of items. It appears at first glance that rather than having to position ingredients in a certain way, in Hytale you'll just need to have the specific items in your inventory. Keep in mind this is still early in the process, and things can change radically as we head towards release. Here's an early screenshot from the Workbench UI: 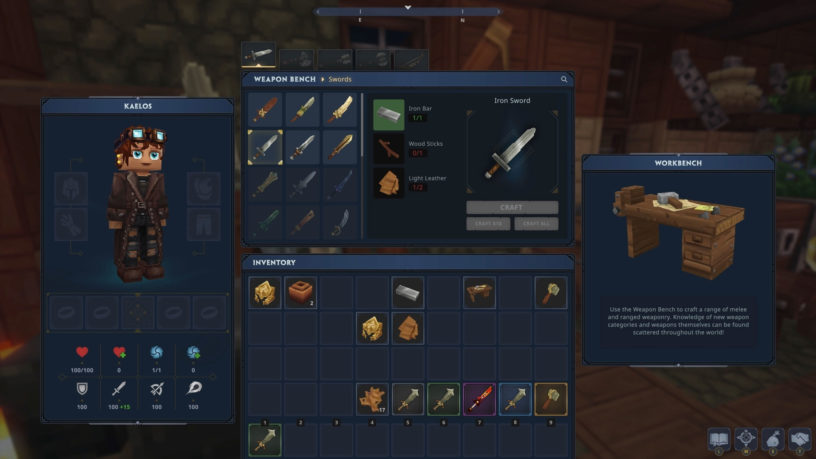 As you get deeper into the game, you will potentially be able to craft and loot higher grade weaponry that has unique stats and attributes. Here's a look at some of the tool tips from these more advanced items. 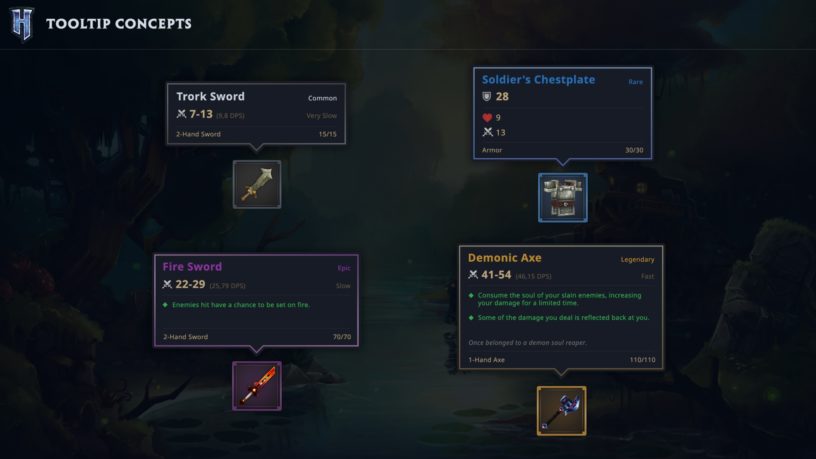 Hytale is looking to be a bit more structured about the in-game lore and is creating a bunch of NPC factions and societies with their own cultures and habits. The two we know of early on in development are the Kweebecs and the Trorks. Kweebecs will be potential allies and are a peaceful bunch, while the Trorks are a set of strong enemies that will come at you in many shapes and sizes! Learn more about these early races with the official NPC post. 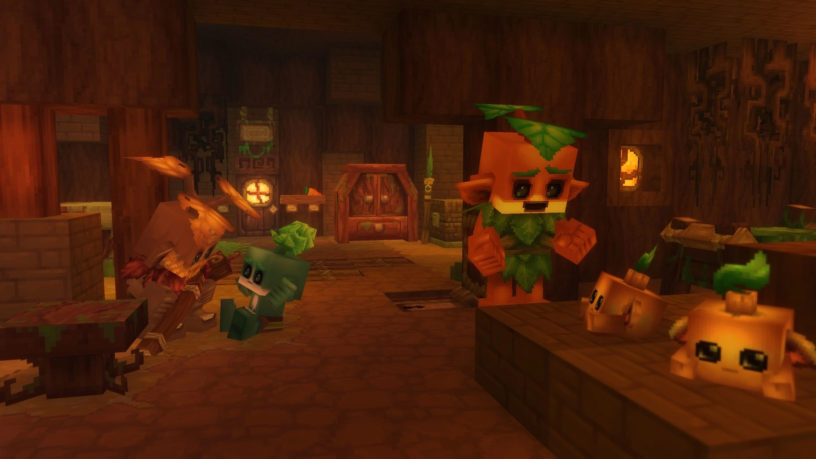 The peaceful Kweebecs will evolve and age over time. When they eventually stop moving complete in their later age, release a burst of energy, and become a tree! 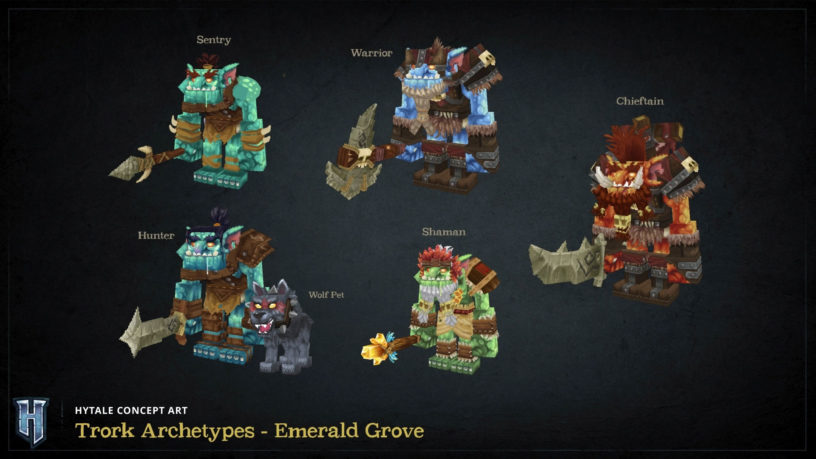 There will also be a ton of wildlife running around the world. From friendlies like Chickens and Antelope, to the ever scary saber-tooth tigers that will hunt in packs! 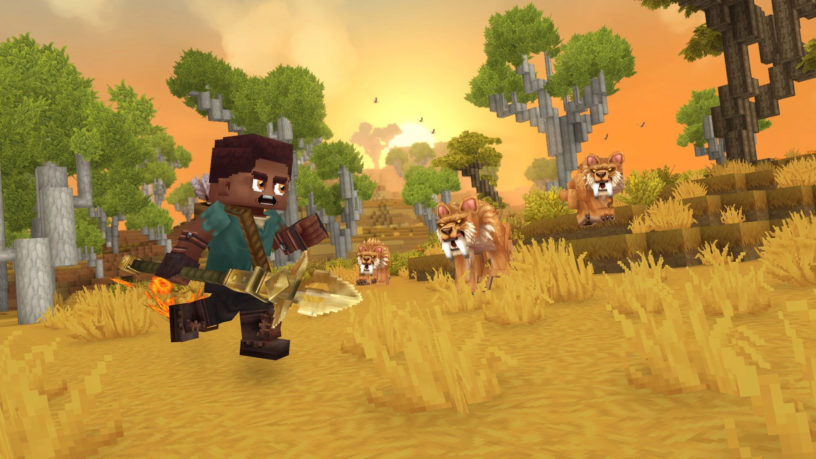 If you delve into dungeons, you will find a wide array of evil things that will be looking to take you down! This includes specific Boss encounters that will test your gear and combat ability. We hope to learn a lot more about this in the future! 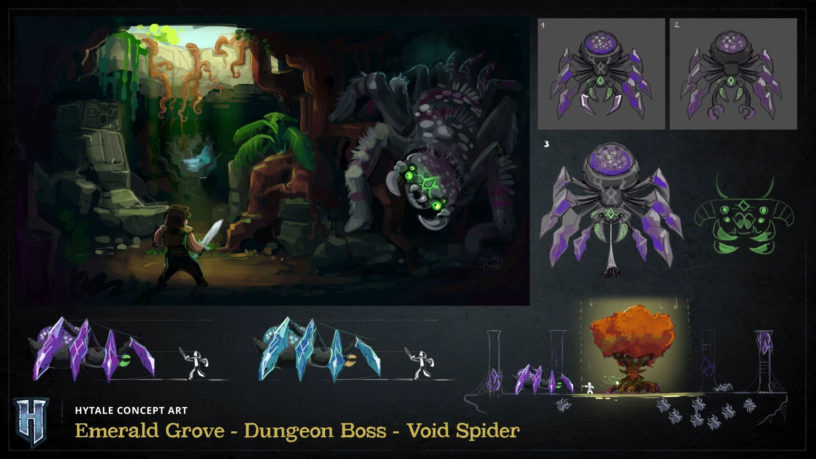 It looks like there will be a lot of different zones, and each one will be unique. Each zone will have the ability to have different biomes. For example, in Zone 1 shown below in the concept art, it can have multiple biomes, such as: forests, lakes, hills, ravines, and more. Learn more about worldgen with their official post. 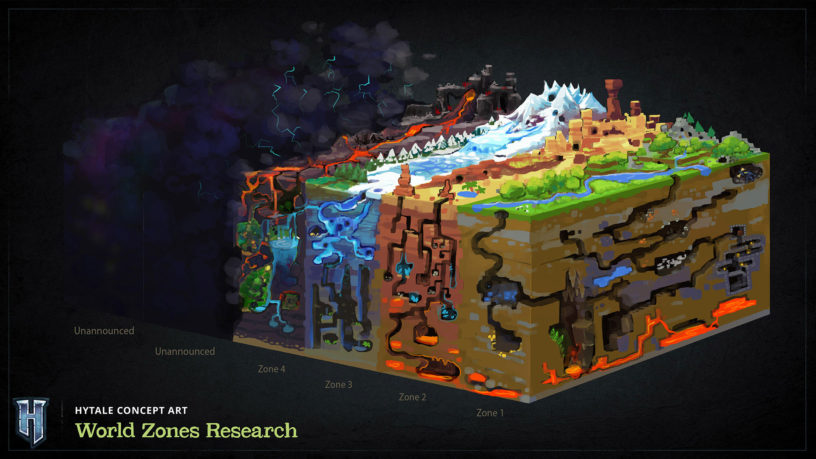 At EGX Rezzed 2019 the developers behind Hytale showed off a teaser video on how Zone 3 will look:

Zomes will have their own set of blocks and distinct content, which can be different furniture sets, NPC races, and all sorts of creature, plantlife, and geology. Ocean zones will have the potential for deep areas if you venture into the depths. 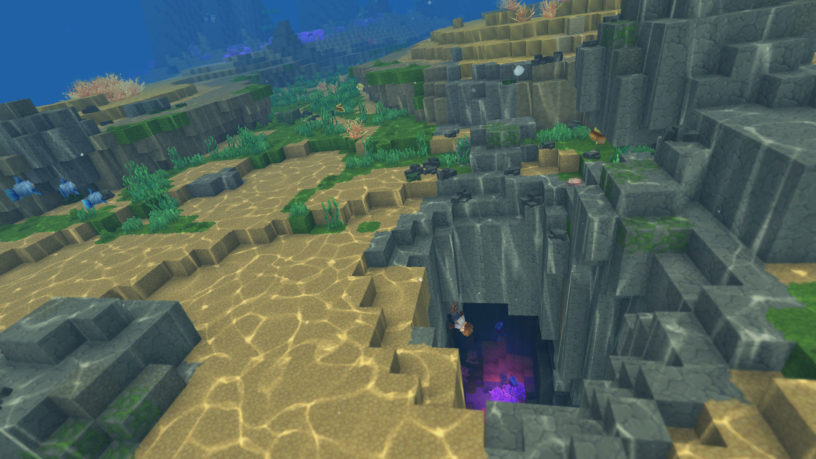 There will also be prefabricated dungeons that will have you going deep into caves and fighting specifically generated mobs for that dungeon. As you go deeper, you will eventually encounter a "final room" which will provide a challenge and give rewards. Once you reach a certain criteria, you'll be able to enter a hand-designed encounter called a Portal Dungeon. These will limit you to what blocks you can break, and challenge you to overcome obstacles and likely lead you to a big prize if you complete one.

Here's an example of one called the Temple of Gaia. 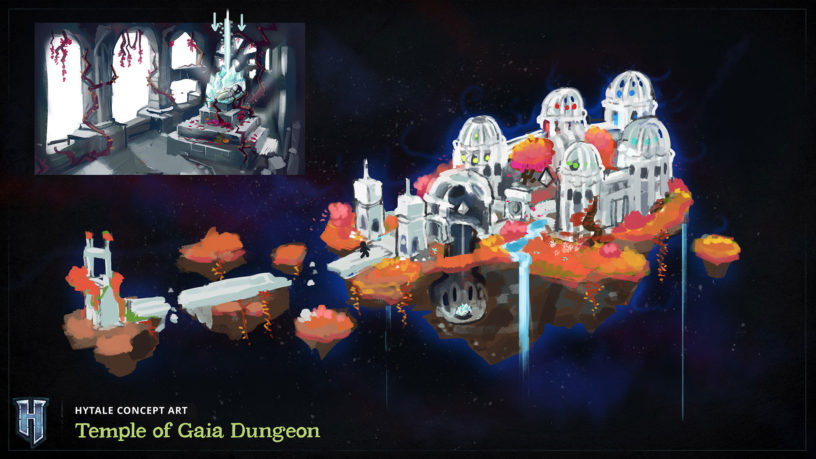 If you are big into customizing and creating then the Hytale Model Maker is where you might be spending a lot of your time. This is a browser and app-based modeling, texturing, and animation tool that comes with the game. We got a bit more information on it in the recent official blog post.

Here's an example of using this tool to create a new sword:

And here's a look at the Hytale Model Maker being used to animate a Zombie from the game:

You will also be able to collaborate with your friends in REAL TIME! You can see an example of this in this real time collaboration video:

Another great part of Hytale is that you will be able to join servers within the game itself. You can browse from a whole bunch of community servers, and when you load one up it will automatically download any of the resources or assets required to play on it. You will be able to sort by the type of games you want to play, such as adventure mode, minigames, co-op, or competitive. Learn a lot more about Hytale's server technology in their blog post.

Here's a look at a UI concept for the servers tab: 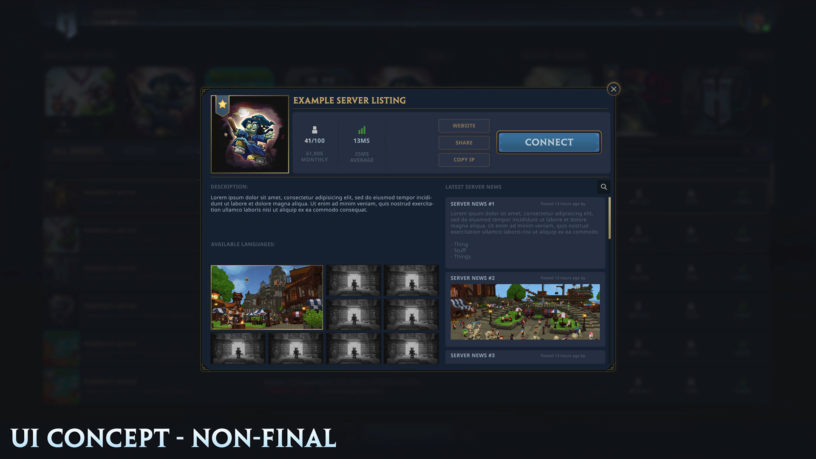