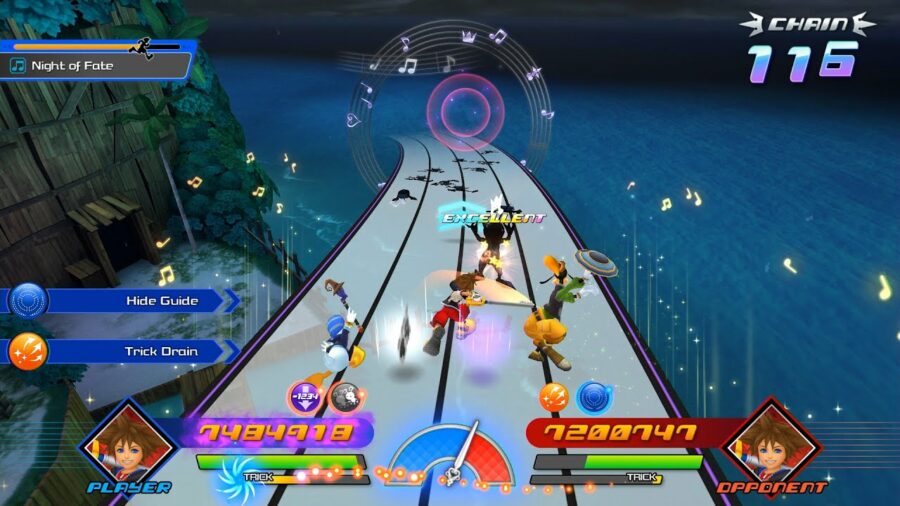 Kingdom Hearts Melody of Memory How long to Beat

Kingdom Hearts: Melody of Memory will take between 4-5 hours to complete, but this is basically just doing the bare minimum that the game offers. Of course, there are many more hours of fun to be had with this title, and if you want to spend the time achieving 3-Stars on every melody.

The World Tour is the main mode of Melody of Memory, and the only way to unlock additional songs is by playing this mode. As you play songs in World Tour, they will become unlocked in Free Play and other additional modes. Melody of Memory takes on the Mario aspect of finishing the game, that you don't have to complete every song in the game to get the ending; instead, you only need a certain amount of stars. So if you've been learning 3 Stars in every song, you'll be able to complete the game in no time flat.

However, to obtain 3 Stars, you must complete optional objectives such as finishing a song with a specific amount of health remaining or getting the number of excellents in a song that is required. On the higher difficulties, those 4-5 hours are truly blown out of the water.

Once you complete World Tour, you will be awarded 15 minutes of new footage hinting at what is coming next to the Kingdom Hearts franchise. Though don't expect much, as remember, Melody of Memory is just a tie in until they release the next installment of the series.