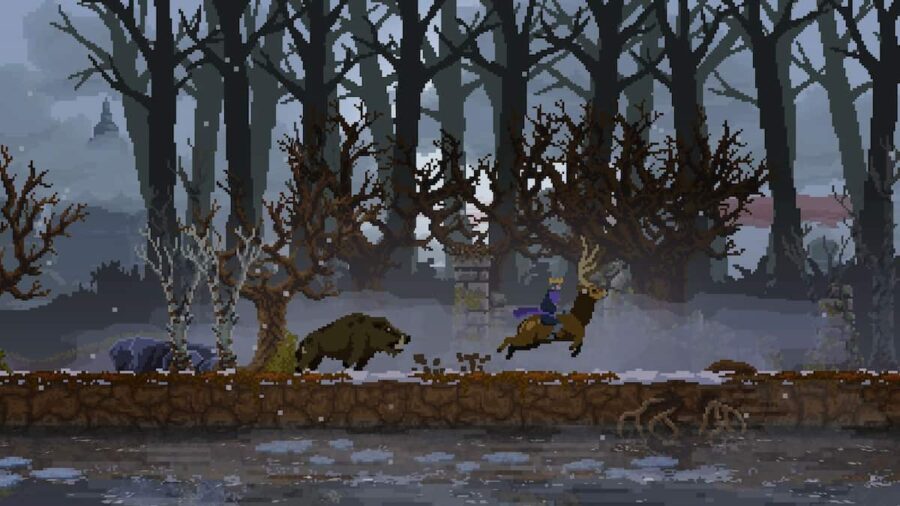 Kingdom Two Crowns offers a vast array of mounts for players to use, but many of them are merely cosmetic. Very few of them are worth your time and money and unlike many other tasks, getting these does not require speaking to Hermits. Listed below are the best mounts in the game along with their stats.

This is essentially a dire wolf from Game of Thrones. They're huge, deadly, and can be ridden by the player to get where they need to go. We believe this is a dire wolf because players can find it on Dire Island.

They provide you with a charge attack that you can use to fight off enemies, which plays well with their average stamina rating and normal speed. They may not do much, but they look cool, which landed them on this list.

This is a pretty good horse, which is why it is on the list. The only real magical thing about the Unicorn is that it will also drop coins occasionally, which is an added benefit. They move at incredible speeds on the plains and have a fairly average stamina level. Players can find this mount on the final island in the story mode.

Related: How to get and use Hermits in Kingdom Two Crowns

Although golems aren't what usually come to mind when thinking of mounts, they work in Kingdom Two Crowns. They're more of a defensive mount than one that's used to travel long distances.

The golem can summon barriers made from roots to protect itself. Because golems are always made of magically infused stone, the fact that they have almost no stamina and are extremely slow is fitting for the creature they are. They also look mean, which we consider a plus.

The Griffin looks cool and has some great stamina and speed, so it's pretty high on this list. It's incredibly fast and has great stamina to match.

Among its abilities, it not only eats rats to increase stamina, but it can also push greedlings away with its wing flaps. Hence, it not only eliminates those pesky rodents but also receives some benefits in the process.

Many people ignore the Stag because the Griffin is more attractive. As far as stats are concerned, it is the best mount players can find in the game. Any deer you encounter will be captivated by it, and it arguably has the fastest travel speed possible through forests. With the Stag, you cannot go wrong, and there is nothing more majestic.

For more games like Kingdom Two Crowns, why not check out Best Indie Games On PC You Should Play here on Pro Game Guides!