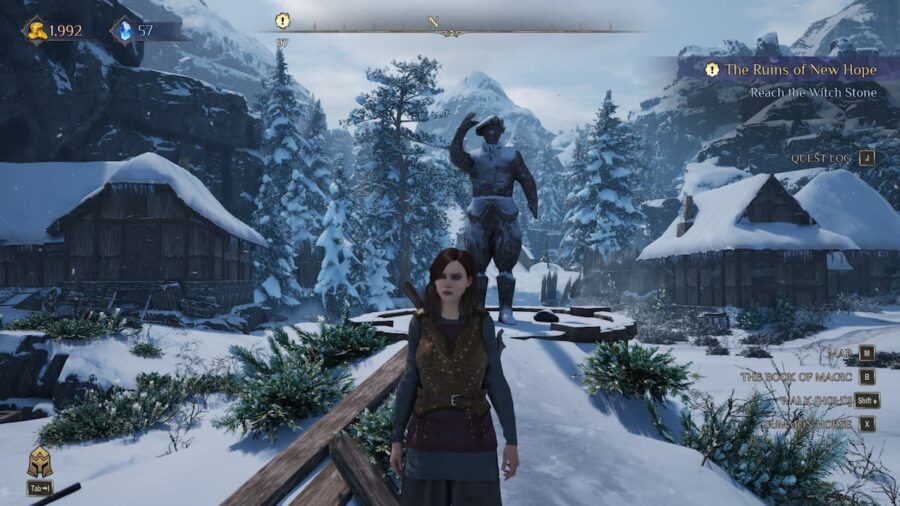 If you are playing as Katharine, not long after your first battle in New Tyrene, upon walking/riding past the statue, she will comment about finding the missing arms for it. This doesn't seem to be an actual quest, more of something optional you can do.

The arms are straightforward to find. The right missing arm is located to the southwest of the statue sitting on a bench. To the left of this, up towards a small house, is also a chest you can open for loot. This is southwest based on the map, which you can open up by pressing back on controller and M on keyboard.

When the two have been found, walk up to the statue and press the prompt that appears to combine the two arms with the statue, then interact with it once more. The statue will animate and salute. This will open up a wooden gate in the floor, and a treasure chest will rise for you to loot!