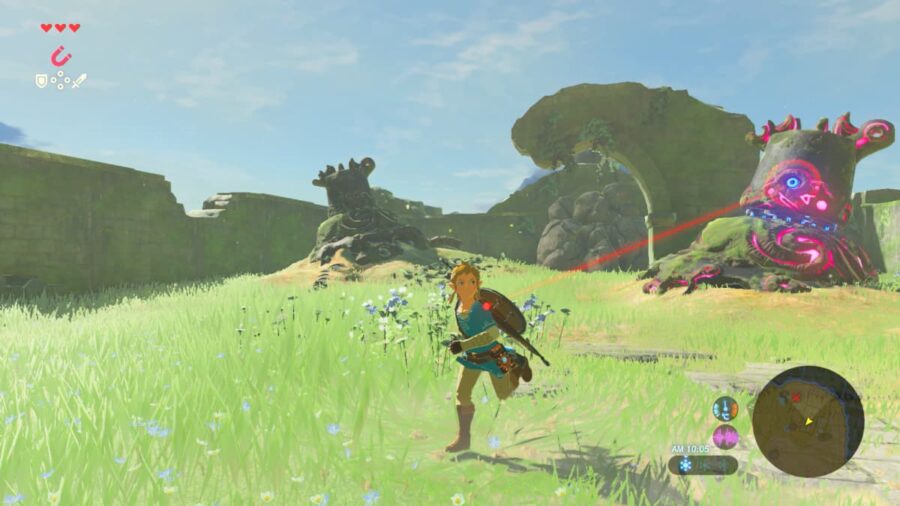 If you want to beat Thunderblight Ganon in Zelda Breath of the Wild, you must use a one-handed weapon and a shield. The best weapon to use would be a sword such as the Guardian Sword or Master Sword. Having one of these swords or something similar alongside a shield is recommended. In short, having a decent one-hand weapon and shield will allow you to block the boss's attacks and deal decent damage during both phases of the fight. That said, here's how to beat Thunderblight Ganon during both stages of its Boss fight.

Related: Breath of the Wild 2 Italian voice actor may have leaked game info

When Thunderblight Ganon starts the second phase of the fight, we recommend heading to the high ground on a nearby platform. This is because, during the second phase, Ganon will start dropping stone pillars on the ground, which deal heavy damage. Thunderblight Ganon will also be mid-air while he is dropping the pillars. To get Thunderblight back down to the ground, you will want to use the Magnesis ability to pick a pillar up and drop it on him. Doing so will make Ganon fall back to the ground where you can finish him off with fury strikes.

How to beat Thunderblight Ganon in Zelda Breath of the Wild