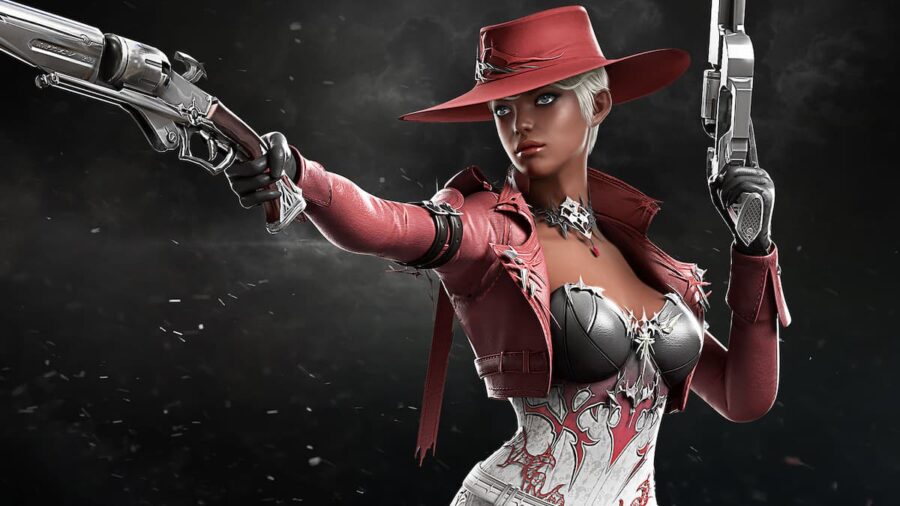 The Gunslinger is the female, gun-toting damage dealer of the Gunner class in Lost Ark. They focus on high mobility and damage output, making them one of the strongest DPS classes in the game. To get the most out of the Gunslinger advanced class, you will want to make sure you are running the right build. Here is our Lost Ark Gunslinger Build Guide.

The Gunslinger is Lost Ark's ultimate ranged PvE class. Gunslingers wield three guns while, have boosted crit rates, and boast extremely high movement speeds. The only drawback to the Gunslinger is that they are very technical, which can make the floor of entry pretty high. With the help of Gunslinger's Identity Skill, players will have answers to every situation.

The Gunslinger's Identity Skill gives them the ability to switch between three different weapons on the fly. You have the Dual Pistols, which take full advantage of the class's mobility and provide the best utility. You have a Shotgun, that specializes in burst attacks and close range. Lastly, you have a Rifle that excels at dealing damage from a long range. Combining these different weapons and their unique skills in battle leads to unrivaled damage capabilities.

The Gunslinger will perform best when your build focuses on maximizing the class's overall damage capabilities. Players will receive skill points each time they level up and should work toward the below build as they level up to max level. It is recommended that you first max out skills that you use most often or are the most powerful, then fill in the rest of the skills from there. You shouldn't worry about what skills you level first, as you can reset your skill points at any time if you need to.

Once you’ve reached level 50, you can start taking advantage of Engravings. Each class has two Class Engravings, which slightly alter the way your class functions. For Gunslinger, these are Time To Hunt and Peacemaker. This build focuses on maximizing your damage and increasing your survivability. Therefore, you will want to use the Peacemaker Engraving.

You will also have access to some general Engravings that can further increase the Bards utility. These can be leveled up a maximum of three times and activated using Engraving points on rings, necklaces, and earrings. Below are a few great Engraving options for Gunslinger.

So there you have it, that is our Lost Ark Gunslinger Build Guide. This is an all-around Gunslinger build, so keep in mind that there are builds that are more focused on specific types of content. Builds are somewhat subjective, so feel free to tweak this build to fit your playstyle as needed.