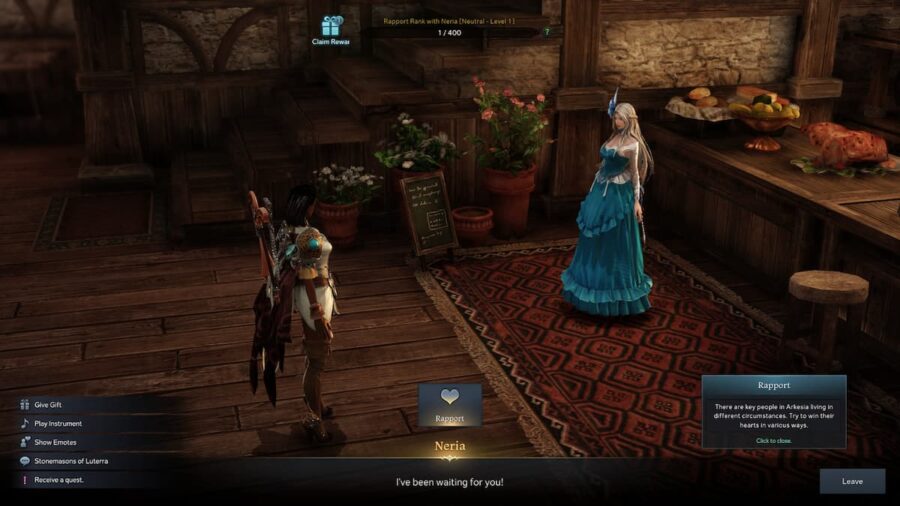 As you progress in Lost Ark, you will meet many NPCs on your journey. Many of these play an instrumental role in the story, while others can be befriended through Rapport which will cause them to give you gifts. This may leave you wondering what Rapport is and the best NPCs to build Rapport with in Lost Ark.

Related: How to build ships for Dispatch Missions in Lost Ark

How to build up Rapport in Lost Ark

To build Rapport with NPCs in Lost Ark, you must give them Rapport items. This will increase their Rapport level, and the higher it goes, the better the rewards they will give you. You can also perform songs or emotes. Sometimes, you will need a certain virtue point score as well.

If you have a Crystalline Aura active, you can see exactly what gifts, songs, and emotes the NPC prefers. This takes the guesswork out of raising their Rapport level and lets you focus on the best Rapport NPCs.

While there are numerous rewards you can get through Rapport, there are some NPCs that offer better rewards. These are Giant's Hearts, Omnium Stars, Island Souls/Isle Tokens, and to a lesser extent, Gold. Here are our recommendations for the best Rapport NPCs in Lost Ark.

For more information on Lost Ark, check out How to unlock skins for your ship in Lost Ark and When can you research Cabin Expansion in Lost Ark? on Pro Game Guides.