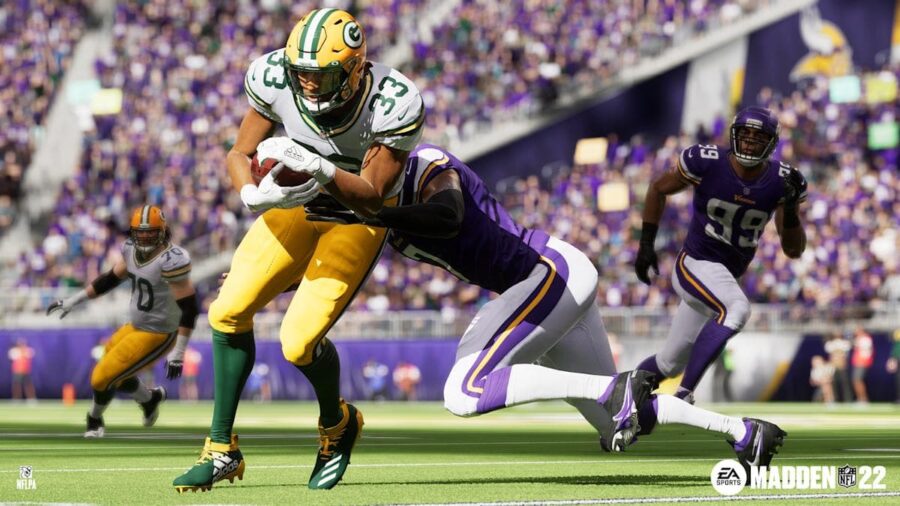 The NFL season kicked off with some impressive Week 1 matchups. A number of players had great or poor games in Week 1, so their overall ratings will be adjusted by the official Madden Ratings Adjuster, former NFL star Chad Ochocinco. The key players who received ratings adjustments include Derwin James, Chandler Jones, and Aaron Rodgers.

Chargers Strong Safety Derwin James received a ratings boost following his Week 1 performance of seven tackles and a pass deflection. James spent the entire 2020 out with a knee injury, but his first performance back proves he belongs in the top five safeties in Madden 22.

Arizona Cardinals OLB Chandler Jones earned five sacks in Week 1, earning himself a substantial ratings boost to his pass rush ratings and awareness. This ratings boost pushes Chandler Jones closer to being the number one Outside Linebacker in Madden 22. Those playing against him in the game should probably double team or bring a Running Back to stop him, but that may not even be enough.

Rodgers has been considered one of the best quarterbacks in the league for a long time and is coming off an MVP year. However, the star QB struggled in his Week 1 matchup, throwing two interceptions and zero TDs. His rating has only dropped one point so he is still one of the best QBs in the game, but his rating may continue to fall if he keeps struggling in the weeks ahead.

To say Jameis Winston had a lot to prove in Week 1 is an understatement. The Saints QB entered this year as a 73 overall, lower than most rookie QBs entering the league. Winston was a backup QB last year, but has embraced the starter position this year with an extremely impressive Week 1 game. Winston received a boost to his awareness, carrying, short throw accuracy, and medium throw accuracy ratings.