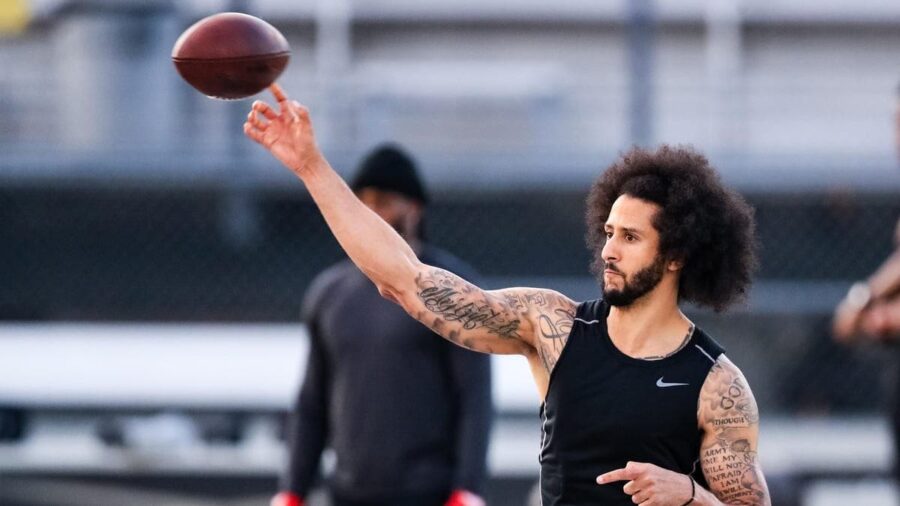 All of the Madden 22 ratings have been released, and many fans are noticing some surprises. Every year there are endless debates on who deserves what rating, but many fans are in agreement that a particular player has an odd rating.

Former NFL QB Colin Kaepernick is available in Madden 22 and is rated an 81 OVR. While Kaepernick had impressive accolades throughout his career, like taking the 49ers to the Super Bowl in 2012, breaking the single-game rushing record for QBs in his first postseason game. However, these accomplishments were years ago, and fans are wondering how Madden determined he is an 81 OVR.

Kaepernick became a free agent in 2016 after controversy arose from the QB kneeling in protest of police brutality during the National Anthem. Kaepernick has not played in the NFL since then and has been an outspoken advocate for civil rights. The former QB has expressed interest in returning, but has also accused the NFL of blackballing him.

The issue with Kaepernick having an 81 OVR is not only that he has not played in five years, but that he has a higher OVR than several starting QBs in the league currently. Kaepernick has a higher rating than last year's ROTY Justin Herbert, and former two-time Pro Bowl QB Jared Goff. Kaepernick is also ahead of veteran QBs that have been playing since he was in the league like Ben Roethlisberger, Cam Newton, Ryan Fitzpatrick, and Nick Foles.

Kaepernick's rating is hard to explain given that he has not played in the NFL in years. His last year in the league was riddled with injuries and many losses, but Kaepernick was always an extremely mobile QB who presented many matchup problems. However, it is very unfair to the players who are currently in the league performing weekly to be ranked lower than Kaepernick.

Colin Kaepernick is not on a team roster in Madden 22 but can be added to a team by editing the roster or drafting him in a fantasy draft in Franchise Mode. It is notable that Kaepernick had the same rating in Madden 21, which also received criticism.