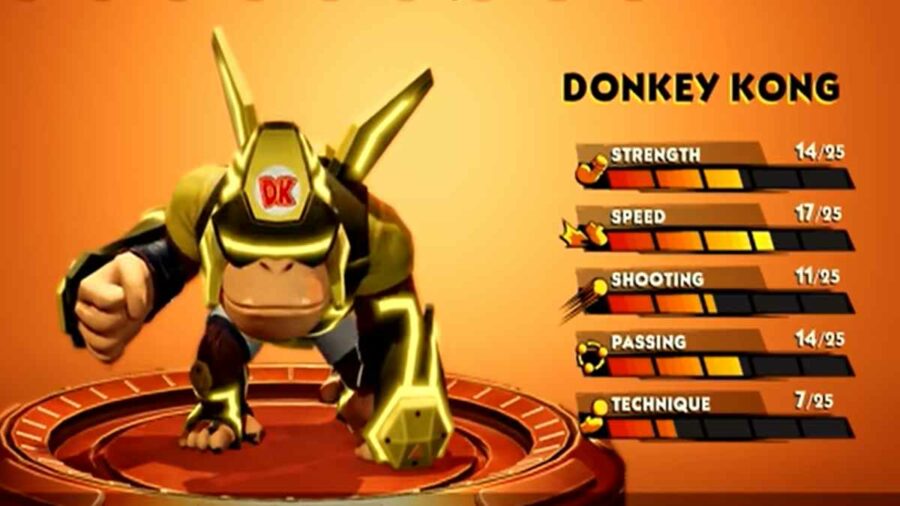 Choosing which character to play in Mario Strikers: Battle League can be difficult, but it is even more difficult figuring out how they should be played. There are ten playable characters, each with their own set of Stats and Hyper Strikes. An easy solution is to build a character's Stats using Gear to make them fit your gameplay style.

Donkey Kong is a high Strength and high Passing character. This means that he can easily overpower opponents on the field and be a reliable defender for his team.

Donkey Kong players can double down on the character's strongest stats, making him a real powerhouse during a match. Going down this path solidifies the character as a strong defender, so this is a great option for players who like to fill that role.

Using the Gear listed below, players can make Donkey Kong a more balanced character. This is a great choice for players who like to fill many different roles on the field.