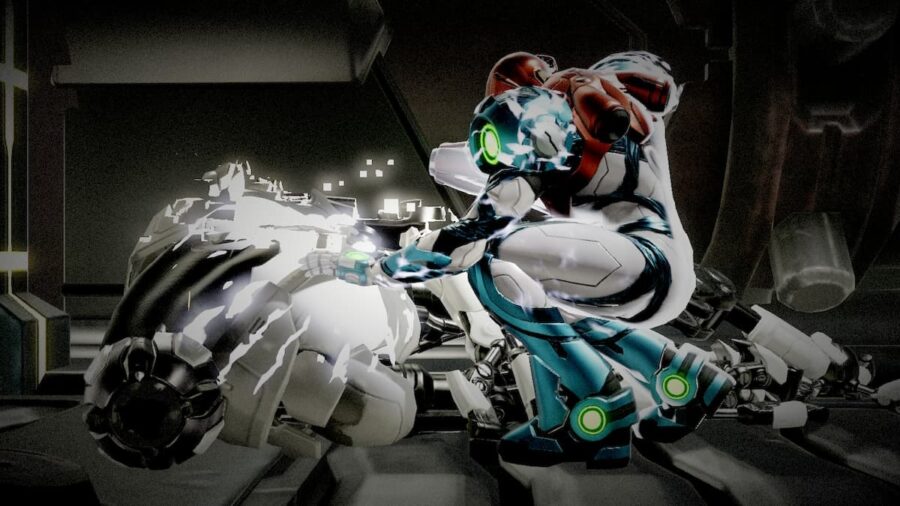 Metroid Dread is a classic Metroidvania, mostly because it is in the name and because you must unlock new abilities to progress. Some areas and spaces will be unavailable to you until you unlock a new ability. For instance, you may have seen glowing blue walls that you cannot bypass. You will need the Spider Magnet for these.

To unlock the Spider Magnet, you will have to face down the E.M.M.I. in Artaria. Unlike the first damaged E.M.M.I. you encountered, this one is at full strength. You will need to utilize the Omega Cannon, destroy its armor plating, and then finish it with a fully charged blast.

Related: How to defeat Central Units in Metroid Dread

While grabbing these blue walls and ceilings, Samus can still fire her arm cannon and missiles. Using these is a great way to move around the environment and attack enemies from better angles.