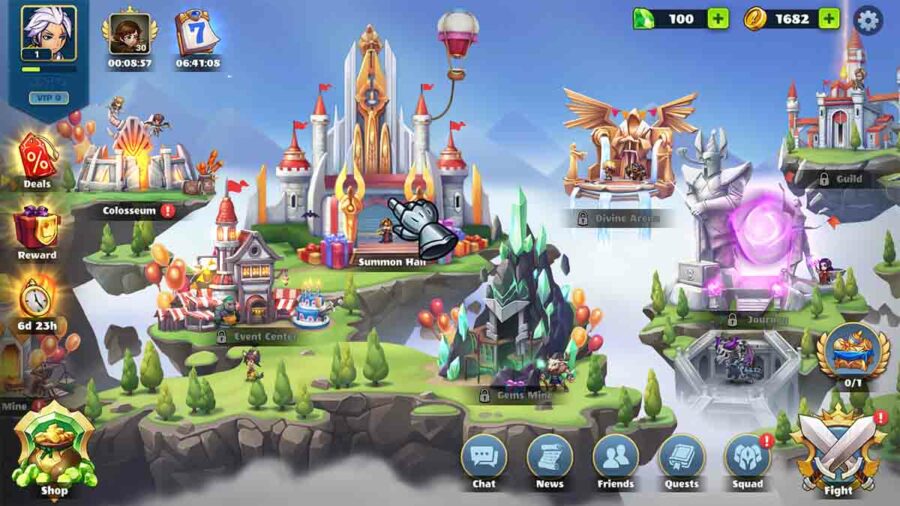 You may be familiar with Mighty Party if you've used Facebook, TikTok, Instagram, or played any free mobile games since it has been featured in many ads. Mighty Party consists of two parts. The first is the quick battle, where you are given a number and need to defeat other people in a castle whose number is lower than yours. When you beat an enemy, your number increases, but this has no effect on the game and is more of a mini-story. After that, there's the battle, where you have to use strategy and unit placement to win. This will give you coins, experience, and gems. The goal is to build a strong army to defeat your opponents.

The codes for Mighty Party below will give you more Gems, Copper Coins, and other items you can use in-game. By doing this, you can skip some of the monotonous grind and get ahead of your opponents. Ensure that the code is copied and pasted into the correct location to avoid mistakes. Please let us know if you find any codes that are not listed below and we will add them.

For more codes for games like Mighty Party, check out Mobile Legends: Adventure Codes, Titan Warfare Codes – FREE keys & cash!, and Dislyte Codes – Free Gold, Nexus Crystals, & Gold Records. Use our codes to get the edge and skip the grind!

Here's a look at all the working Mighty Party codes.

These codes for Mighty Party no longer work.

Here’s everything you need to know regarding Mighty Party codes.

How to redeem Mighty Party codes

To redeem codes for Mighty Party, you’ll need to get out of the game or open a new tab.

How can you get more Mighty Party codes?

The best way to keep on top of codes is to come back to this page frequently. We update the page as new codes release. If we get any reports on codes that work or don’t work, we will double-check them so that you have the most up-to-date information.

You can also follow the game on Twitter and Discord. Codes are mostly released on Twitter, and if you're a member of Discord, you'll be notified when codes are posted.

Your ID is wrong. Make sure you’re entering your ID, found in your profile, instead of the name you use in the game. Check our How to redeem Mighty Party codes above for specific instructions.

What is Mighty Party?

Mighty Party is a game that tasks players with building an army strong enough to beat other players and enemies. Initially, players are given a basic set of troops, which can be upgraded to become more powerful. Players place soldiers, archers, and mages, and then your troops fight the enemy in a combat phase. As soon as you win, you're rewarded, and then you go on to fight harder battles. To fight other players, you have access to a PvP arena and a hub where you can upgrade and buy troops.