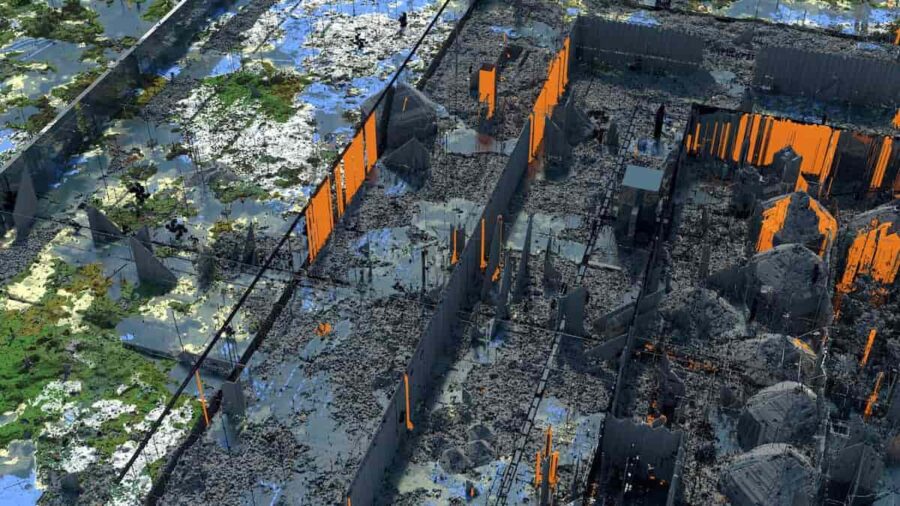 2b2t is the oldest anarchy server in Minecraft. Originally known as 2builders2tools, and founded in 2010, the server's decade of operation makes it one of the longest running servers in the entire game. The server has no rules, no authority, huge amounts of griefing, hacking and exploits. Despite being the literal incarnation of anarchy in Minecraft, users still flock to the server.

To access 2b2t, head to the Multiplayer section in Minecraft. Select Direct Connection and type 2b2t.org into the IP section. Then you’ll find yourself in the server’s famous queue. 2b2t is the most popular anarchy server, and has a priority queue for donors and longstanding members. Regular queues can often be around 400 players long.

Once you’ve sat through the queue, the next task is escaping spawn. The spawn in 2b2t is a deadly place, with more established players roaming around looking to kill newbies. If you can escape spawn, you’ll be able to start properly playing on 2b2t. But that is no easy task.

Related: How to join the Hypixel Server in Minecraft?

2b2t is an anarchy server. This means anything goes. There are no rules. This is not limited to and includes illicit and illegal activities. Other players on 2b2t will actively try to hack your account, socially engineer your login details, and use hacked clients to gain unfair advantages. You should not play on 2b2t unless you are aware of the dangers and have taken appropriate steps to protect yourself.

What Version does 2b2t Run On

2b2t runs on the Minecraft 1.12.2 version. This means the server has not been updated since 2017 and the World of Color update.

However, this isn’t due to neglect. On such a large server, with sometimes close to 300 concurrent users, 2b2t has struggled with stability on newer versions. For example, the introduction of Kelp in the 1.13 Update Aquatic caused huge issues for the server, due to the amount of new entities generated in oceans.

As a result, 2b2t has remained on 1.12.2 since 2017. The server’s admin, Hausemaster carried out a test in 2021 which has renewed hope for the server being updated, but many doubt 2b2t will ever update

Does 2b2t really have no rules?

2b2t is an anarchy server, but occasional admin interference has been noted. The administrator, Hausemaster will step in to prevent lag machines, and other server-damaging exploits from being used. Additionally, illegal and hacked items are often deleted, and items on top of the Nether Roof have been removed in the past.

Beyond this though, Hausemaster’s intervention is limited. Lava casts litter the landscape as people constantly grief and harrass players. There’s spam, trolling, hacks, and obscene language. Unless you’re prepared for this, it’s best to stay far away from 2b2t.