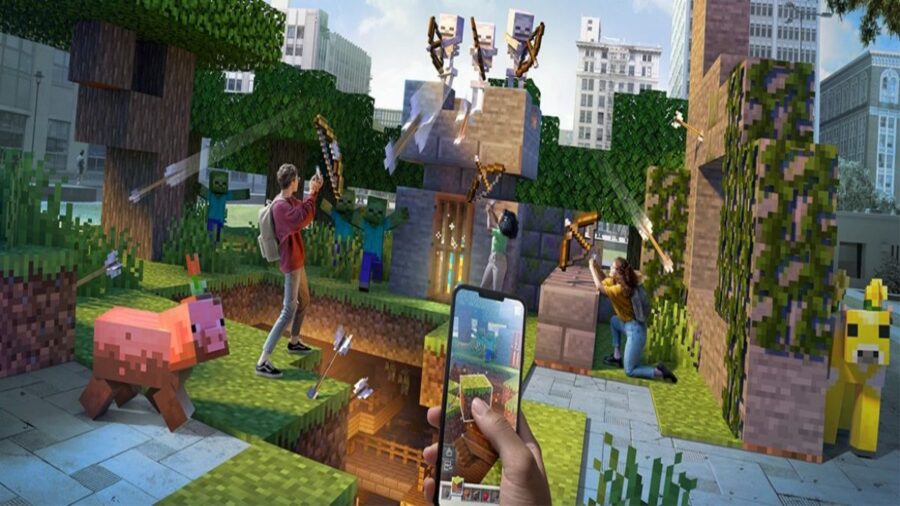 Today, Mojang has just announced in an article on their official site that Minecraft Earth, their Pokemon go style mobile game, will be receiving its final update, and support for the title will cease in June 2021.

Along with the end date being announced, it was also revealed that today Mojang would release the final and last update for Minecraft Earth. The update will make several changes across the board to make the remaining time players have with the game a fun one. Later on, in their article, Mojang explained the following changes below being added with the update in detail.

At the end of the article, Mojang stated that on June 30th, all development and support for the game will stop. After the date, players won't be able to download and play Minecraft Earth; So if you want to spend some last moments with the game, now is the time to do it.

Along with the official end of support date, Mojang has also stated that all players who have spent money and purchased items with rubies will receive Minecoins, which they can use on the Minecraft marketplace.

If you want to find out more regarding this news, visit the article Mojang made here, and if you want to know more about Mojang's process for shutting down Minecraft Earth, they have a FAQ with a bunch of questions and answers already listed.

For more on Minecraft, PGG has you covered. You can find both guides and news stories on nearly everything for the game on our game page for Minecraft.

How to make a Blaze Farm in Minecraft

How to get apples quickly in Minecraft?

How to host a Minecraft server on your PC

How to enable cheats in Minecraft